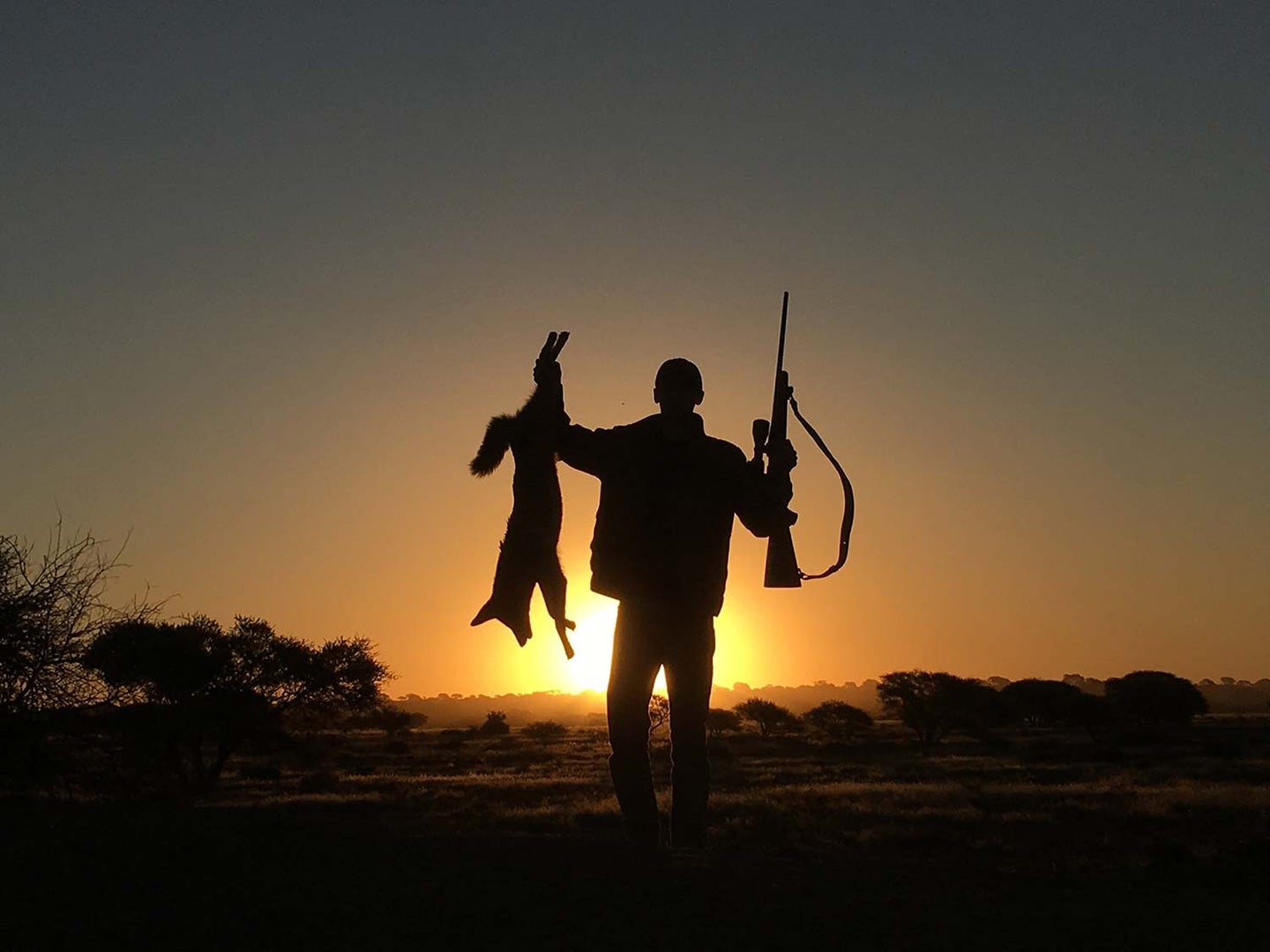 Merriam-Webster defines a varmint as “an animal considered a pest” or more specifically “one classed as vermin and unprotected by game law.” Because few critters are completely unprotected in at least some way, varmint hunters consider a wide range of critters as prey, encompassing everything from prairie dogs to coyotes, and even feral swine. With hog hunting being a sport of its own, here we’re interested in animals like ground squirrels, jackrabbits, rock chucks, raccoons, fox, bobcats, and coyotes. Assembled with the help of professional hunters across the globe, here are the 10 best cartridges for varmint hunting ever made.

If there was ever a cartridge perfectly suited for ground squirrels, it’s the .22 LR. It doesn’t have a lot of reach, and it will not explode ground rodents like higher-velocity centerfire cartridges, but it does provide hours–no, days–of recoil-free, low-noise, inexpensive varmint hunting. And since this cartridge is chambered in just about any firearm you can imagine, you can put the heat on ground-dwelling rodents with everything from a single-action revolver to an AR-patterned semi-auto rifle. Many serious varminters use their centerfires for the long shots, and while barrels are cooling, they take out the closer targets of opportunity with a .22 LR.

Though some thought the .17 HMR would be the death of the .22 Magnum, it didn’t happen. However, it did revitalize the interest in varmint hunting with rimfire rifles. With its unheard-of velocity for a rimfire cartridge and the explosive nature of its itsy-bitsy bullets, the .17 HMR quickly became the low-cost, mid-distance alternative to the ear-splitting and more-expensive-to-shoot centerfire rifles in prairie dog towns across America. Though it’ll work for vermin as large as bobcats and coyotes, the .17 HMR’s forte is ground squirrels, prairie dogs, jackrabbits, and groundhogs. It’s a tool every serious varmint slayer should have in their gun safe.

The .17 HMR probably came closer to killing the .22 Hornet than the .22 Mangum. The Hornet, which was introduced in the 1930s, became an iconic varmint hunting cartridge. And, while the .22 Hornet delivers much more energy than the .17 HMR, today’s lack of varied varmint loads and the higher cost of ammunition led to its decline in popularity. Nevertheless, if you’re looking for a centerfire varmint cartridge with minimal recoil and the ability to deal with any varmint out to around 300 yards or so, you’ll be hard-pressed to find something better.

Professional hunter Leon Duplessis of is addicted to calling jackals and caracal. Also, as a skilled handloader, he understands ballistics. For hunting in Africa, where the varmints closely parallel those in North America, Duplessis believes the .204 Ruger is an ideal solution. Based on the .222 Remington Magnum and introduced to the world in 2004, the .204 Ruger was an instant sensation. It’ll exceed 4,000 fps, and those tiny bullets will explode inside of varmints. With an effective range similar to the .223 Remington, its only downside is ammunition availability. However, if you’re a handloader like Duplessis, that is not an issue.

The .223 Remington will easily take care of any varmint out to around 500 yards, but at extreme distances loses its punch. On the plus side, .223 Remington ammunition is the least expensive and easiest to find of all centerfire rifle cartridges, and it comes in many variations. It’s unquestionably one the best AR-15 compatible cartridges for varmints. Though it will never reign as the best all-around varmint cartridge, it will very likely always be the most popular. Professional guide Mark Mackenzie considers the .223 Remington the best varmint cartridge you can buy.

As the new kid on the block, the .224 Valkyrie takes a lot of heat from old-time varmint hunters. As with the 6.5 Creedmoor, some shooters express their lack of basic ballistic knowledge and consider it a soon-to-fade fad. Of course, they have no idea what they’re talking about. The Creedmoor-inspired .224 Valkyrie uses a 6.8 SPC case necked to 0.224 caliber. However, the cleverness of the design—just like with the Creedmoor—lies in the faster twist rate in .224 Valkarie rifles, along with a modification to the case that allows longer, higher-BC bullets to be used. The .224 Valkyrie is the flattest shooting 0.224 caliber cartridge you can put in an AR-15. It’s clearly the best varmint cartridge of the new millennium.

Now almost as obscure as the cartridge it was created from—the 6mm Lee Navy—the .220 Swift was once the darling of the varmint fields. Professional hunter Geoffrey Wayland considers it the preeminent varmint cartridge, and it’ll do anything a varminter needs done—well beyond the distances that most varmint hunters can hit anything. Nothing between a ground squirrel and a coyote can withstand a 35-grain Nosler Ballistic Tip bullet at more than 4,400 fps. The .220 Swift requires handloading for the best performance, and it’s usually only found in used or custom guns, but it remains one of the finest and most iconic all-around varmint cartridges to ever.

One claim to fame of the .22-250 Remington, which was introduced in 1937, is that it eventually ended the supremacy of the .220 Swift. With a more modern cartridge case, which was based on the 250/3000 Savage, the .22-250 works smoothly in bolt-action rifles, and with the lightest bullets, it out-paces the .220 Swift by almost 300 fps. Though the recoil in sporting-weight rifles is a bit much to allow you to see bullet impacts inside of 200 yards, the .22-250 Remington is the undisputed king of varmint cartridges.

As one of the most popular cartridges ever invented, the .243 Winchester is credited with killing the 6mm Remington in the same way the 6.5 Creedmoor buried the .260 Remington. Built from the beginning with a faster twist rate, the .243 came out of the box capable of handling fast-stepping varmint bullets and 100-grain big-game bullets. African PH Thys Van Rooyen thinks it is the ideal varmint cartridge saying, “It’ll put a jackal’s nose in the dirt.” As the world’s most well-known and popular 6mm cartridge, the .243 Winchester will push a 55-grain bullet in excess of 4,000 fps and turn ground squirrels into a grisly red vapor.

Though considered a cross-over cartridge—well suited to varmints and big game—the .257 Roberts was wildcatted by gun writer Ned Roberts in the 1920s for the specific purpose of shooting groundhogs at extended range. The .257 Roberts, loaded with a Hornady 75-grain V-Max, is a mild-recoiling, 3,600-fps rocket that’ll eviscerate a groundhog and knock the yodels off a coyote out to the limits of your shooting ability. This necked-down 7×57 Mauser cartridge pre-dates the .25-06 Remington by more than 30 years and has a cult following that will not fade. Though factory ammunition is rather anemic and limited, the “Bob,” as it’s often called, continues to hang on for good reason.