12 Easy Ways to Wreck Your Rifle

How to harm accuracy, ruin a finish, promote misfires, or simply render your gun inoperable 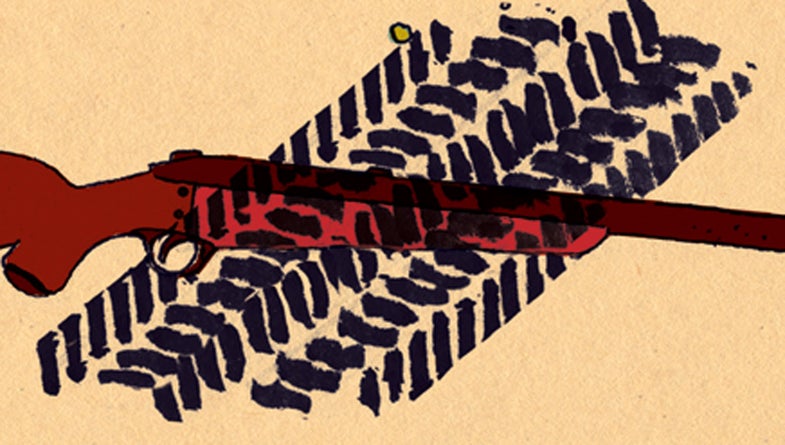 “Dear Dave,” read the e-mail, “I want to buy a new rifle but my wife says my present one is perfectly good and to quit whining. What should I do?”

Easy. Just do what thousands of shooters do every year: treat your rifle so horribly that it must be replaced. Here’s how.

Just as great chefs go heavy on the butter in just about everything, great gun wreckers slather on the lube. You can use a can of 10W30 or the latest miracle gun oil that is guaranteed not to gum, attract dirt, or go rancid. The results will be about the same.

[2. If your rifle needs work, give it to your friend who will fix it for free

This applies especially to trigger work, as amateur trigger jobs introduce the possibility of your killing someone, which makes shooting all the more exciting.

3. Do not wipe down your stainless-steel rifle

The “stainless” steel used for rifle barrels and receivers is merely corrosion resistant. Water will rust it slowly. Blood, sweat, and other electrolytes will rust it quickly. Take your pick.

4. Store your rifle someplace where air cannot circulate around it

Zipped up in a cheap vinyl soft case will do very nicely.

5. And if you really want to store it right, plug the barrel at both ends

A big gob of sticky grease at the muzzle should trap all kinds of moisture-laden air.

6. Accumulate as much copper fouling as possible in the bore

Bullets with pure copper jackets are especially good for this. A healthy coating of copper not only looks nicer than plain bare steel but will destroy your barrel’s accuracy and pit the bore for good measure.

You have better things to do with your time. You do believe that guns don’t need cleaning if you shoot modern ammo, right?

8. When your rifle is not in use, leave it standing where it can be knocked over

A single fall onto concrete or rocks can add years to your rifle’s appearance, saving you untold amounts of effort.

9. Loan your rifle to your friend whose pickup looks like it was used at the Battle of Stalingrad

Chances are he will take the same kind of care of your gun that he did of his truck.

10. If you fly with your rifle, do not spend a lot of money on a good hard case

11. When you’re in a vehicle with your rifle, let the muzzle rest on the floor

The tiniest chip or ding at the front end of the barrel will do it in. There’s a possibility of bonus damage here, too: In South Carolina about 20 years ago, a fellow I was hunting with left his muzzle resting on the floor and the gun went off, mortally wounding his transmission and dramatically illustrating why loaded guns don’t belong in vehicles.

12. If you have a rifle in a military caliber, shoot cheap ammo with never a care

So what if it was made in an obscure Eastern European country in 1951? Do you think there’s something wrong with it? Are you some kind of snob or something?

RELATED: How to Trash a Shotgun