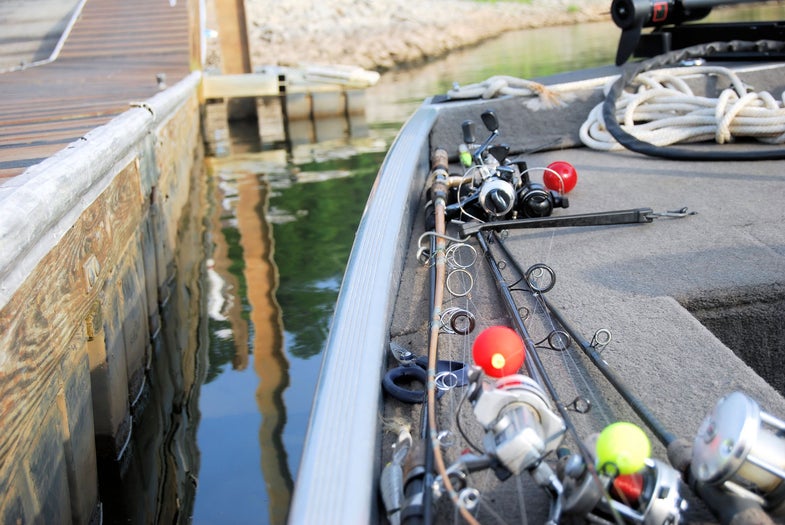 Matthias Munson and Natasha Rickard, of Monticello, Minn., are facing a combined six felonies for the theft of fishing gear over the 4th of July weekend. The 103 fishing rods, 56 tackle boxes, and five fish finders were recovered at Munson’s camper in Snake River Campground, near Mille Lacs Lake, in Minnesota, according to Kanabec County Times.

Multiple agencies took an interest in the case after a rash of burglaries swept across local boat docks, motels, and campgrounds. On July 4th, a vehicle matching the description of one spotted near the location of a theft earlier in the day caught the attention of an officer, who pulled over the pickup for questioning.

Noticing an unusual number of rods and tackle boxes in the bed of the truck, the officer asked the driver about the brands of equipment in his possession. Munson wasn’t able to accurately describe the rods, and Rickard confessed that Munson had a large amount of other fishing gear at his camper.

The property recovered at the camper matched the description of much of the recently stolen gear. Members of local fishing forums have reported other losses, too, with one angler claiming that his boat cover was cut open, another that his boat keys were stolen, and a third that his trolling-motor remote was taken. There’s no further information on which items have been returned to the victims.

Munson is scheduled to appear in Mille Lacs County District Court on July 18, and Rickard on September 26.