Essential advice about caring for your most trusted hunting buddy 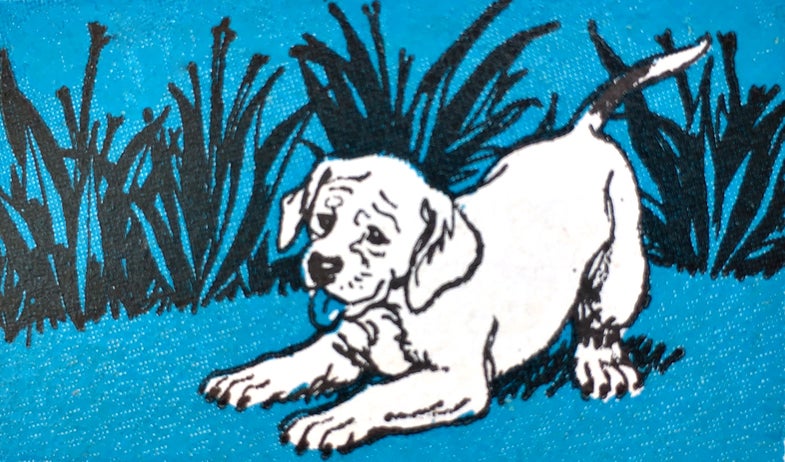 For three and a half decades, H.G. “Tap” Tapply dished out serious outdoor know-how in his hugely popular Field & Stream column, “Tap’s Tips.” He covered all things fishing, camping, and hunting, but he had a particular expertise when it came to gun dogs. Here, we’ve collected 17 of his tips from the ’60s and ’70s all about working with and caring for your most trusted hunting buddy. Though some of the advice has dated, much of it is still as helpful today as it was when it first appeared in print. —The Editors

Most dog owners worry when their dog’s nose feels warm and dry. This does not mean the animal is sick, unless the condition persists for a day or two. The normally cold, moist nose results from evaporation of discharge from a gland inside the nasal cavity.

Here’s a tip for those who hunt with dogs in cactus country, from J. C. Stelzer of Post, Texas: Take a table fork along and use it to remove cactus from the dog’s legs before he can get it in his mouth. Insert the tines under the cactus stem and jerk it free.

When you buy a bell for your bird dog, you will probably find that you prefer one that tonkles rather than one that tinkles. The lower tone seems to carry better in the woods. And don’t worry about scaring the birds; the bell doesn’t seem to bother them.

To a dog, happiness in hot weather is made up of simple things: a patch of shade at midday; a dish always filled with fresh, cool water; a bit of soft ground to dig in; a chance to go for a ramble in the cool of the evening–things every owner can easily provide.

Because dogs never close the door behind them when they go into their doghouse at night, a self-closing flap is desirable in cold weather. Fasten a canvas cover over the opening and weight the bottom with a chain the width of the doorway.

Many bird hunters believe spring is the best time to buy a new pup. It allows all summer for yard and obedience training, followed by flush-and-chase work on young birds in September, if legal. When the season opens the youngster should be about ready.

The first few nights in a new home are always difficult for a puppy, and lonesome for its mother and littermates. Ivan Coffelt of Edinburg, Va., suggests giving the pup used dog bedding. Apparently, the dog-smell makes him feel he isn’t alone.

Reflector tape attached to the collar of a night-hunting hound might save his life if he should dash across a busy highway. The tape glows brightly in a headlight beam, warning motorists to slow down. For two-way protection, be sure to tape both sides of the collar.

If you have heard that a purebred bitch can never produce a purebred litter after whelping mongrel pups from an accidental mating, don’t believe it. No “stain” results, and her next mating with a dog of her breed should result in a fine litter.

If your dog doesn’t like to ride in a car, it’s probably because of motion sickness, which he betrays by drooling. Frequent short rides on an empty stomach will usually cure him. Tranquilizers also help—but only those which your vet recommends.

Ted Trueblood has still another use for plastic jugs. He says birds used to visit his dog’s drinking pan and “befowl” the water, until he made a new one by cutting off the top of a gallon jug. Ted thinks that the sharp edges discourage birds from perching on it.

Don’t hesitate to have your bitch spayed if you’re sure you’ll never want pups from her. Most owners agree that spaying will not affect her hunting ability, and that she’ll stay thin if exercised and not overfed. Spaying can be done at any age, but preferably around the first heat.

When, exactly, is the best time to spay a bitch? All veterinarians do not agree. Some advise having it done before her first heat, while others recommend waiting until after the first, when she has reached physical maturity. Let your own vet decide.

Giving a dog medicine can result in a violent clash of wills unless it is done correctly. Like this: Pull out the corner of the dog’s lower lip, forming a pocket. Spoon the liquid in here, hold his jaws together, raise his head, and stroke his throat to encourage swallowing.

If there’s a new pup in your future, plan on getting it in the spring. Many breeders prefer to have their bitches whelp then, so it’s a buyers’ market with many more pups to choose from. You’ll also have all summer for starting the pup toward hunting season.

Dogs, being beggars, often con their owners into feeding them too much, too often. Vets usually recommend four meals per day from weaning to 4 months, three from 4 to 8 months, two from 8 to 16 months, and after that one feeding plus an evening snack.

Never worm a dog unless you’re sure it’s necessary. If you suspect worms, take a small bit of dropping to the vet for microscopic examination so he can confirm the presence of worms, and type. He may tell you the dog doesn’t have any.