Packing Heat: 3 of the Best Concealed Carry Handguns for Hunters

Thinking of packing heat in the woods? Here are three top self-defense guns 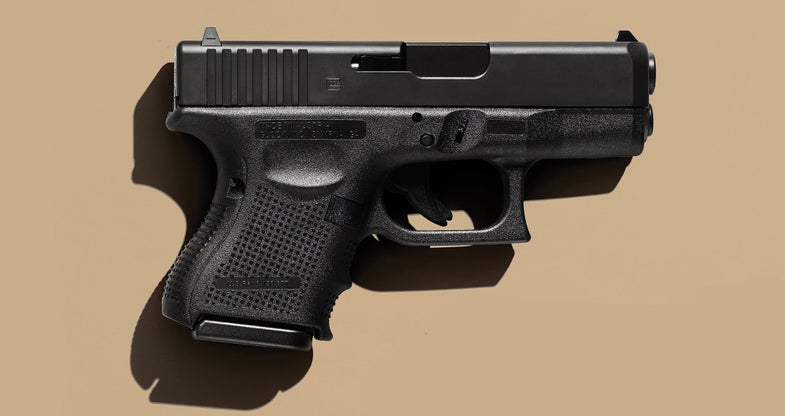 A decade ago, it was illegal in many states for a bowhunter to carry a handgun to the stand. The rationale was that if a deer walked by, we couldn’t be trusted not to shoot it with a pistol and then stick an arrow into it to cover our tracks. Times have changed. Fish and wildlife agencies have realized that broadhead holes and hollow-point holes look different. That, and that people inclined to poach are probably going to poach regardless. ­Legal carrying of concealed, defensive firearms has gained massive acceptance in general over the last decade. It makes sense that a person who packs heat to Walmart would also carry to the deer stand.

There are plenty of reasons to carry a handgun afield. But in this context, we’re not talking about bear protection or plinking around camp. These guns are not backup for dispatching wounded game (that’s usually illegal); nor are they suitable for actual handgun hunting.

The guns here serve one purpose: protection against a small, but real, set of dangerous people you could encounter in the woods just as easily as in a dark alley. These three models are compact enough for every­day carry but especially practical for the woods—​each is exceptionally reliable, weather resistant, substantial enough for the job, and equipped with good sights.

A stainless-steel wheel gun still makes sense for many outdoorsmen. In the hammerless snub-nosed version (shown), this one weighs 23 ounces and holds six rounds of .357 magnum. The K6S is now also available in double / single-action configurations with 3- or 4-inch barrels, and optional adjustable sights. It’s a full-sized revolver that’s still more compact and several ounces lighter than the competition, making it a good option for an all-around outdoors gun. The K6S claims the title of the lightest product .357 six-shooter available, but it’s a remarkably easy gun to shoot. Check availability here.

The subcompact striker-fired 9mm might be the most popular handgun category out there right now, and the Glock 26, introduced in 1994, is one of the originals. It’s not the smallest micro 9 on the market, but I still find it easier to shoot than much of the competition—especially the tiny single-stacks—and it’s no problem to conceal if you’re dressed for hunting. My 26 is a Gen 3 (they’re now on Gen 5), and it goes with me everywhere legally allowed. I’ve carried it on hunts from the Rocky Mountains to south Florida and put thousands of rounds through it without a single malfunction. Check availability here.

Some think the M&P 2.0 series is one of the most comfortable-to-shoot striker-fired autos out there, and I don’t disagree. I love the M&P 2.0’s grip texture, and its trigger pull is excellent. Multiple configurations are available, and in the Compact version, you can opt for calibers other than 9mm, including .40 S&W or .45 ACP. You can get yours with an old-school manual thumb safety, too—a feature I don’t mind a bit for an outdoors gun. With an accessory rail for a light and interchangeable grip inserts, the M2.0 Compact is a lot of gun for the money, and an all-around solid choice. Check availability here.

Kevin Michalowski, executive editor of the U.S. Concealed Carry Association’s Concealed Carry magazine, certified pistol instructor, and an active-​duty law enforcement officer, recommends carrying the same gun, in the same way, every day—​whether you’re in the woods or in town. “We suggest people carry their defensive firearm on their strong-​side hip,” he says. “It’s easiest to access there, and it’s the safest draw stroke. Shoulder and cross-draw holsters require you to draw across your body, and when you’re in a hurry, it’s easy to forget ­trigger-​finger discipline.”

Just as crucial as picking the right gun or holster is understanding the implications that come with armed self-­defense. Self-­defense laws differ from one state to the next, and you need to know them if you’re traveling for a hunt. And seek training. “Many people who’ve been around firearms their entire life have no concept of what it means to fight for your life with a gun,” Michalowski says. “Defensive skills, like other shooting skills, are perishable. If you don’t practice, you will lose them.” —W.B.