Just as Janey Briggs suddenly became hot, the .308 and the 6.5 Creedmoor have heated up so much they could... 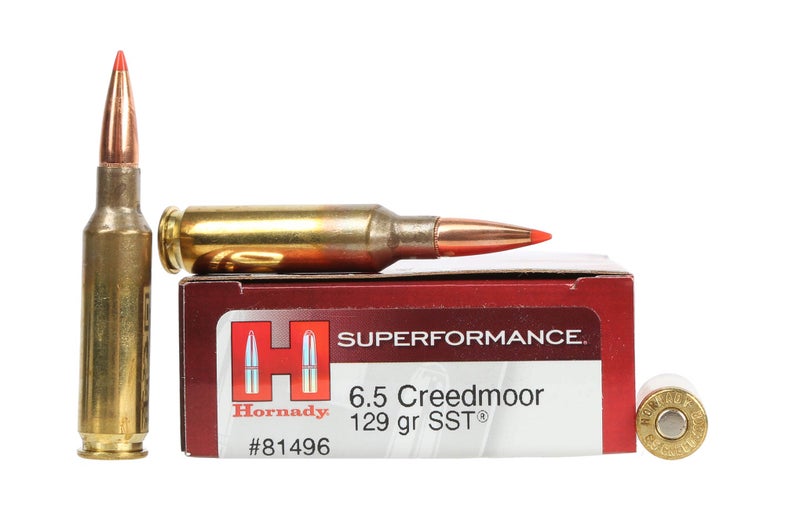 Just as Janey Briggs suddenly became hot, the .308 and the 6.5 Creedmoor have heated up so much they could cook pulled pork and not leave a single trichina cyst alive. The .308 is more than 50 years old. The 6.5 Creedmoor (not Creedmore, for God’s sake, my patience is not endless) was announced in 2007, and got off to a slow start. But this year at SHOT, all the trendiest new dual-purpose rifles, in addition to just about everything else, were being chambered for the .308 and the 6.5 Creedmoor.

The .308, if the truth* be told, never really cooled off. In 2015 it was the second-biggest-seller of all rifle cartridges in the U.S., beaten only by the .223, and has been winning hearts and minds since it appeared as the experimental T-65 in the early 1950s.

The Army developed the .308 because the longer .30/06 did not function all that well in automatic weapons, and the T-65 was considered to be a shorter replacement, albeit with the same ballistics. The .308, or 7.62 NATO, was adopted as the U.S. service cartridge in 1954, in the M-14 rifle. It had a short service life, losing out in 1965 to the much smaller and trendier 5.56mm, but when the Pentagon made the amazing discovery that not all infantry engagements were going to take place at 60 meters or less, and that snipers were a very effective means of changing people’s viewpoints**, they brought the 7.62 back as a sniper rifle, and as a designated marksman rifle. Where it remains on active duty to this day.

The .308 packs every virtue known to metallic cartridges. It’s commercially loaded for just about every game animal imaginable, the range of components ranges between yuge and inconceivable, recoil is mild, barrel life is long, ammo is everywhere, and accuracy is gilt-edged. Back in the early 1960s, benchrest shooters used the .308, and records were set with it, but the cartridge was eventually discarded because the demands of benchrest said less recoil. It’s no coincidence that in 60 years of shooting, the smallest groups I’ve ever fired were printed by a .308. If you want to handload it, there is no arcane body of knowledge that you must access. You load the thing and shoot it.

The 6.5 Creedmoor was cooked up by Hornady as a target cartridge. It was based on the .307 Winchester, from whose loins issued the .30 TC, which in turn became the Creedmoor. Hornady wanted a 6.5mm round in order to take advantage of the breathtaking ballistics of the many, many .264 competition bullets out there. They wanted a comparatively small case capacity (considerably south of the 6.5/284; slightly south of the .260 Remington) to keep down the costs for gunpowder, minimize recoil, maximize barrel life, and suppress component prices. They achieved all this, along with truly gilt-edged accuracy.

The Creedmoor got a slow start because it was for target shooters and they were fewer in number ten years ago than they are now. But then it caught on, and eventually the hunters realized how good it was, and the Creedmoor was off to the races.

I’ve heard it criticized for having short case life. Having handloaded the round, I can say this is a crock, and is the result of brain-damaged shooters stuffing in all the powder they possibly could to get a few feet per second more. You don’t need a few feet per second more. You get a load that shoots accurately and gives you no pressure signs and you let the very wonderful high BC bullets take over from there.

Both the .308 and the 6.5 Creedmoor are authentic 1,000-yard cartridges. Both of them will shoot every bit as well as you can, no matter how well you shoot. Both have impeccable manners. It’s very nice to see cartridges that are not flashes in the pan succeed like these two.

*This post is guaranteed to contain no Alternate Facts. It would save me a lot of work if I could make up some, but I don’t have Kellyanne Conway to yammer endlessly on my behalf.