At deer camp, every downed buck is a shared accomplishment. These dishes ensure that everyone gets a taste of success 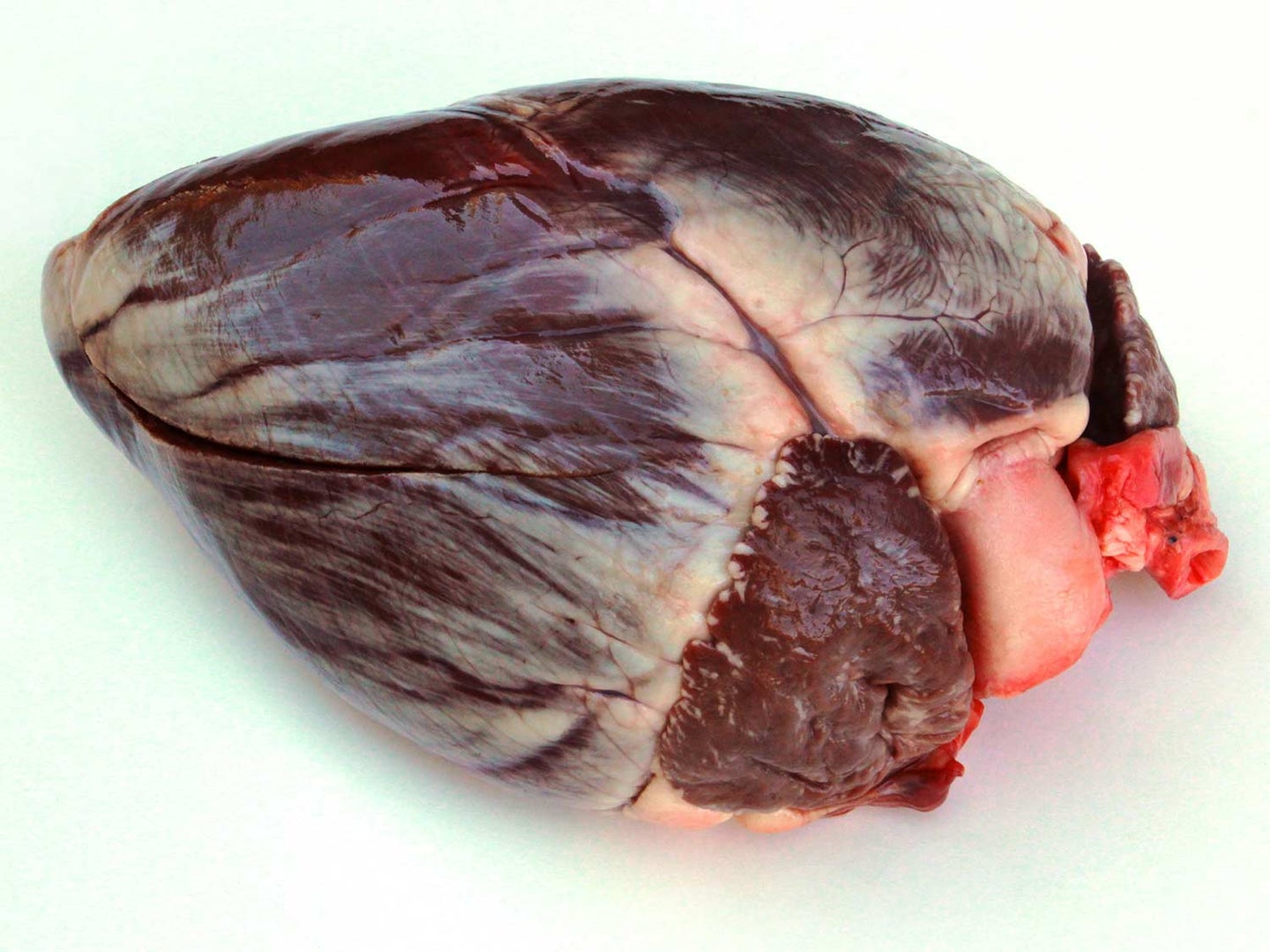 Anyone with a buck on the pole gets to sleep in. Even better, they get dibs on the best camp breakfast: heart and eggs.

Preparations start the night before, as the heart is trimmed of fat, valves, and connective tissue, and then soaks in a light brine of salt, sugar, and water to draw out the blood overnight, leaving clean, crimson meat that can then be sliced into steaks. Each side is cooked briefly, until the exterior is caramelized and the inside remains pink. Remove the steaks from the pan and add a bit of butter and handful of forest mushrooms. As the mushrooms simmer, whisk together a half dozen eggs and pour it into the pan. If the smell of fresh coffee doesn’t rouse lazy campmates, the sound of the heart hitting the searing-hot pan will—and they’ll be ready to dig in by the time the eggs are done.

Come butchering time, the guys gather around the meat pole. A few wield knives, turning the animal into meat. Others pass cold beers, or a bottle. And someone is manning a pot of bubbling oil. As steaks and roasts are flayed and wrapped, chunks of the trim meat go into the fryer. There’s no preferred cut; whatever is getting sliced at the moment will do—shoulder, brisket, even a scrap of loin.

Chislic was imported from Eastern Europe by South Dakota’s early immigrants and is now a deer-season staple across much the U.S. Cooked until crispy on the outside, yet pink in the middle, the morsels are typically picked from a glistening pile with a toothpick or calloused fingertips. A hit of flavor comes next—maybe a little garlic salt or Lawry’s seasoning. A dip of Ranch dressing isn’t unheard of; neither is a dash of Tabasco. But never ketchup! Make that gaffe, and you’ll be the new target of camp pranks.

Only hours after the shot, the tenderloins hit the grill. It’s a tradition rooted in practicality. Butter soft, the thin strips of meat are too delicate to let hang. The outer surface dries too quickly otherwise, turning leathery. So, necessity breeds ritual.

It’s also customary to share—to honor the animal and celebrate the hunt together. That may be with a buddy in the backcountry, the strips cooked over an open fire at the site of the kill. Or at the tradition deer camp, with the meat hitting the grill as guys return from the evening hunt. Preferably the fire is charcoal, though a propane will do.

Seared quickly, over high heat, tenderloins develop a rich, flavorful crust while staying a deep red, almost maroon, in the center. After a brief rest, the meat is sliced into medallions, sized so there are enough for everyone at the table. Passed on a plate, they disappear quickly, leaving behind a thin pool of juices reserved for the shooter to sop with a slice of white bread.

The bane of children everywhere, and a favorite of the camp patriarchs, liver is a deer-camp delicacy that went out of favor for a while, but it has made strong comeback. City folks are apt to serve paté, but the hunter’s tradition demands a dinner of liver and onions—preferably on opening day. The liver is best fresh, so shooting a doe or young buck brings no shame to the hunter who’s providing the camp’s first meal.

The liver is carried to the cook like an offering, with hands still bloody from field-dressing, so it can soak as long as possible in a bowl of cold milk before dinner. The preparation is quick. As the onions sizzle in a wide cast-iron skillet, the liver is cut into steaks, no more than ½-inch thick and dredged in flour seasoned with salt and plenty of black pepper. Then it’s directly into the pan to fry in bacon grease for just a minute or two so the slices don’t toughen. A couple of splashes of brandy—one for the cook and one for the pan—finish the dish.