A herd of 50 pronghorn antelope died in Payette, Idaho, last week, after eating Japanese yew, a poisonous bush. The... 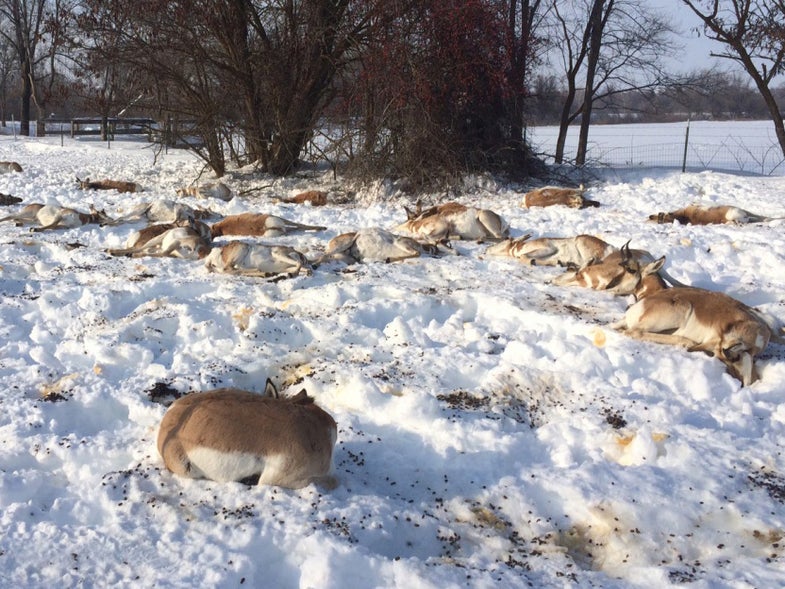 The animals were found in a scattered group outside of town. Four of the pronghorn were sent to the lab for further investigation. “All four animals were in good body condition, but with congested lungs and kidneys,” said Mark Drew, an Idaho Department of Fish and Game veterinarian, in a statement. “All had Japanese yew twigs and needles in their esophagus and rumen.”

The Idaho State Journal notes that the toxic shrub is common in suburban areas. Idaho’s harsh winter is pushing pronghorn and other wildlife into neighborhoods, where they’re more likely to munch on what’s growing in front yards. Japanese yew is toxic not only to pronghorn, but also to dogs, elk, moose, horses, and even people.