Why the 6.5 Creedmoor Might Be the Best Factory Rifle Cartridge Ever

A "magic bullet"? No. But the 6.5 Creedmoor deserves its surge in popularity. Here's why 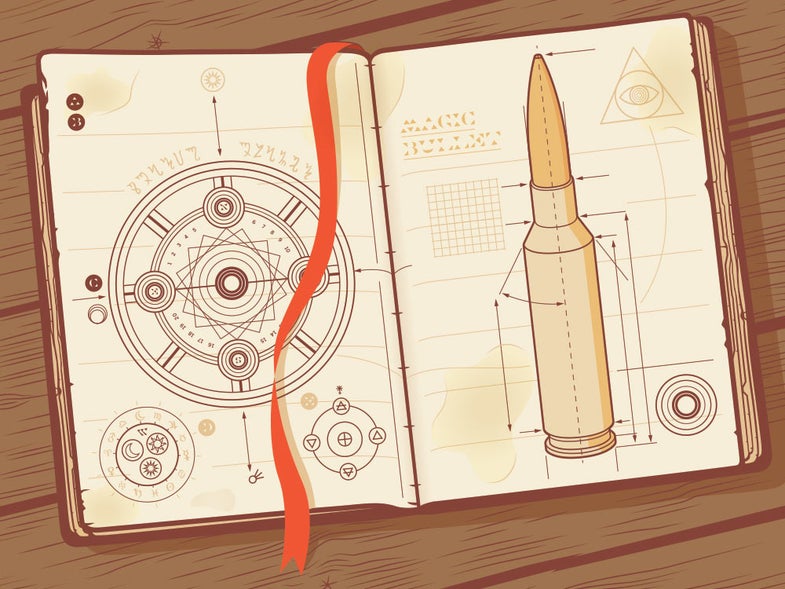 The 6.5 Creedmoor, not Creedmore, is named for the Creedmoor Range, which was established in 1873 at what is now Queens Village in Queens, New York. Creedmoor was famous  for its international rifle matches at 1,000 yards. It was active until 1891, and is today the site of the Creedmoor Psychiatric Center. This may or may not be a coincidence.

The cartridge is a sensation. I’ve been writing about guns since the disastrous Union Army attack on Battery Wagner in 1863, and I have never seen anything like the way this modest-looking round has caught on. A Creedmoor is the only rifle I’ve ever bought because I felt I had to have one or lose all credibility.

The 6.5 Creedmoor debuted in 2008, and for years only a few people noticed, or cared. It was designed for long-range target shooting, and the practitioners of that sport immediately saw the Creedmoor for what it was. But it took the explosion of interest in long-range shooting in general to put the new 6.5 over the top.

The Creedmoor is the brainchild of a pair of Hornady engineers, Dave Emary and Joe Thielen, who observed that competition shooters were increasingly turning to wildcat 6mm cartridges for shooting at ranges of 1,000 yards and longer. What the bull’s-eye blasters had learned was that if you want to shoot accurately, you should use a round that doesn’t kick. So they turned to the 6mm, whose light bullets produce very mild recoil. However, light bullets don’t hold their velocity well at long range, and when a bullet goes subsonic, it destabilizes. To keep supersonic speed Way Out There, shooters were loading the 6mm slugs to very high pressures, which came with its own set of problems.

Emary and Thielen reasoned that the solution was to go with a heavier bullet with a very high ballistic coefficient—say, a 140-grain 6.5mm slug with a BC of at least .500. This would hold on to its velocity much better than a 6mm (and just about everything else), so it could be driven at a modest velocity (around 2,700 fps) and still stay supersonic to 1,200 yards. Plus (remember the original point to all of this), it would still produce mild recoil.
There were other requirements. The new cartridge could not be expensive, should be easy to handload, should allow good barrel life, and should allow gunsmiths to convert rifles to it. They got all this by modifying the .30 TC, a short-lived cartridge of breathtaking obscurity. In the process, they designed the round so that the long bullet sticks way out and is not shoved down in the case, eating up powder space. Thus, the 6.5 Creedmoor produces the same velocity as the .260 Remington, even though the latter has a slightly larger case.

Readers ask me a lot of questions, generally. These days, more than any other topic, they ask about the 6.5 Creedmoor. These are the sorts of questions they ask—and my answers.

Q: People call the Creedmoor “the magic bullet.” Is it really that good?

A: It is not magic. It is really good. Remember that its worth was established beyond a doubt by a great many expert shooters, over the course of years, before it became an overnight sensation. High Power competition is a hard and unforgiving world in which things either work or they don’t. People find out very quickly, and The Word goes forth among the multitude.

Even if you set aside for a moment the Creedmoor’s sublime balance of light recoil and long-range capability, there is this: Because the cartridge is so popular, and because so many people have such high expectations of it, and because so many ammo makers are competing for a share of the vast Creedmoor market, the quality of both loaded ammo and components is very high. It’s no secret that unpopular cartridges get short shrift when it comes to quality control. So that’s no problem here. If you buy a box of Creedmoor ammo, particularly the high-end variety, you’re getting about as good as can be got.

Q: Fair enough. Will it make me a long-range shooter?

A: Partially. If you buy a Creedmoor and several thousand rounds of ammunition, and find a place where you can shoot at 500 yards and longer, and locate someone who can tell you why you’re not hitting anything, and shoot up all the ammo in practice, you’ll be on your way. Not there, but on your way.

Q: I see lots of online haters and skeptics and memes that say the Creedmoor is not as good as the 6.5 Swede or the .260 Remington or the .7mm-08, and on and on. What gives?

A: In these joyless times, there are many lost and hollow souls who find reassurance in belittling that which they do not understand. These ignorant wretches have probably never shot a Creedmoor, or even seen one. The average Creedmoor hater is an 8th-grade dropout who spells it “Creedmore.” And in any event, never believe anything you read on the internet.

Q: Is the Creedmoor powerful enough for big deer and elk?

A: Contrary to popular opinion (some of which I’ve aided and abetted, to my shame), elk are not made of bronze or Kevlar, nor do they wear bulletproof ceramic armor. When I hunted in Sweden, I brought a .338 because we were hunting moose, and what I found was a whole bunch of 6.5x55s and 7x57s in the hands of Swedes who looked at me as though I was nuts for carrying such a cannon.

If you shoot a big deer or a moose or an elk in the lungs with a good, strong 140-grain bullet, it will keel over dead. End of story.

Q: Speaking of bullets, what’s the best weight for the Creedmoor?

A: The cartridge was designed around 140-grain bullets, so that’s what I’d go with. There are 120s and 129s, but I know people who have tried them at 500 and 600 yards and been ­disappointed. Norma has a new load that employs the 130-grain Swift Scirocco II, and I recommend it because I’ve handloaded those same slugs in my Swede and they’ve been sensational. They are, however, for hunting only.

Q: What kind of accuracy can I expect from a good 6.5 Creedmoor?

A: That depends on how well you hold. I think if I took an average of all the Creedmoors I’ve shot, it would turn out to be something in the range of .500-inch. Those are 5-shot groups. But you have to be a pretty good shot to do that. I’ve seen many Creedmoor groups that went into .250-inch, but that’s as much a function of the shooter as it is the rifle. There are a lot more quarter-inch rifles out there than there are ­quarter-​inch marksmen.

Q: If the Creedmoor is really so good, I should probably get one, right?

A: If you want a rifle for hunting within the traditional 300-yard limit, there’s no reason not to get a Creedmoor, but there are other rounds that will do the job as well. If you’re planning to hunt beyond 300, then either the Creedmoor or the .308 should be your two top contenders. If you plan to buy a dual-­purpose rifle to hunt and compete, the same answer applies. The beauty of the Creedmoor is that it kicks noticeably less than the .308, which for most shooters makes it the better choice.

Put simply, it’s hard to go wrong with the 6.5 Creedmoor. It’s a combination of insightful design, top quality, and super performance that is very, very rare. Is it everything people say it is? Maybe not. But even its most sycophantic devotee is not exactly wrong to gush.