How to shoot a limit—and stay safe—on opening day 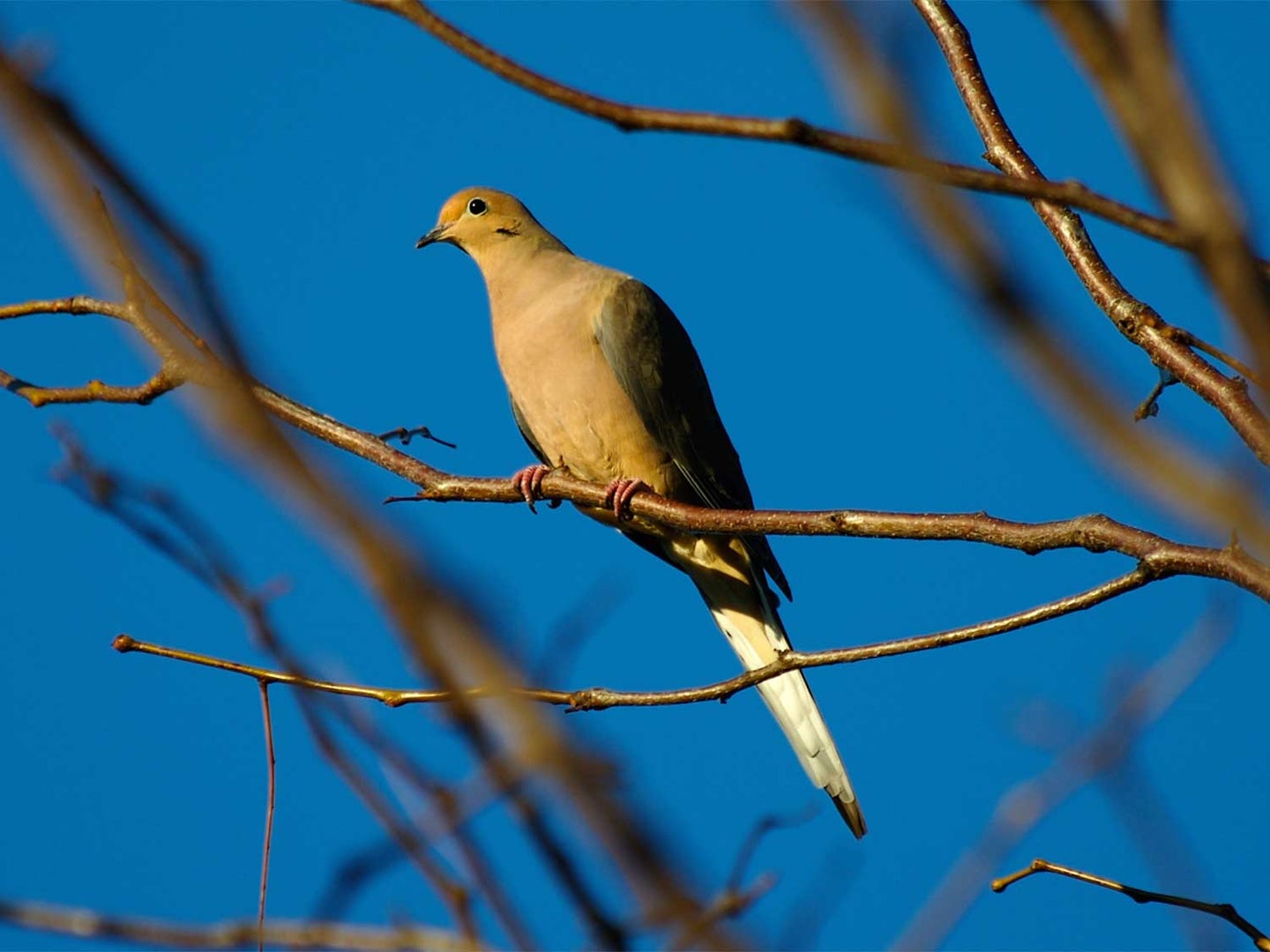 The opening day of dove season is more than just the kickoff to another fall. It can also be one of the best days of hunting of the year. There will be lots of birds, and challenging shots as the doves turn on their jets once the shooting starts. You’ll want to be ready. Here are nine tips to help you get ready for the opener.

If your dove gun has spent the summer in a case, you might be in for a rusty surprise when get it out. And if you never cleaned it at the end of the season back in January, you’d better do it now or you’ll have function problems in the field.

The rust will most likely be superficial freckling. A dab of Flitz and very fine steel wool should get rid of it. Anything worse than that—pitting or damaged bluing on the outside of the gun—and it will need a trip to the gunsmith, but probably after dove season. Brace yourself for ridicule in the field when you show up with your rusty gun.

Clean the barrel, make sure the choke tube(s) come out clean, and lightly grease the threads. Take the gun apart and clean the action thoroughly. Then oil it very lightly, because too much oil mixed with dove field dust can form a sludge that makes a gun stop working.

Make sure the magazine is plugged, because a ticket on opening day puts a damper on the season before it ever starts. Expect to be checked by conservation officer. I have been checked on both public and private fields on opening day.

Also, the night before the hunt is not the time to strip your gun to granular levels, risking the loss of small but important parts. I’d go with a basic teardown of the gun, and put a drop of CLP down the firing pin hole rather than take the bolt or action completely apart.

2. Make Sure You Pattern Your Dove Gun

Doves are small targets and they can carry more shot than people think. Your gun should shoot a pattern that puts 200, or slightly more, pellets into a 30-inch circle. Like all patterns, it will be denser in the center, but ideally there will be quite a few pellets in the outer fringes as well, increasing your margin for error.

Shoot patterns at the range from which you shoot most of your doves. And about that range: Most hunters’ averages go way down—and their crippling losses go up—when they shoot beyond 30 or so yards. Pattern your gun at the distance where you can shoot effectively. A 45-yard gun in the hands of a 30-yard shooter only makes otherwise makeable shots tougher by reducing the pattern size at the range you can make good use of it.

3. How Much Ammo Should You Bring on a Dove Hun? A lot.

On my first dove hunt, I went through every 12-gauge shell I brought and wound up begging a 20 gauge and ammo from one of my hosts to finish the hunt. After patterning shows you which shell to shoot, stock up on ammo. The average hunter shoots one dove per six shells, and while I’m sure we’re all above average here, I know for a fact that we all have our bad days. Buy a case or two. Don’t run out of ammo.

That first dove hunt—the one where I ran out of ammo—I also damaged my right ear permanently after shooting 100-plus shells through a very loud vented Polychoke. Since then I have worn hearing protection religiously, and for someone my age in my line of work, I hear very well (the gun-writer-hearing bar is set low, but I clear it with ease). Foam earplugs are very effective when worn properly. Even better are foam earplugs worn underneath a set of electronic earmuffs. Will you sweat uncomfortably and look like a nerd wearing them on opening day? Yes, but you’ll be a sweaty nerd who can still hear when the hunt ends.

5. Put Your Time in at the Gun Range

If you have been shooting all summer, now you just need to shoot a few clays with your dove gun, preferably skeet or sporting clays from a low gun start. You’ll probably shoot in front of a few doves as you make the transition from clay to feathers, but once you adjust, you can smugly outshoot your friends who wasted their summers fishing, golfing, or hauling kids to soccer and baseball.

If you’re in that latter group, you’ve got some cramming to do. Regardless of whether you go the gun club or someone’s pasture, concentrate on these three things: head on the stock, eye on the target, match the target’s speed. The two biggest errors most shooters make are looking at the bead, not the bird, and moving the gun way too fast. However much or little you practice—and I’d say a couple of shorter, 75-round practices are better than one marathon session—think about focusing on the target and matching the speed of the target with your swing. Remember, too, that if your head isn’t on the gun, it won’t shoot where you look.

6. Scout for the Best Dove Fields

The days leading up to the opener are the best time to scout. Doves find new places to feed quickly, and conditions on the landscape change as food plots are mowed and crop fields are cut. Look for water, too, especially in arid places, and plan a waterhole hunt.

Spotting doves on wires or in dead trees in the morning or afternoon is the easiest way to find birds. My rule of thumb when scouting for a dove field is that 10 doves on the wires are the minimum I want to see—and 20 doves is close to a sure thing. If you see more than 20 birds, it’s going to be a big day.

Once you find a field—or if you’re hunting a managed private or public field—watch it. See where doves stage, and where they enter the field. Often it will be past some landmark, like a gap in the trees, or maybe by a tall tree. And, if there’s a tree in the middle of the field, it may well attract birds. Figure out where the flight line is and plan to get under it.

There are two ways to deal with opening morning crowds on public fields: Get there early, or sleep in. I have tried getting there early, reaching the field an hour before anyone else and warding off other hunters with my flashlight—only to be overrun five minutes before shooting time. Now I sleep in and let the early morning shift shoot their limits and leave. I’ll get to the field about the crack of 10 a.m. and usually have the field to myself. The action is slow, but I can peck away at doves until 3 p.m. and leave with a limit before the afternoon shift arrives.

It’s tempting to cut loose on opening day and shoot at everything that flies by, but try to be a little picky about shot selection. Doves are hard to find even in nearly-bare fields, so skip the long shots, and pass up doubles unless they are so close you can’t fail to find both birds.

At the same time, don’t be stingy with your ammunition; it is opening day after all. Just remember that time spent looking for downed doves is time you aren’t spending shooting at flying doves. Let doves get close enough that you can see some detail on them, and remind yourself that if you pass up a shot, another dove should be along in a minute or two.

Anytime people with guns surround a field, there’s a chance of an accident. The most important safety rule in a crowded field is to be sure you’re shooting up, and not across the field where people or dogs may be out retrieving. Spinning-wing decoys, much as I love them for dove hunting, don’t belong in a crowded field, as they can bring birds in too low for safe shots.

If you bring more than one gun, it’s safest to stick to one gauge so you don’t mix ammunition. Shoot no shot larger than lead 7 ½ or steel 6, and wear shotproof glasses. Don’t leave loaded guns on the ground if there are dogs present. And, speaking of dogs, keep them hydrated and in the shade, and watch carefully for signs of heat stress—disorientation, wobbly legs, dilated eyes, heavy panting—and either take a break and go find a pond or creek for the dog to jump in, or spray the dog with water or cool it with ice. Or, leave the dog home on opening day and enjoy yourself without worry. There will be plenty of cooler days in the dove field to come.