Advice on Working Up Handloads, Part I

Find a handloading mentor, and then keep it simple 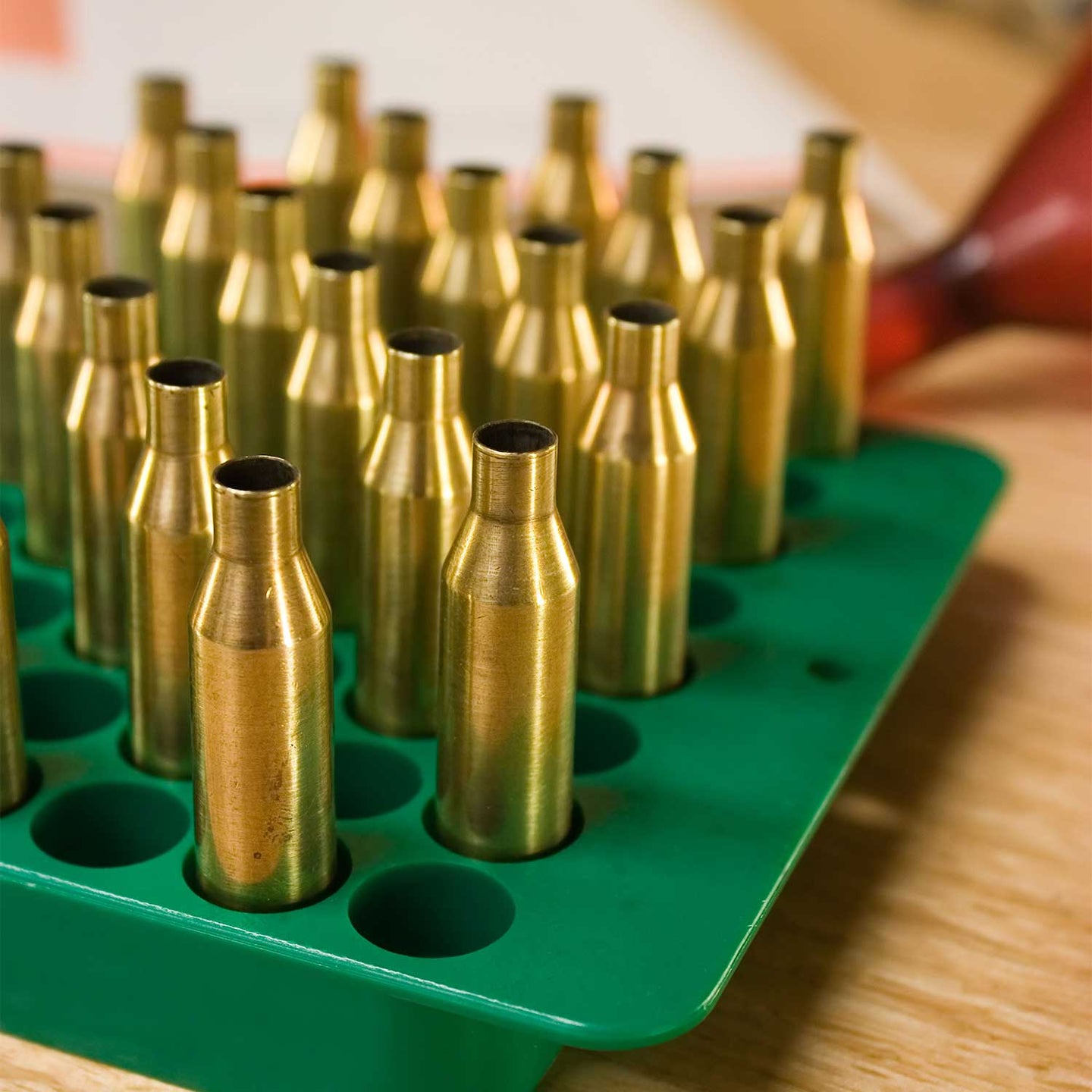 A few days ago, I was approached by a fellow who was starting to handload and had been given a big bagful of 6.5 Creedmoor brass that the giver had scrounged from somewhere. He was puzzled by a distinct annular ridge and a bright ring near the bases of the cases.

“What you have here,” I said in my just-got-it-from-God tone, “is a batch of cases that was fired at pressures that were way too high. See how the primer is bashed absolutely flat and completely fills the primer pocket? That ridge you see was caused by insane pressure causing the case to bulge where the chamber doesn’t support it, and the bright ring is a sign of incipient casehead separation from stretching. Throw the things in the brass bucket. Unless you’ve figured out a way to get along without your eyes and your fingers.”

And then there was the customer product evaluation I saw on the Midway USA website under Federal 210 primers, in which some anonymous person claimed that Federal 210s would detonate while you were inserting them in the primer pockets unless you used Federal brass. He gave the 210s one star.

This was so hopelessly deranged that I read it several times to make sure I hadn’t misunderstood it. I’ve been handloading since 1965—I don’t know how many tens of thousands of rounds—and I’ve never had a primer go off while I was stuffing it into a case. I don’t know anyone who has had it happen with any brand of primer. What this guy is doing to make primers explode is beyond me. Why Midway leaves the comment up is beyond me. It’s like claiming that sticking your hand into a jet engine is a good way to trim your fingernails.

Handloading combines the complexity of fly-tying with stuff that explodes, catches fire, and creates enormous and potentially destructive forces. So my first piece of advice is, if you want to learn to handload, find someone who knows how and attach yourself to him like a leech.

There are two kinds of handloaders. First are those who experiment endlessly, try everything that’s out there, and are never satisfied. If you factor in all the bullets available, and all the powders, and all the primers, and all the makes of brass, you arrive at a number of possible combinations that only Sir Isaac Newton could comprehend. You can try to buy all this stuff, and experiment with it, and you’ll end up either broke or barking mad and likely both.

Then there are people like me who keep as few components around as possible, endlessly simplify, and, when I find a load I like, consider my work done and go off and watch Naked and Afraid for the survival tips.

Let’s say you have a .270 and want to work up a handload so you can hunt elk with it. An elk is a big, heavy-boned, heavy-muscled, heavy-hided animal that can absorb a lot of punishment and still run off so you never find him. Also, you’ll likely get a shot at long range.

So, what you want is a strong bullet, not a quick expander. You also rule out the 130- and 140-grain .270 bullets and go right to the 150s, which pack the most punch. Now, you want something that’s both streamlined and strong. So you get a box (or two, or more) of Hornady Interbond, Nosler Accu-Bond, and Swift Scirocco bullets. If you’d prefer to pass up the long-range requirement, you can substitute Nosler Partitions, or Swift A-Frames.

What kind of velocity are you looking for? As much as you can get, consistent with accuracy. This bullet weight can be driven at 2,850 fps to 2,950 fps. How do you know what kind of velocity you’re getting? You buy a chronograph; otherwise you’re flying blind. Trust me, you’ll wonder how you ever got along without it.

How accurate? Under an inch and a half with three-shot groups. Did you expect me to say .500? Elk weigh between 600 and 1,000 pounds. That’s a lot of target to hit. What in the world do you need with half-inch groups?

Now you know roughly what you have to do. Next, we get to powder, primers, charges, and actually working up the load.