Affordable Deer Rifles: 10 Options For Less Than a Grand

Because of modern manufacturing techniques you can still find accurate and reliable rifles that are affordable. 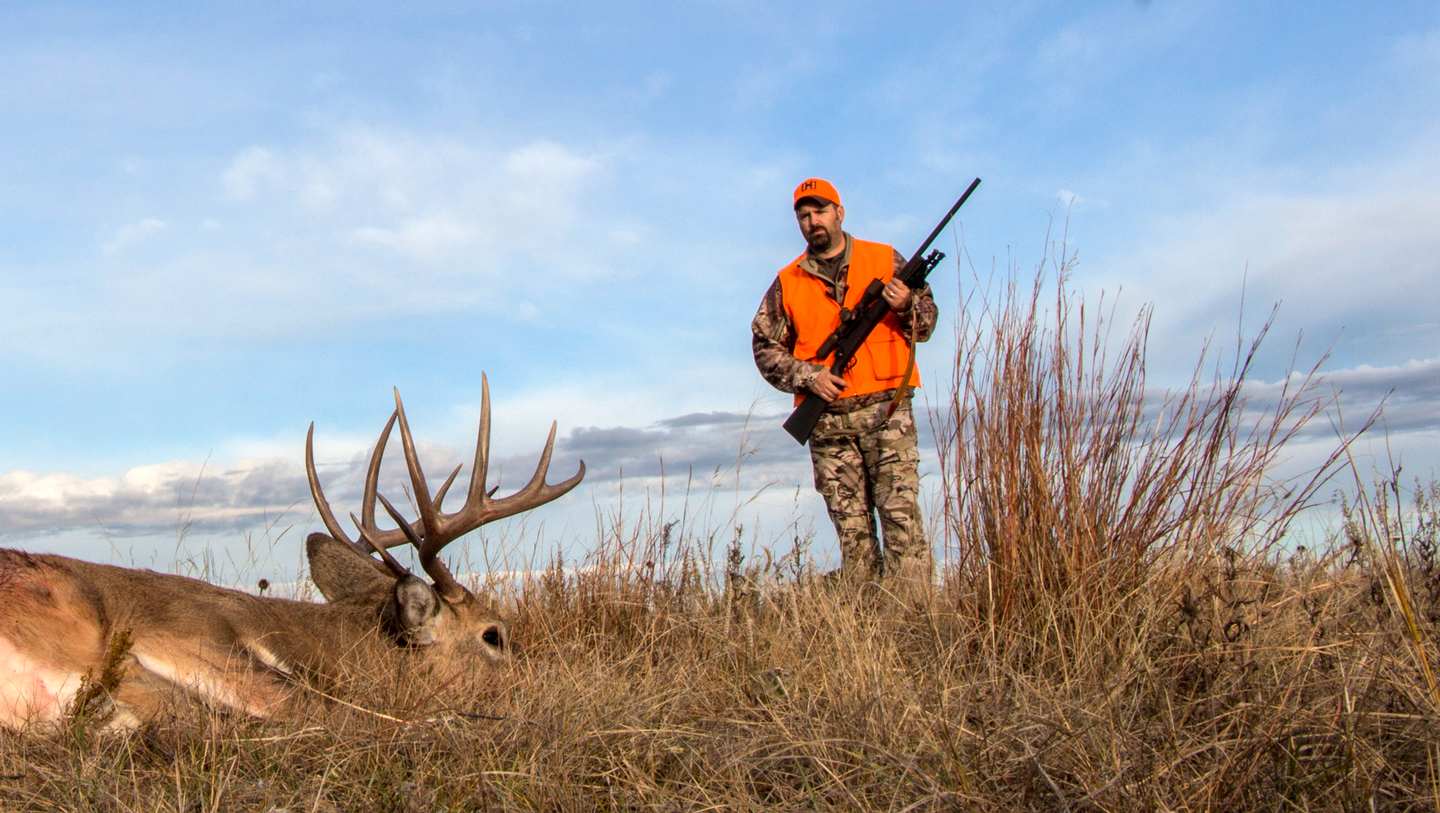 I purchased my first deer rifle in 1979 for $314. It was a Remington Model 700 in .270 Winchester. I delivered a lot of newspapers to pay for that rifle. Unbelievably, today you can still get a decent deer rifle for an amount not much higher. Because of modern manufacturing techniques, which have kept prices reasonable, you can still find accurate and reliable rifles that are affordable. Here are 10 options priced between $400 and $900.

My son used a Patriot on three consecutive safaris. During his last safari, and first for dangerous game, he trusted his life to a Patriot in .375 Ruger. The Patriot is a great example of a blue-collar hunting rifle. It’s rugged, shoots good, looks good, and does not cost an arm and a leg. All Patriots come with an exceptionally well-designed detachable magazine and Mossberg’s patented LBA adjustable trigger. The Kryptek Highlander camo stock adds a bit of attitude.

The action used on the 783 is very strong and rigid, and the rifle will likely shoot better than you can. For nostalgic hunters who like the feel of wood and steel, Remington has introduced a pillar-bedded, walnut-stocked version of the 783 for 2017. The barrel is button rifled, and the rifle incorporates the new Crossfire trigger system. It also has a very user-friendly detachable magazine and is available in all the most popular big-game hunting cartridges, including magnums like the 7mm Remington and .300 Winchester. A factory scoped combo package is available for a few dollars more.

Brush busting deer rifles have a special appeal to eastern hardwoods hunters. They typically still hunt their whitetails and push them out of laurel thickets or grown-over clear cuts. For that type of hunting you need a light, fast-handling rifle. At 5.5 pounds, Ruger’s American Ranch in .450 Bushmaster fits that calling. Features include a thick butt pad to dampen recoil, the Ruger Marksman Adjustable trigger system, a threaded muzzle with a brake, a detachable magazine, and it comes out of the box with a one-piece aluminum scope rail installed.

The trigger housing and all-internal components in the XPR rifle’s MOA trigger are constructed of polished and hardened carbon steel, with a blued finish for added durability and corrosion resistance. The chrome moly barrel has been button-rifled, comes with a target crown, and Winchester uses a barrel nut—similar to Savage and Mossberg rifles—to help control headspace. But, the 60 degree bolt throw and the stock mounted recoil lug set this rifle apart. The Mountain Hunter Country Range has been dipped in Mossy Oak camo and is chambered for the .243 Winchester, which is an excellent cartridge for any deer.

The Howa Kuiu is a very attractive and compact rifle. It’s only 40.5 inches long and weighs between 7.0 and 8.0 pounds, depending on the chambering. The rifle is fitted with a tastefully camouflaged Hogue pillar-bedded rifle stock and a hinged floor plate is standard. Offered in a wide array of cartridges from the diminutive .204 Ruger to the shoulder shocking .338 Winchester Magnum, the Kuiu is also available in 6.5 Creedmoor. The barrel and action are finished in Tactical Grey Cerakote and like all Howa rifles, the Kuiu comes with a three-position safety.

Most associate the Weatherby brand with high-dollar bolt-action rifles. It’s true, Weatherby does make expensive rifles, but in the Vanguard line they offer affordable, accurate rifles, too. The Vanguard Stainless Synthetic comes with an adjustable match quality two-stage trigger and a sub MOA three-shot accuracy guarantee. A recoil pad, three-position safety, cold hammer-forged barrel, and a hinged floor plate round out the features of this rifle. It is available with a 24-inch #2 contour barrel in nine chamberings, from .223 Remington to .300 Weatherby Magnum.

The 700 SPS Camo is chambered for the .270 Winchester, .30-06, 7mm Remington Magnum and .300 Winchester Magnum. If those cartridges won’t kill the deer you’re after, you’re hunting ungulates on some other planet—or just can’t shoot. The 700 SPS Camo comes with an X-Mark Pro externally adjustable trigger, a camouflaged stock, and a SuperCell recoil pad. It is also available in left-hand and compact versions. For 55 years, Remington has been building the model 700. Rifles that do not work or cannot be trusted by hunters just don’t hang around that long.

Howa – Build Your Own

Here’s a bit of a departure from the typical deer rifle. For the last few years folks have been building their own AR 15 rifles. Well, you can build your own bolt-action deer rifle too. Through Brownells, Howa sells their excellent actions already barreled. You can select the chambering you desire in either blue or stainless, add in the Howa detachable magazine system, a Hogue Overmold stock, a Timney trigger, and you can assemble the components in about an hour. You’ll have a great shooting deer rifle you built on your own. There’s something to talk about at the campfire.

You might be a blue-collar deer hunter, but if you grew up in the ‘60s and ‘70s you’re probably more attracted to rifles with gorgeous wood than those with plastic stocks. Mossberg is now offering a higher grade Patriot called the Revere. The Revere is stocked with a handsome piece of 2.0 European walnut with rosewood accents at the grip cap and forend, separated by a thin contrasting maple spacer. An oil finish and fine-line checkering add the finishing touches to a rifle that the deer might just walk up to you to look at. It’s available in six chamberings, including 6.5 Creedmoor.

You might think you cannot find a really classy rifle today for less than a thousand bucks. But, luckily, you’d be wrong. The graceful CZ 550 FS not only carries with it the acknowledged level of craftsmanship associated with European firearms, its full-length stock brings an element of elegance to the deer woods that’s rare at any modern-day price. The rifle even comes standard with a single set trigger. Available in .243, .270, .308, 30-06, and 93x62mm Mauser, the less than 42-inch 550 FS is compact enough for the timber, classy enough for a collector, and affordable enough for the working man.

The Perfect Long-Range Rifle Setup for Shooters on a Budget

You can make just about any centerfire rifle suitable for extended range, just add an appropriate riflescope. But if you want to get serious about lobbing bullets into the next county, you’ll need a serious rifle to go with your glass. You can go out and spend a small fortune on long-range shooting gear. But, if you’re just looking to get started, here’s a capable setup that will cost you less than $ 1,500.00. Relatively speaking, that’s a heckuva bargain.

The rifle gets all the attention, but at long distances your sight matters more. The new Bushnell Engage riflescopes offer the mandatory long-range features and good glass at a fraction of what you’d expect to pay. With its flawlessly repeatable adjustments, the less than $300.00 2.5-10X44mm Engage will work splendidly. If you feel you need more magnification the 3-12X or 4-16X Engage can be had for just a few dollars more. They all have the excellent MOA Deploy reticle, protected and resettable ¼ MOA turrets, a 30mm tube, and a parallax adjustment.

Your rifle must shoot flat and be accurate, too. Browning’s X-Bolt Hell’s Canyon Long Range is available in eight flat-shooting cartridges and the suppressor-ready, threaded muzzle comes out of the box with a removable brake. This drastically reduces muzzle jump and recoil, allowing you to handle the punch of a .300 Winchester Magnum, while watching bullet impact at extreme distance. We tested this $1,200.00 rifle in 6.5 Creedmoor. It consistently turned in sub-MOA five-shot groups and we repeatedly rang an eight-inch gong at 700 yards.

This rifle has an adjustable trigger, a hand-chambered free-floated barrel, a short-throw bolt with an unlock button, and a detachable rotary magazine. It looks sleek and elegant, and it unequivocally proves that for precision at distance, your rifle does not have to look like it just auditioned for a Transformers movie.

Ammunition matters, too. It must be loaded with sleek and streamlined bullets; accept nothing without a ballistic coefficient (BC) of 0.500 or higher. Bullets like these reduce flight time and flatten trajectory because they have less drag. That also means they arrive on target sooner, with more energy, and less wind drift. Hornady’s Precision Hunter ammo is where to turn and its available in every cartridge the Hell’s Canyon Long Range rifle is chambered for.

If you’re a bologna-and-beer-budget kind of guy, pair a Bushnell Engage with the Mossberg Patriot Predator in 6.5 Creedmoor. That combination should take you to 500 yards, and maybe beyond, for less than a grand.