Rep. Rob Bishop, the Republican chairman of the House Natural Resources Committee, has asked for a $50-million allocation to offset... 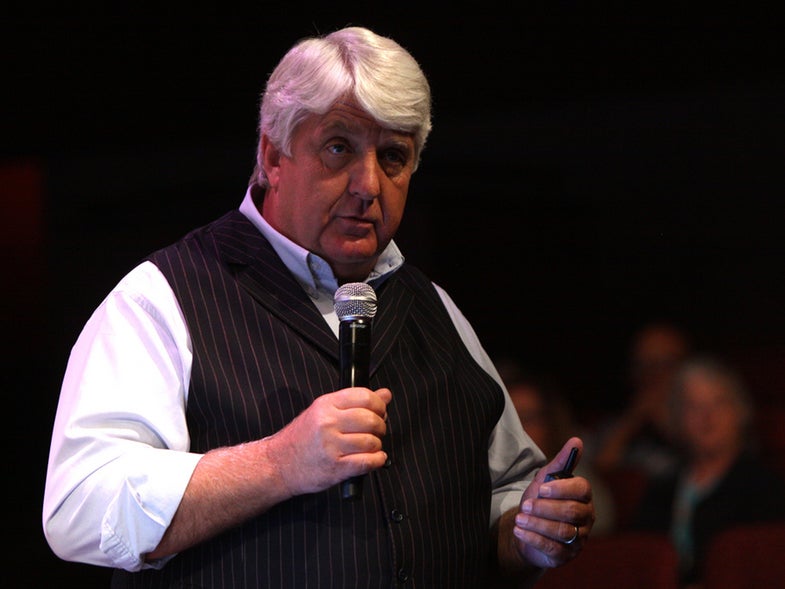 Rep. Rob Bishop, the Republican chairman of the House Natural Resources Committee, has asked for a $50-million allocation to offset costs from transferring federal lands to states.

According to the Hill, Bishop—the architect of the public-lands-transfer movement—asked budget writers to set aside these funds to account for costs associated with the potential land transfers, which Bishop said were necessary because “poorly managed federal lands create a burden for surrounding states and communities.”

Bishop argued that divesting public lands would reduce federal expenses by ridding the government of both maintenance expenses and payments made to state and local governments. “To allow for these conveyances to start immediately, we ask that you build in $50 million into the budget to cover the possible impacts on offsetting receipts,” Bishop wrote in his request to budget writers. “The vitality of these lands, after being conveyed from the federal government, will reduce the need for other taxpayer-funded federal support, either through Payments in Lieu of Taxes or other programs such as Secure Rural Schools.”

Bishop has long advocated for Western states to take control of federal public land and has incurred harsh criticism from sportsmen’s groups, who widely do not support a lands transfer. Not only would a public-lands transfer strip the American people of its public land, but it would also put a significant strain on Western states from management costs and from the loss of federal funding they receive. In 2016, Utah, which Bishop represents, received $38 million in Payments in Lieu of Taxes from the federal government for the non-taxable federal lands within its borders. States such as Utah would stop receiving this reimbursement money from the federal government should a lands transfer take place. All told, a 2014 report estimated that Utah would have to spend $280 million to manage the federal public land within its borders, which many public-land advocates fear would prompt the state to sell off the land.

Earlier this year, House Republicans passed a rules packaging that included a measure making it easier for the government to transfer federal lands to states. The ordinance, which includes language developed by Bishop, eliminates the need to account for losses in federal cash flow from the transfer of public lands.

Then-nominee for Secretary of the Interior Ryan Zinke voted for the rules package, but, when questioned about the vote during a confirmation hearing, he reinforced his commitment to keeping federal public lands in the hands of all Americans. Whit Fosburgh, the CEO of the Theodore Roosevelt Conservation Society, gave Zinke a pass for the vote, because he said the new interior secretary had been “very solid on these public-lands issues.” In 2016, Zinke resigned from the Republican nominating convention when the party endorsed transferring federal lands to the states, and on his first day as interior secretary, he signed a pro-public-lands order.

The future of the nation’s public lands no doubt remains in question, with prominent Republicans such as Zinke and Bishop on opposite sides of the debate. As for the president, he told Field & Stream in January that he doesn’t “like the idea” of transferring federal lands to states, because “you don’t know what the state is going to do.” Further complicating matters, however, the Trump administration has asked the Department of the Interior to cut 10 percent from its budget this year, which doesn’t bode well for the Department’s management of federal lands, and casts doubt on Trump’s support of the DOI and public land.

“I looked at the budget,” Zinke said in a speech to DOI staff, “I’m not happy, but we’re going to fight about it, and I think I’m going to win at the end of the day.” He also told staff, “You can hear it from my lips: We will not sell or transfer public land.”