We’ve Never Seen a Browning Auto 5 Like This. Have You? 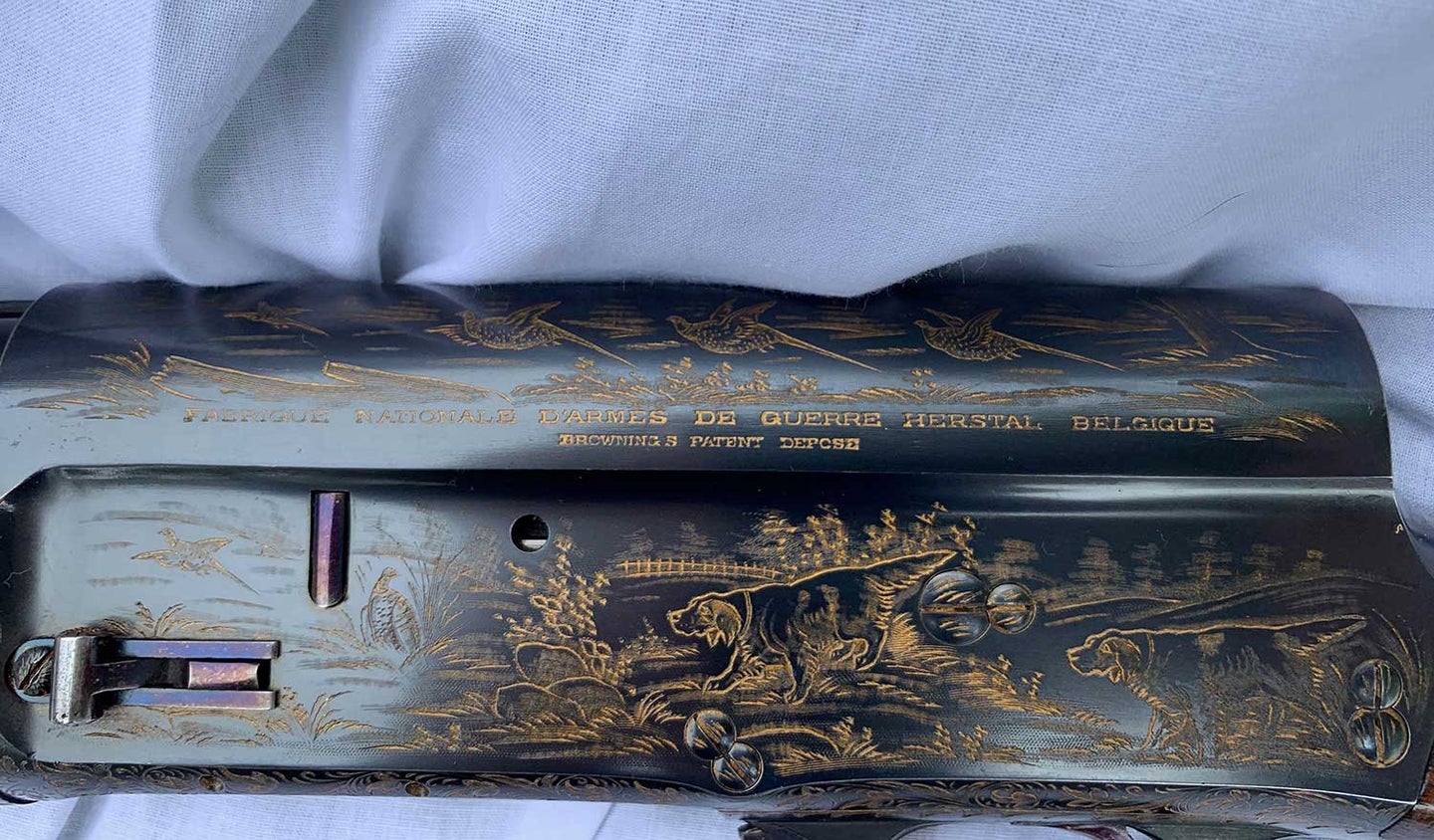 The receiver is embellished with an engraved hunting scene and gold inlay. Anonymous
SHARE

Today’s Blast From the Past is a rarely-seen version of one of the best-known shotguns of all time: the Browning Auto 5. Until 1940, Browning customers in the U.S. could choose among four grades of Auto 5s, from the plain, unadorned Grade 1 up to the gold-inlaid Grade 4. Those guns, plus a couple of other grades, were available in other parts of the world until the 1970s. Today’s gun is a Grade 3 and is richly decorated with game scenes featuring setters.

This gun is a 12 gauge with a solid rib and a serial number indicating that it was made in 1932. It’s obviously decorated with gold, although as far as I’ve been able to find, gold wasn’t an option on Grade 3 guns, so it’s a bit of a head-scratcher. If any Browning experts would like to weigh in, I’d like to hear from you. Meanwhile, enjoy this shotgun from “Anonymous,” who shared these pictures in hopes that someone could tell him more about this ornate Auto 5. All I know about it is what I’ve written above and that the owner has himself a dandy shotgun.