An Inside Look at How Ordinary Citizens Saved Public Land

Buzz Hettick, a Wyoming elk hunter, asked me to relay a message to America’s sportsmen: “You’re wrong if you think... 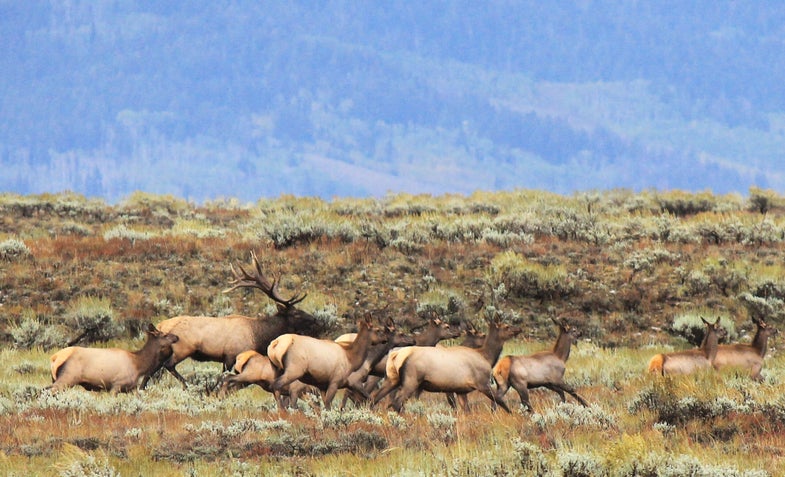 Buzz Hettick, a Wyoming elk hunter, asked me to relay a message to America’s sportsmen:

(What’s that Buzz? Oh, you had a second message…)

“Get off your butts and get involved before it’s too late.”

The weeks since Donald Trump became president-elect have been dark times for the sportsmen’s conservation community for this very scary reason: There is now no dependable stop on the GOP congressional agenda that has been largely hostile to key sportsmen’s issues.

That outcome has only deepened the sense of insignificance many in the outdoors community share other Americans: My voice doesn’t count because the forces arraigned against us are so powerful and wealthy the politicians won’t listen.

It’s the biggest reason only 58 percent of eligible voters turned out last month. But then along comes a story about some Wyoming sportsmen that puts the lie to that song.

In 2015 a Laramie ranch approached the state with a land swap proposal: 295 acres of its own property for 1,040.67 acres of state land on a creek drainage. Such requests are not unusual and, as the law requires, the proposal went to Wyoming Office of State Lands and Investments for evaluation and recommendation.

What was unusual about this request, however, is that some Wyoming sportsmen have become very serious about the role they play in conservation, as well as the trust placed in them by previous generations to protect their traditions for those in the future.

Like Buzz, these sportsmen and women have full-time jobs. But the future of these traditions means so much to them, they spend their own time patrolling the agencies that control their management.

So it was that Jeff Muratore, who like Buzz is a member of the conservation group Backcountry Hunters and Anglers, was scanning state websites for any news or moves on public lands when he came across the notice for this land swap. Alarm bells started ringing immediately.

It wasn’t just the unequal acreage involved—295 for 1,040—it was more about how that swap would affect public access to other public lands.

Soon sportsmen could go to the Wyoming BHA website to see these details:

Now, at this point many sportsmen would have given the traditional response to the news they were being fleeced: A shrug of the shoulders, some jawing at the camp, then running up the white flag with the motto: “What we say doesn’t matter.” Buzz, Matt, and their colleagues had a different response.

“We got a petition out there, circulated on social media, and we went to every elected official we could think of to tell them just how much we opposed this thing,” he said.

Let me translate that last paragraph: They got a bunch of voters together and then went to their politicians.

Most Americans will tell you they believe money—meaning political contributions from wealthy interests—controls politicians. I’ve covered these issues too long to disagree. Money controls access, and access control views and votes. But I’ve also talked to enough politicians and lobbyists on and off the record to know another truth: If an elected official gets enough response (OK, an overwhelming response) from constituents opposing what the money guys want, he/she will vote with the voters every time.

Those voters give him/her cover to do what they likely want to do in the first place—especially if they are close to an election. Well, guess who must approve any decisions by the Wyoming Office of State Lands and Investments? A board of directors consisting of elected officials.

On Dec. 1, the State Lands and Investments office recommended to its board of elected officials that the swap go through. And the board disagreed 5–0.

No one doubts the vote would have gone the other way for “just another land swap” if Buzz, Jeff, and others had not gotten involved.

Though saving the access to all that public land is certainly a big win, Buzz is hoping for an even larger victory.

“I’m so tired of hearing guys say ‘I can’t make a difference’ without even trying,” he said.

“When I hear that I say, ‘What about elk season? If you strike out the first 23 days, you mean you’re not going to go out on the 24th day—when you might find that big bull that’s been avoiding you all season?

“Of course you don’t give up. You may be dead tired and disappointed and frustrated, but you’re not going to quit.

“Well, it’s the same in this game. You might lose a fight; maybe lose your first fight. But you can’t give up. It’s too important.”

And Buzz believes this type of effort is likely to be even more important during the Trump Administration.“There are a lot of politicians out west beating the drum to put our public lands into state or private ownership, and I’m afraid they’ll get it done if enough sportsmen don’t stand up and get involved,” he said.

“We’ve seen the guys in Montana make a big difference getting their Republican officials to back away from those proposals by letting them know how dangerous it would be for them to do that.

“We’re just starting to take this kind of a role in Wyoming. We’ve got a long way to go to catch up with Montana, but I’m hoping this win will show sportsmen we can make a difference.

“These elected officials heard us. And they responded. Sportsmen need to know they can make a difference, but only if they get involved.”