Two anglers pitching line for perch in Lake Erie hauled in much more than fish last weekend. According to The... 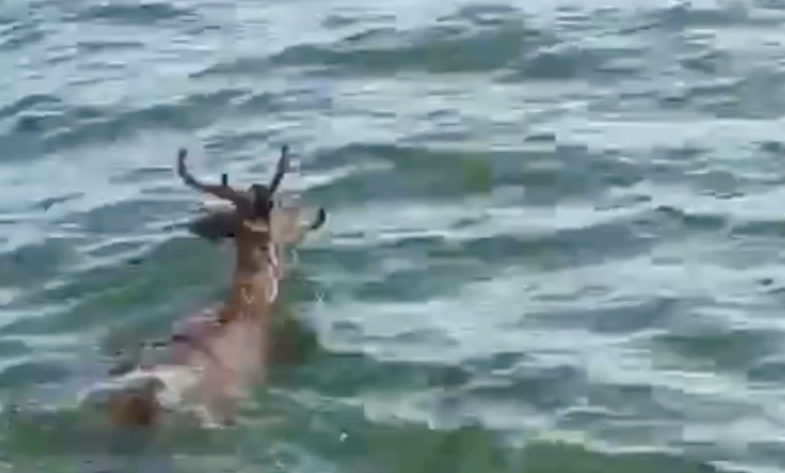 According to The Monroe News, the men rescued a floundering 3-point buck and have video of Sunday’s waterlogged feat, which Langton’s wife posted on her Facebook page.

“It was quite the fiasco,” says Jason Langton, angler and hunter. “I’ve never seen a deer out that far. There’s no way it could have got back to shore.”

The buck was three miles out and bobbing in the waves when the fishermen looped a rope around its rack and reeled it in.

“It was on the verge of going under,” Langton tells Michigan’s M Live. “You could tell it had been out there for a while. It was fatigued and swimming in circles. It was going to die if we didn’t try to save it.”

The fishermen spent the next hour towing the deer, weighing more than 100 pounds, to shore.

“It was kicking and bucking,” Langton told the Monroe News. “I honestly didn’t know if it would make it or not.”

But it did as far and Langton and his fishing buddy Scotty Domine can tell. They let it lose about 10 yards from a sandbar near the marina and the deer made a run for dry land.

The men’s heroic effort happened after they both limited out on perch with 50 each.