When the feral dogs take over, a big knife will only help so much 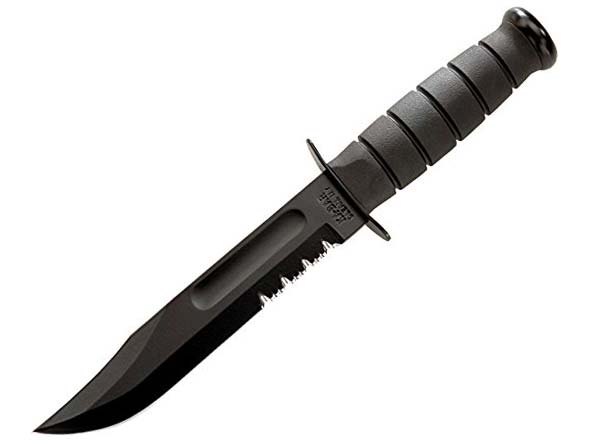 On my most recent trip to Cabela’s I counted 53 different books and tapes on apocalypse survival and prepping. With each of these publications came copious advice on the selection and use of a survival knife. I have no objection to people buying survival knives, but I think there are some misconceptions being sold with them.

First, why would you want to survive an apocalypse? There’s a T-shirt that says, Knitting is not only an art; it’s a post apocalyptic survival skill. Well, yes, assuming you can find wool, and knitting needles, and that you still have some of your fingers and at least one eye. Post-apocalyptic life will be, in the words of Thomas Hobbes, “solitary, poor, nasty, brutish, and short.” Why bother? The only thing you’ll need a knife for is to open a vein, and you can do that with a piece of broken glass, of which there will be lots lying around.

Some of the apocalyptic writing goes into the knife as a weapon. Here are my thoughts, bearing in mind that I have studiously avoided edged-weapon combat. There are a couple of movie knife fights which are educational. One is in The Hunted, which is a silly film, and the other is at the climax of The Revenant, which is not silly. Both fights are realistic because at the end one combatant is dead and the other is hacked to pieces. The reality of knife fights is that you’re not going to come out of one with the same number of body parts as when you began. The Bowie knife enjoyed enormous popularity as a weapon until the appearance of the first Colt revolvers. After that, people still carried Bowies but mostly conducted their bloodlettings with Colonel Colt’s invention because you had at least some chance of emerging alive and unmutilated.

Even the U.S. Marine Corps, which trains all its personnel in the use of hand-held weapons and issues every Marine either a bayonet or a Ka-Bar, says: “Seldom, if ever, will Marines engage an opponent in a classical knife fight.”

As a Special Forces colonel once said to me in great agitation, when I asked him if he knew of an SF trooper who had killed an enemy with a knife, “Knife? Knife? Are you crazy? Why do you think guns were invented?”

Or maybe you have four-legged combat in mind. In the post-apocalyptic world, big dogs are going to eat all the step-on dogs and then put humans on the menu. This may include you. What you have to remember about dogs is, like wolves, they’re team players. You won’t be facing one hungry, homicidal hound, but several, or more than several, and by the time they get to you they’ll be pros at dragging down people. Also, a considerable number will be rabid. In India, where feral dogs are now a major problem, they kill more people than terrorists.

Your post-apocalyptic survival knife is not going to help when several starving former pets go for your throat and your hamstrings simultaneously.