Are Jaguars Primed for a Comeback?

Last month, a trail camera photographed a rare jaguar in southeastern Arizona’s Huachuca Mountains. According to the Durango Herald, a... 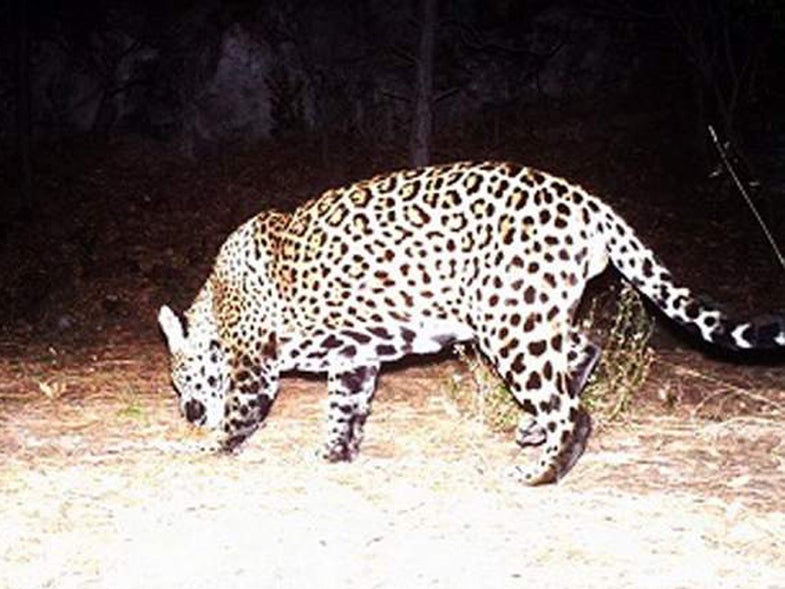 Last month, a trail camera photographed a rare jaguar in southeastern Arizona’s Huachuca Mountains. According to the Durango Herald, a remote camera on the Fort Huachuca Army installation took the big cat’s picture on December 1. Though jaguars have occasionally been spotted in Arizona, the initial signs suggested that this jaguar, a male, was new to the area. Two weeks later, the Arizona Game & Fish Department confirmed that the jaguar was, in fact, a new visitor. Jim deVos, assistant director for Wildlife Management at the Arizona Game and Fish Department, said that the cat’s newcomer status was confirmed by five independent scientists. DeVos noted, however, that the presence of the jaguar was not an indication of a breeding population, based on infrequent sightings and a lack of females.

Despite the recent sighting—the first in the U.S. since 2015—in late December the U.S. Fish and Wildlife Service released a draft for a jaguar recovery plan that focuses largely on jaguar populations in Mexico. Per the Silver City Sun-News, the recovery plan could remove the jaguar from the Endangered Species List, though no breeding jaguar population resides in the U.S., part of its historic range. The FWS plan estimates that 300 jaguars live in Sonora, Mexico, and that the region can sustain a population of up to 1,166, though previous estimates put the sustainable population of Sonora at 172 jaguars.

The story also notes that conservationists were critical of the draft, expressing disappointment in the FWS for planning to focus its efforts solely in Mexico. Critics argued that the U.S. holds some of the best unoccupied jaguar habitat, making it prime for restoration efforts.

The FWS has caught flack for its handling of jaguar conservation in the past. In 2007, the FWS determined that developing a formal recovery plan would not promote jaguar conservation, a decision for which it was subsequently sued. In 2010, after facing legal action, FWS did indeed develop a recovery plan. The new draft of the plan states, however, that knowledge of the species’ status throughout its historic range—which comprises 21 countries—remains limited, and that the service lacks the resources and authority to stage a large-scale international research and recovery of the species. Because the species’ range is so vast, with most of the territory outside of the U.S., the service says that “it is not practicable to establish site-specific management actions, objective and measurable recovery criteria, and time and cost estimates throughout the species’ entire range.” Moreover, FWS notes that 95 percent of suitable habitat in jaguar’s northwestern range lies in Mexico, explaining, in part, the decision to focus recovery efforts south of the border.

Critics nonetheless chided the FWS for not planning to focus jaguar conservation efforts in the U.S.

Though the FWS may not be basing jaguar recovery efforts stateside, time will tell whether its strategy will shift should sightings continue in the Southwest.