Are We Sending Soldiers into Battle with a Substandard Rifle? 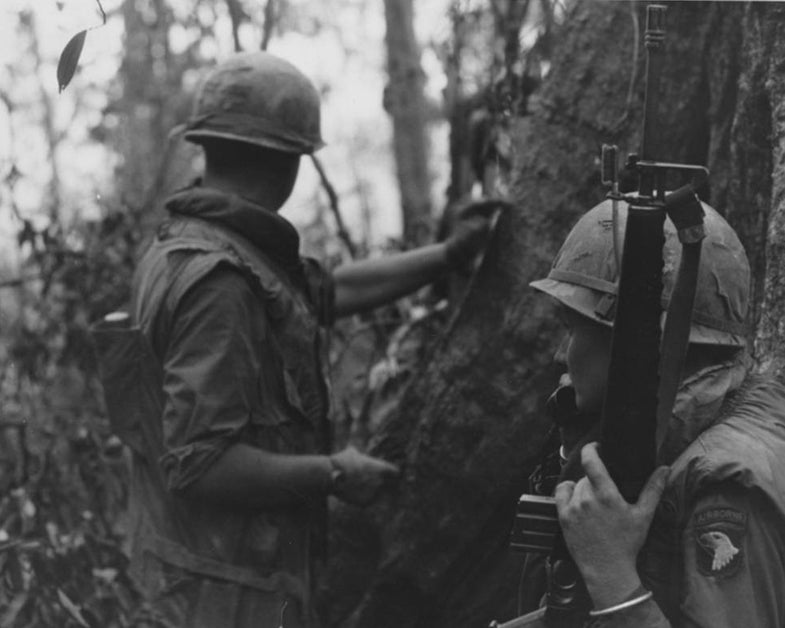 On May 18, retired Army Major Gen. Robert H. Scales submitted a statement to Senate Armed Services Committee saying that since the end of World War II, thousands of U.S. soldiers have died because we have sent them into combat with inferior small arms. He is particularly critical of the M4, descendant of the M16.

In 1969, Scales—winner of the Silver Star and former commandant of the U.S. Army War College—was commanding an artillery battery supporting troops on Hamburger Hill in Vietnam. At 3 a.m., the firebase was attacked by the enemy, which had dragged their AK-47s through the mud for hours. Their AKs functioned to devastating effect. His men were carrying M16s. “To this day, I am haunted by the sight of three of my dead soldiers lying atop rifles broken open in a frantic attempt to clear jams.”

The M16 entered service in 1964, more than 50 years ago. The transition to the M4 variant has been remarkably slow, Scales maintains, and the rifle is not a major improvement. He faults the 5.56 mm cartridge as being too small for modern combat. Its mass limits its effective range to less than 400 meters. If six states consider the cartridge ineffective for deer, why would anyone stake a soldier’s life on it? He also quotes reports of soldiers in the Middle East putting 15 rounds into an approaching suicide bomber before stopping him. But the real problem lies in in the gun’s basic design. “Gases traveling down a very narrow aluminum tube produce an intense ‘puff’ that throws the bolt assembly to the rear, making the bolt assembly a freely moving object in the body of the rifle. Any dust or dirt or residue from the cartridge might cause the bolt assembly…to jam.”

By contrast, he notes, the AK-47 cycles using a solid operating rod attached to the bolt assembly, so the gases throw the rod and bolt assembly back as one unit. The solid attachment means that mud or dust will not prevent the gun from functioning.

Scales blames a bloated and out-of-touch military procurement system, which micromanages every aspect of new small arms with hundreds of pages of regulations, to the extent that technological progress is almost impossible. He notes that the Russians continue to develop improved versions of the AK-47, notably the AK-12, which is slightly lighter and shorter than than the M16, and has a higher muzzle velocity and longer range. Its basic platform allows for nearly 20 different modifications.

I’ll defer to combat veterans and gun experts as to the validity of Gen. Scales’ claims. If he’s right, it’s a national scandal and disgrace. If not—and you don’t see a lot of people supporting him—then he’s…what? A highly decorated crank? I’ll withhold judgement. But I lived through the Vietnam era. I’ve seen too many instances of people in positions of authority—government, military, you name it—saying “Nothing’s too good for our boys” and then short-changing them. Sometimes with mortal consequences. You can read the general’s statement here.