You know that the biggest bucks will be tearing up the woods, smashing heads, and running does everywhere. The only questions are: how will you hunt and when? Here are the seven days you must be in your stand. 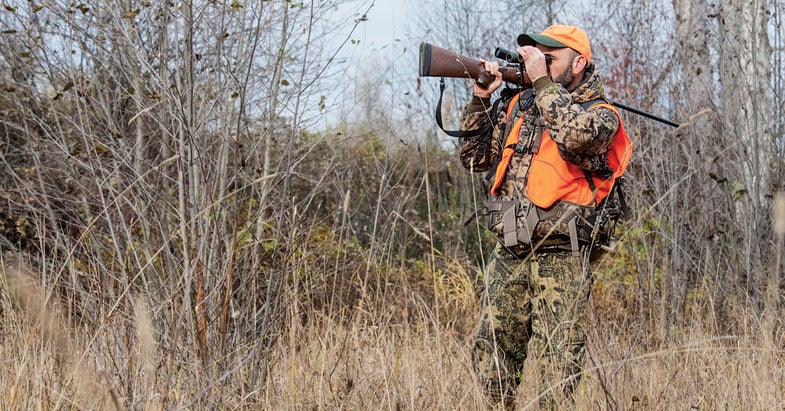 Day 1: October 27
This day will kick-start pre-rut activity across much of the country, particularly in the Northeast, North-­Central, and Great Plains regions, as bucks start trolling hard in search of that first hot doe. Farther south and west, bucks will be increasingly active within their core areas. While it may seem early for midday hunting, the full moon will make that 11-to-1 window a killer time to be out if it’s cold.

Day 2: November 6
There’s bound to be a doe or two popping in the northern regions today, and you can bet that the most experienced studs will be cruising to find them. Meanwhile, across the West and into parts of the southern regions, bucks should be focused on seeking does. All across the country, the moon will be up in the daytime sky for much of the day; activity should be high, notably so in the morning.

Day 3: November 11
The deer woods will be on fire today. Most of the country is on the cusp of peak breeding—the magical time when some breeding has started, and there are new does coming into heat by the hour. Much of the southern regions will see ramped-up pre-rut action, too. And the moon will be up all day.

Day 4: November 14
Sure, it’s peak breeding across much of the nation’s center, but in many of those states, firearms season has just opened. That influx of hunters will get locked-down deer moving, and even the wariest giant will follow his doe into harm’s way. In the West and across much of the southern regions, including parts of Texas, deer will be on their feet much of the day, searching for and chasing does. Expect some jaw-droppers to hit the ground.

Day 5: November 21
Again, hunters in the South and across much of Texas should see some outstanding buck action today, as those regions approach peak-breeding dates. Meanwhile, hunters in the West, Great Plains, North-Central, and Northeast regions will see the first hints of pickup breeding. Pressure from gun hunters should also keep bucks moving. The moon will be up at dawn and won’t set until midafternoon, so the morning hunt should be stellar today.

Day 6: November 26
If you’re serious about tagging a true giant, pickup breeding is your time—and that’s the phase deer are squarely in today in all but the southernmost regions. Put off your Turkey Day feast until after dark, and you’ll have even more to be thankful for. Hunters farther below the Mason-Dixon Line will start to see the beginnings of this activity, too.

Day 7: December 6
It’s full-on pickup-breeding time for monster bucks in much of the South and South-Central, including much of Texas. What’s more, colder weather should goad deer into spending more time at major food sources. In the more northerly regions, the second rut will be starting in earnest now. Today’s afternoon moonrise will make unbred does and fawns move toward the hottest food sources a little earlier—and the bucks will be right behind them.

Bonus Dates: December 26 and January 2
In parts of the Deep South and Texas, the rut is not only much later than the rest of the country but highly variable from place to place. That said, make sure you’re hunting on these two days, which combine great breeding activity with peak movement and feeding times for whitetails in general. Assuming your season is still open, take a little break for the holiday celebrations, but then get back out there.