Kill a Superbuck: The Return Customer 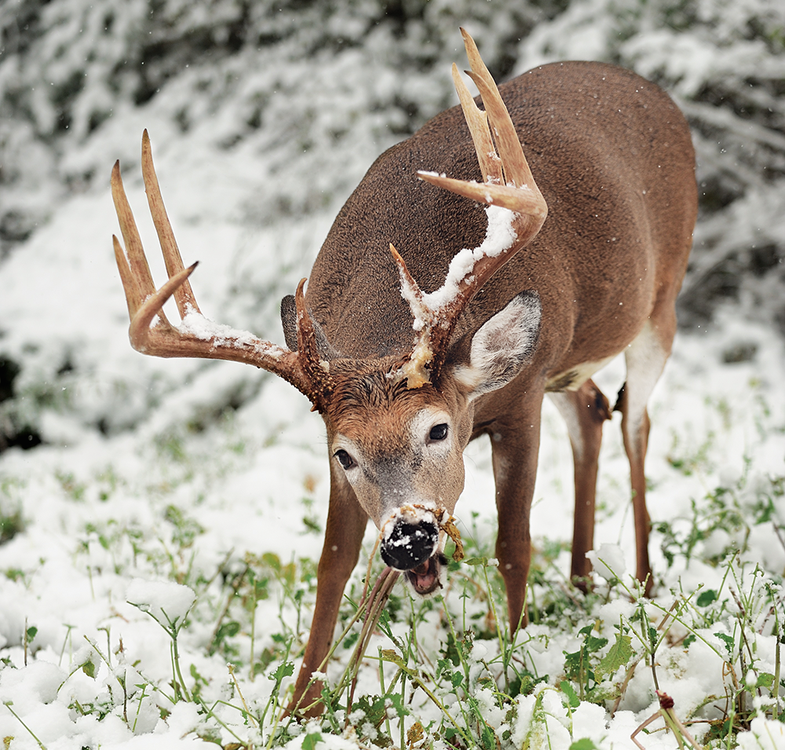 ■ “I first saw this buck when he was 31⁄2 years old and already in the 160s,” Drury says. “I immediately issued a hands-off policy on him.” At age 4, the buck was a giant, but very tough to kill. “I’d have tons of pictures of him from July through October, and then he’d just disappear.” He would always come back in the late season, though, because he knew where the food grew. Each season, Drury plants multiple plots specifically for that time of year.

“I had pictures of him all last summer again, and he was even bigger. I hunted him hard all through October, only to learn I was chasing a ghost. When I checked trail cams at the end of the month, I didn’t have a single shot of him. He’d left the farm early.”

When December came, Drury felt confident that the buck would return for the late-season grub.

It was bitter cold, with no snow, on Dec. 23, and Drury went right to one of the green brassica plots. “Guess which was the first deer on that field? He gave me a 60-yard shot with my muzzleloader, and I was lucky enough to kill one of my biggest bucks. Everyone loves November, but I think December is the best month to target one of these big, old bucks. Because their greatest weakness is not the rut, it’s food.”

■ First, historical data on the seasonal movements of individual deer can be a huge help in pinning down a superbuck. Drury’s trail-cam photos told him not only that the buck would return in the late season, but also what part of the farm he liked to hole up in. Second, it pays to plant specifically for the late season, when big deer are vulnerable. Drury has this down to a science. “We plant corn and beans, in case there’s a lot of snow and shorter plants are covered up. Next to them we plant a low, green food source like BioLogic turnips or brassicas. If deer can get at it, there’s nothing they want more than a green food source.” If there’s a superbuck in your area now, focus on the best available food, especially green food. And if you don’t tag him this year, put a few plots in his winter wheelhouse for next season.