A fishing hat is meant to have an unsavory flair. 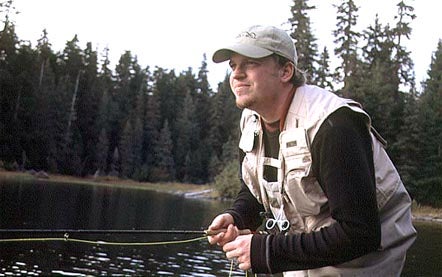 Sportsmen are a superstitious lot, and fishermen, especially, tend to wear what they imagine are lucky hats. This is silly, of course. I can tell you, there is no such thing as a lucky hat.

I once had what I thought was a lucky hat–an old Houston Astros baseball cap, whose bill and band were caked in the foulest film of dirt, grease, and sweat. It didn’t start out as a fishing hat, but at some point it became no longer suitable for wear in public. I would have never noticed this myself, but my wife and a friend were happy to point it out.

My wife tactfully said, “That hat is disgusting, and if I get my hands on it, I’m going to throw it in the garbage. Then I’m going to contact a HazMat team to have my hands decontaminated.”

My friend, and fellow sportsman, was more understanding. He didn’t suggest that I should actually throw the hat away. He just hinted that it could use an oil change.

So, I made this hat my fishing hat, figuring the fish wouldn’t care whether or not I looked presentable. And they didn’t. On one of my first fishing trips wearing this hat, on a river that’s very hit-or-miss, I hit it just right. Blue-wing olives swarmed over the water, and beneath them, pods of big rainbow trout porpoised all around me, their noses and backs and tails breaking the surface while they fed. That evening, I caught the biggest resident rainbow of my life–twice.

Of course, this could have been just coincidence, but my luck seemed to run especially good throughout the whole resident trout season. And later that same year, I caught what is still my biggest steelhead on a fly rod. After a while, I figured it had to be the hat.

Then one day, the hat was gone. It’s true, I’m a person who tends to lose things, and I might have just lost it. Then again, my wife might have finally gotten her hands on it. In any case, it was nowhere to be found, so I replaced it with an equally nasty version. (To my great good fortune, I seem to always have a filthy hat handy.) This one was a Nike baseball cap whose original orange color had faded to a dingy brownish-yellow, except for the ring of filth around the bill and band, which was flat brown.

The following season, wearing my new nasty hat, my luck seemed to start right where it had left off. That summer I caught the biggest resident brown trout of my life.

So, I think it’s plain to see: There is no such thing a lucky hat. What’s lucky is the foul film of dirt, grease, and sweat.