The results of our completely unscientific, utterly unreliable, and indubitably dubious poll. 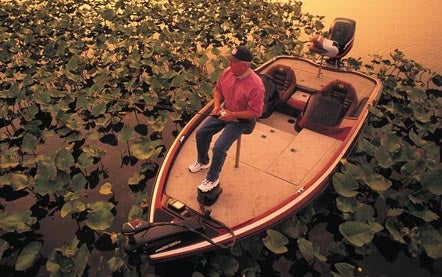 The results from last week’s completely unscientific and utterly unreliable poll are in. And however dubious, they are no less interesting. Are we beer-swilling, NASCAR-watching weirdos? Well, yes, to a degree. But on the whole and according to you, no. Rather, we are skilled, artful, enthusiastic, innovative, thrifty folks who would rather fish than work, only occasionally dress our infants in camo onesies, and are not particularly good judges of manly good looks and suaveness.

A closer look at the poll results also suggests that we are not especially influenced by the stereotypes heaped upon us. For example, there seems to be a perceived association between sportsmen and NASCAR-an idea that a high percentage of us watch the sport (not that there would be anything wrong with that).

Nonetheless, this perception does not hold up in my poll. A full 75 percent of you described NASCAR as either “a snorefest” (50 percent) or, more colorfully, as “a bunch of yahoos trying to kill each other” (25 percent). Obviously, many of the hordes of people wearing camouflage at NASCAR events are merely showing off their fine-tuned fashion sense.

Moreover, neither do we appear to be overly influenced by the negative stereotypes that, for whatever reasons, can pop up among us. For example, along with the positive traits commonly associated with flyfishermen in particular among fishermen in general, there seem to be a few less-than-positive ones as well (strengthened at least in part no doubt by my being one of them). Yet, only 14.2 percent of you described flyfishermen as “yarn-whipping jerks” as opposed to 50 percent who described them as “skilled and artful.” A fairly whopping 35.2 percent did call bass fishermen “beer-swilling Bubbas.” On the other hand, 50 percent chose “enthusiastic and innovative,” and let’s be honest, being a beer-swilling Bubba is not necessarily a negative thing.

Are we weirdos? Well, assuming that Americans in general would consider camo onesies and hunting action figures weird (which may be a pretty safe bet), a certain percentage of us are perhaps a tad strange by that standard. But on the whole, we are not weirdos, as a whopping 83.2 percent of you called hunting action figures “a little weird” and 53.7 percent considered dressing an infant in camo “kind of disturbing.”

In the end, at least according to your responses, we seem to be a fairly enlightened and well-adjusted group. I will admit, however, to being a little disappointed with the results of the final poll question regarding Dave of Dave’s Place, particularly given the obviousness of the correct answer and my efforts to stuff the ballot box.

Shortly after the poll posted, I called all my friends and told them to vote for “unspeakably handsome and suave.” Alas, one doesn’t have a computer and the other was out of town. But there was still my large family to turn to, and figuring my mother would be my best bet, I called her first and asked her to go online and vote. I assumed I wouldn’t have to tell her which answer to choose for the last question. In a few minutes, she called me back.

“So…what did you put for the last question?”

“Well, David,” she said calmly. “I know what you look like.”

So much for a face only a mother could love. In the end, nearly 70 percent of you agreed with my mom. As for the 7.6 percent who described me as “unspeakably handsome and suave,” I’d like to publicly thank my wife and her family.