How to Set the Hook With Dry Flies, Poppers, and Streamers

How to seal the deal when a fish eats your fly. 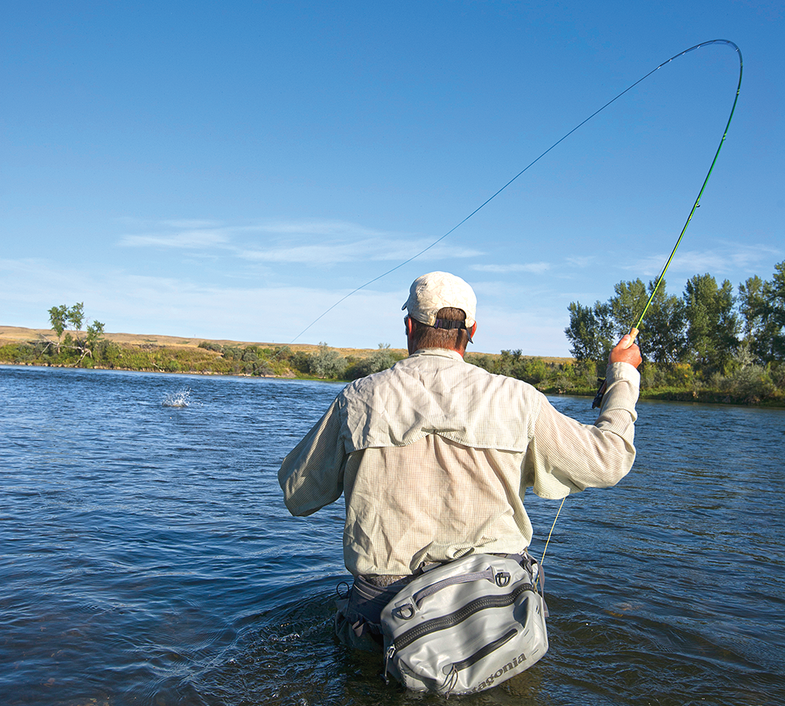 Missing fish on the fly? It could be because of the way you’re setting the hook. The upward swing may be the most traditional, but it’s not always the most appropriate. All you have to do is match your set style to the fly you’re using, and you’ll plant the hook firmly whenever a tank takes a shot.

When a trout rises to a dry fly, it will sip the bug off the surface, turn around, and swim back down to its lie. In this case the classic upward set—a.k.a. “trout set”—is appropriate, because it gets your line and fly moving in the opposite direction of the fish, helping plant the hook solidly.
—

Even though species like bass, bluegills, and pike will hit a foam or hair popper with more force than a trout sipping a dry fly, they still tend to smash, turn, and swim back down. With that in mind, a hard upward set seals the deal with these patterns.
—

Large streamers intended for pike, trophy trout, or muskies are usually taken at or close to eye level of the fish. Most of the time, a fish tracks the fly and strikes from behind, lunging forward in the same direction the fly is moving. If you were to swing up after the hit, you’d risk pulling the fly toward the surface and out of the fish’s mouth. A low-angle strip-strike becomes critical, as all the energy in your set goes into driving the hooks instead of moving the fly in another direction.
—

If you’re casting Woolly Buggers on a small trout stream, or a Clouser on a smallmouth river, the low strip-strike becomes less important. Not only do smaller hooks penetrate faster, but small flies are often inhaled, as opposed to T-boned like larger streamers. Most of the time, an upward set gets small streamers glued effectively.