Wall Size: Most anglers stricken with bass fever agree they can die happy having caught at least one fish weighing... 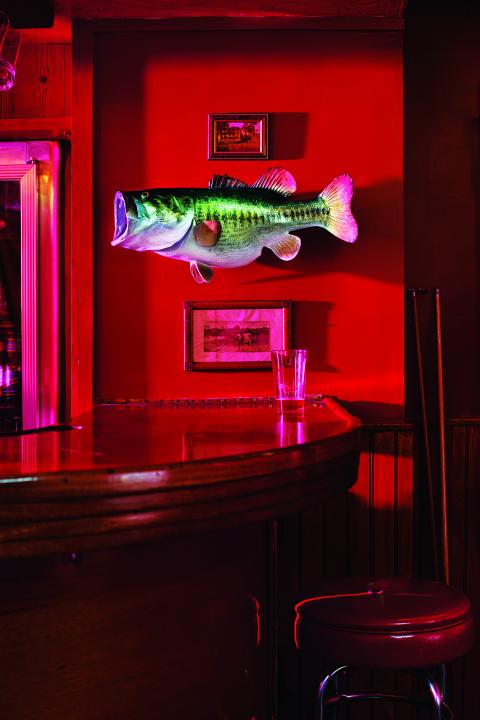 Wall Size: Most anglers stricken with bass fever agree they can die happy having caught at least one fish weighing 10 pounds or more. For the most part, genetics and a good forage base play the most vital roles in growing bass this size. There are certainly many big lakes in North America that produce 10-plus-pounders frequently. Yet, what also makes this trophy so appealing is that, unlike any other of these six species, there is the possibility your 10-pounder is lurking in a small farm pond right up the street, having spent years outmuscling smaller fish to become top dog.

Special Case: A big late-night largemouth is a memorable trophy. One reliable tactic: Take a buzzbait to the lake in the middle of the night. Cast. Retrieve. Listen for the lure’s gurgle to be interrupted by a bass crushing it on the surface in the pitch dark. If that bass weighs 5 pounds or more, you’ve got one heck of a nighttime catch.

✖ Guntersville, Ala. The largest man-made impoundment in Alabama, Lake Guntersville is rife with aquatic vegetation, shallow flats, and creeks that provide excellent spawning habitat for trophy bucketmouths.
✖ Oak View, Calif. Every year, California stocks Lake Casitas with thousands of pounds of trout. It is this high-protein, high-fat forage that lets Casitas bass reach epic weights.
✖ Mazatlan, Mexico Mazatlan is where you’d land before driving north to El Salto–a lake in the Mexican sierra loaded with ­double-​digit largemouths that dine on jumbo tilapia.

Home Waters: When Caldemeyer isn’t on the road fishing the FLW tour, he’s on Lake Fork in Texas. A guide since 2004, Caldemeyer has led clients to more than 50 bass that hit or broke the 10-pound mark. It’s not surprising, considering Lake Fork has been well groomed to produce lunker largemouths. The Florida-strain bass introduced in the 1980s have a genetic makeup that allows them to get beefy, and the strict enforcement of a no-kill rule placed on bass 16 to 24 inches has helped them flourish. Lake Fork also supports multiple shad species and has a wide and expansive array of hawg-hiding hydrilla beds and standing timber.

Trophy Hunting: “I’ve always been a big fan of early spring for really big bass,” says Caldemeyer. “It also helps that the females will be at their peak weight during the prespawn.” In late February and into March, Caldemeyer goes on the hunt when the water temperature reaches the mid 50s. He’ll often find the big girls in water between 2 and 8 feet deep, nestled down in the hydrilla. The grass flats are a prespawn staging area, and a shallow, weedy spot close to a dropoff or deeper channel edge is ideal.

Top Lure: Before bass make beds, Caldemeyer is stuck on one lure color: red. “Females crave crawfish during the prespawn,” he says. “They need the iodine in their diet because it helps with egg development.” Caldemeyer relies on a 3⁄4-ounce red Bill Lewis Rat-L-Trap to mimic the mineral-rich crustacean. “I’ll just work this bait over the top of the grass, and the bass will rise up to eat it. Ripping the Trap off the grass works well, too. When it gets hung, jerk hard. The bass will strike as it pulls free.”

Top Bait: Caldemeyer is strictly a user of artificials, but if you want to tempt a Lake Fork trophy on live bait, he says a water dog is the way to go. These 4- to 8-inch salamanders are available in bait shops around Lake Fork and should be hooked through the top jaw and out of one nostril. (Check your local regulations before using water dogs as bait.) Naturally, the bigger the dog, the more enticing it will be to big largemouths. The salamanders are most frequently fished weightless under a float, Caldemeyer notes. Toss one over the hydrilla during the prespawn–big females hate water dogs because they raid beds–and hang on.

From the April issue of Field and Stream magazine.