Hook Shots Countdown: Best Episodes From The Past 5 Seasons

Five years ago, the “Hook Shots” video series started partly as an experiment, and partly as a joke. When Santa... 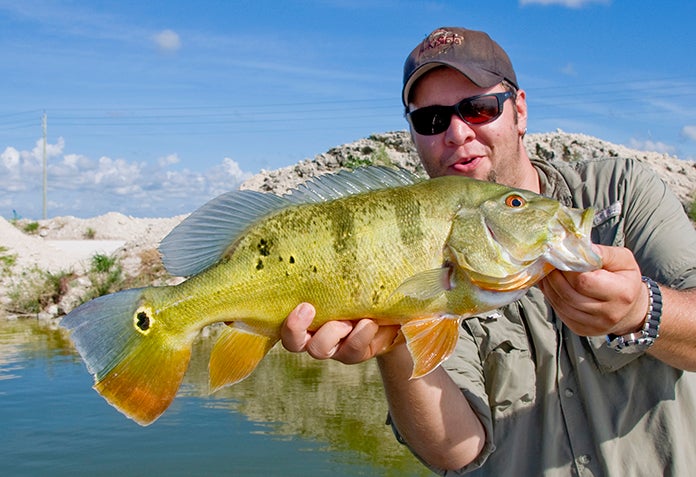 Five years ago, the “Hook Shots” video series started partly as an experiment, and partly as a joke. When Santa left a video camera under my tree in 2008, I asked editor-in-chief Anthony Licata if I could start a fishing show on the F&S website. “Go for it,” he said. Thing was, I had no formal video shooting or editing training. All I knew was that I wanted to create a show that strayed far from the boring fish-after-fish model seen too frequently on TV and capture the good, bad, and ugly sides of ever trip I put on camera. Throw in a dash of punk music and “Hook Shots” was born.

Even today, I learn something new every time I shoot an episode. Five years later, there is still no camera crew, wireless mics, or chase boats. Whoever accompanies me on a trip has to double as the cameraman, and I still edit every episode myself on my laptop. It’s been a fun five seasons, with lots of memorable moments that span from victorious, to comical, to serious. Now, 36 episodes into the series, we thought it was time to call out the 10 best “Hook Shots” episode thus far. Some are my personal favorites, while others are those the viewers seemed to like best. You can also read a little behind-the-scenes info on each chosen episode below.

Freelance writer Chad Love is an Oklahoma native, and back when “Hook Shots” was just getting started, Chad let slip that he had a jones to catch a tuna. “Tell you what,” I said. “Get yourself to Jersey in September, I’ll get us on a tuna boat, and we’ll film it for ‘Hook Shots.'” Seeing that Chad had never really caught any fish in saltwater–like none–I pulled out all the stops and got us a ride on the C-Jam, a luxury sportfishing boat of the highest caliber. Everything was going great, except after running 100 miles offshore and trolling for six hours, we had yet to catch Chad a tuna. Frustrated by the lack of action, the captain decided (much to the chagrin of the mates) that we pull in the tuna lines, re-rig for marlin, and head to deep water. Assuming I wasn’t going to get an episode, I told the mate that if any line gets hit, give it to Chad, because he flew out all the way from Oklahoma. Twenty minutes later, Chad was fighting a 600-pound, 10 ½-foot blue marlin and making early “Hook Shots” history.

Yes, I realize that this happens to be the most recent “Hook Shots” episode, posted only a few weeks ago, but it ranks high on the list. Much like Chad Love’s marlin in season 1, sometimes it’s the miracle fish that show up in a underdog situation that make the most memorable episodes. Just this spring, I spent two days sitting on a beach near Stuart, Florida, hoping and praying that a shark–any shark–would hit one of the baited lines set in the surf by guide Zach “Hammer” Miller. It was looking pretty bleak; we had only beached one nurse shark and time was running out. Then, when we least expected it, one of Zach’s meat sticks bent in half and I found myself tied into a 475-pound hammerhead from the sand. It was not only the most memorable fish I ever caught, but hands down the most chaotic, hectic, and hair-raising video shoots of the last five years.

True story: If you show up with cameras to film a fishing trip, 99 percent of the time you can bank on wind, rain, uncooperative fish, or boat trouble. But there is also that 1 percent of the time when the stars align and the fish gods smile upon you. It happened to me and my buddy John Frazier of Fly Fishing in Salt Waters last September when we set out for Miami to chase peacock bass with guide Roger Gonzalez. What we expected was decent action with fish to 4 pounds on fly tackle in the canals around the city. What we got–thanks to Roger’s access to private quarries–was three days of peacock action so intense it rivaled what you could expect in the Amazon. This was my favorite fishing trip of 2012.

Back in 2010, my dad turned 60. Sixty, in my head, is a pretty big birthday, so rather than take him fishing locally or go out to a nice dinner, I decided to up the ante and got pops and I set up on a trip to Green Turtle Cay in the Bahamas. Over the course of the week, we’d do some flats fishing for bonefish, and chase tuna and dolphin around in the deep water. Of course, my camera rolled every day, and ended up capturing a true fan-favorite episode that even now I still occasionally get emails about. Why? Because I basically spent the entire trip (lovingly) giving my old man a hard time about being so damn old, and I think a lot of people can relate to the constant father-son ribbing.

Years before bass pro Dave Wolak would become a regular blogger here at F&S, he invited me to Lake Champlain in upstate New York to fish with him during his practice day prior to a big tournament. Me being the often-snarky guy that I am decided it would be funny to round up my own “sponsors” in the city of Plattsburgh, and pretend as though I was fishing with Dave to learn the ropes of becoming a pro angler. All I learned was that I crumble like a house of cards when I share a boat with an Elite Series pro. Dave stomped me…just utterly stomped me. But it was a memorable stomping.

The day that Hurricane Sandy hit the East Coast, I was supposed to be on a plane to South Carolina to shoot a redfish/catfish episode of “Hook Shots.” Naturally, that plane never took off. Instead I sat in front of the TV watching the coast of New Jersey where I grew up fishing getting completely obliterated. Around 7:30 p.m. the night of the storm, two trees fell on my house. Friends were calling upset, fearing they’d never see their boats again. It was the most miserable day of my life. But the next morning, looking at strewn tackle and broken rods in my garage and knowing that over the next few weeks my life and the lives of every saltwater fisherman I knew would be consumed by the storm, I started shooting snippets of video. Two months later, I had compiled enough for a final episode of the year. From the day after the storm, to the coming together of anglers in its wake, to finally getting back on the water, it tells the whole story from a local’s perspective.

One of the first “Hook Shots” failures–meaning a trip that was a complete whiff–occurred in 2010 when I tried to get some muskies on camera in New York’s Niagara River. At the time I had never caught a muskie, and after three days of fishing in hard rain and skunking, I decided I had a muskie vendetta and carefully planned my next muskie shoot in hopes of getting revenge. That shoot took place in the winter of 2011 on the Allegheny River in PA. It was frigid and snowing, but veteran guide Red Childress assured me and my buddy Mark Modoski that December was a great time to fish. Despite my skepticism, we stuck it out for three hard days on the river, and ended up scoring three nice muskies, including my first, which happened to fall on my birthday. I love this episode, because it proves if you don’t take risks, you can’t reap the rewards.

Every October, the junior and senior members of Southern Regional High School’s fishing club in Manahawkin, NJ, get to go on the field trip to end all field trips. Departing at dusk and fishing through dawn, the kids jump on a local party boat and head out for a tuna overnighter. In 2011 I joined the club on their annual adventure, partly because I wanted to catch some tuna, and partly because I wanted to see what it would have been like if such an awesome club existed when I was in high school. Ultimately, what I saw was a bunch of vomiting kids, a smattering of swordfish, and a recipe for the worst mac and cheese ever. But it was still a ton of fun.

For the first three years of shooting “Hook Shots,” I kind of shied away from ice fishing for two reasons. One, I was sure that as soon as I reached an ice fishing destination I would be treated to vicious winds, sub-arctic temperatures, and other miseries that make shooting video tough. And two, I didn’t want to spend a few days yanking little walleyes or perch through a hole…if I was hitting the hardwater, it was going to be for something big. In March of 2012, I finally pulled the trigger, swayed by the promise of veteran Colorado ice guide Bernie Keefe that we may not catch a ton of lake trout, but they were going to be big. He was right. Between the gorgeous weather, wicked snowmobiles, and nerve-racking fights with monster lakers on light gear, F&S blogger Tim Romano and I had a blast. We won’t forget this trip any time soon.

The Salmon River in Pulaski, NY, is one of my favorite places in the world to fish when the steelhead are running. But back in ’09, I was a Salmon River virgin, and this episode documented my first visit to this killer river. A long-time fan favorite, this episode still gets my blood pumping, because there’s nothing that makes you feel more hardcore than fighting steel in a frigid river when the air is 17 degrees and the snow is quietly falling. This episode is also the first to feature Captain Eric Kerber’s “Hardcore Tackle” segment, long before I started making him wear funny costumes.