The editors of Field & Stream share their hunting and fishing superstitions. Find out why bananas are bad luck, who carries a buckeye into the field and why one particular baseball cap is good luck. 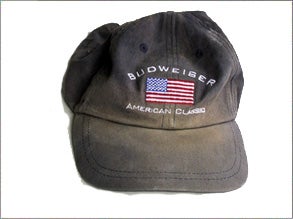 Sporting Superstitions
Legendary hunter Jim Corbett, whose book “Man-Eaters of Kumaon” is one of hunting’s classic tomes, was convinced that all his efforts to shoot a tiger would be in vain until he had first killed a snake. After dispatching a king cobra with a stone while looking for paw prints of the Kanda man-eater, he wrote, “Now, for the first time in many days, I had a feeling that my search for the man-eater would be successful.” The snake proved to be a good omen. Two days later, he killed the tiger as it charged the tree where he was sitting up for it over a kill.

In one way, things haven’t changed much since Corbett’s time: hunters and anglers are still some of the most superstitious folks around, as our editors attest.

Montana mountain man Joe Gutkoski never hunted elk in the Bitterroot Mountains without first driving out of his way to make an offering to the sacred Medicine Tree of the Salish and Kootenai Indian nations. He said there was no point in going into the woods if he didn’t scatter a few seeds under the branches of the old yellow pine, which stands on the bank of the East Fork of the Bitterroot River.–Keith McCafferty

Salty billfish anglers agree that carrying a banana in any form offshore is the ultimate curse. For decades, I mocked that ridiculous stance and ate a banana prior to every offshore expedition. Of course, that might explain why it took 20 years, six countries, and four oceans before I caught a blue marlin.–Joe Doggett

Among my ball caps is one, courtesy of a national brewery, sporting an American flag. After September 11, I started wearing the “Bud cap” on fishing trips and caught fish every time. Other trips, other hats, no fish. It’s the one good thing I can say about Osama bin Laden.–Jim Merritt

When as a small boy I went crabbing with my father, Dad never brought a basket to keep the crabs in. He just let them scuttle around in the boat and I had to keep my bare feet up on the seat to avoid getting nipped. Dad said bringing a basket would make him seem greedy and arrogant about his ability to catch a lot. He told me Nature did not reward people who appeared greedy or arrogant.–Jerome B. Robinson

I never allow myself, nor guests, to say optimistic things about an outing in progress. I especially discourage positive comments about the weather, because one never knows when a mischievous red god–capable of conjuring up thunderstorms–may be listening. I also avoid “happy talk” on the way in, knowing that until we arrive safely back in camp or have my boat securely back on its trailer, anything that can go wrong will go wrong if boasting voices attract celestial attention.–George Reiger

When I lost what I thought was my lucky hat, I replaced it with an almost equally nasty versionÂ¿Â¿Â¿and landed my biggest resident brown trout.

I realize now that there’s no such thing as a lucky hat. What’s lucky is the foul build-up of dirt, grease, and sweat. So when my girlfriend dubs any of my hats “disgusting,” I can wear it to the river with confidence.–Dave Hurteau

There’s a proper sequence to getting dressed for the field. If you don’t put your left sock and boot on before the right sock and boot, you might as well stay at home. This is common knowledge among well-bred deer and fine quail hunters everywhere.–Gary Garth

When Bryan Anderson heads to the duck blind he carries a buckeye. He pockets the same nickel-size brown seed he’s had since about age 14.

“I just like to carryt with me,” explains the bank officer. “It goes in my pocket right next to my knife.”

I have long believed that no matter how hard I hunt for elk, I will not bring one into my sights until I have decorated my hatband with a feather or other animal token that I find along the trail. A feather from home won’t work. Last year, while guiding my nephew Brandon on an elk hunt with my brother, Kevin, I found a dead ermine in the snow. I cut off the white, black-tipped tail and stuck it in the hatband, then turned to Kevin and said, “There’s just no way we won’t get an elk today.” I stroked the tail for luck when we found a band of elk later in the afternoon and was not surprised when Brandon’s shot was straight and true.–**Keith McCafferty

** My fishing buddies are superstitious — of my presence.

My mother, now in her 80s and no longer fishing, used to believe that no trolled worm would ever catch a trout unless she’d spit on it before it went into the water. The converse was that if any man or boy in the boat dared spit on a bait, it would frighten any trout that encountered it right out of its scales. The heck of it is, most of the time she was right.–Dave Hughes

When duck hunting, I always put out an odd number of decoys, with 23 a favorite. I picked up this habit from an old, South Jersey bayman, who, like many country folks, believed odd numbers were lucky, and that indivisible numbers in particular had almost magical powers.–Lawrence Pyne

No matter how long or fat or otherwise tempting, I never string the first fish of the day. Most times, that generous and conservative gesture is repaid by the fish with plenty more strikes. And when it is not, I’m not stuck with only one fish to clean.–Doug Pike

In many coastal communities south of the Mason-Dixon line, it’s considered bad luck to bring bananas on a fishing trip. Some charter guides will even ask their clients before they leave the dock whether they have bananas with them. If the answer is “yes”–depending on the extent of local superstition–the skipper will either request his anglers to take the bananas back to their vehicles or demand they throw them in the nearest dumpster.–George Reiger

When Cree Indians kill geese, they pull a few feathers from under the wing and rub them between their hands while repeating words of thanks. Then they tuck the feathers into the earth. “We think about where the geese came from and then put something back in gratitude so the geese will come again,” they explain.–Jerome B. Robinson

My dad always used to joke, we thought, that when we pitched the cook tent in deer camp, if we didn’t do it right and the wind blew it down, dinner would either be late or spoiled. The one time my brothers and I got careless and tested his theory, he turned out to be precisely right. We were lucky all we missed was a meal.–Dave Hughes

I believe there is luck inherent in hearing an owl hoot during a hunt. This comes from the memory of being a 12-year-old on his first deer stand. It was a cold, snow-filled Wisconsin morning, and I waited eagerly to see my first buck. As hours passed, I grew discouraged and impatient. I don’t know what made the barred owl emit his lonely “Who-cooks-for-you?” cry, but the song caught my attention and made me forget, at least for a few moments, my funk. Like most kids, I’d always been fascinated by–and a little scared of–these night hunters, but I felt a little kinship with that owl. Maybe his hunting was going as slowly as mine. Anyway, not long after the hoot died, I heard two deer approaching, and one was a fine 8-point buck. I managed, through trembling hands, to kill that deer, and in the many seasons since, I’ve always regarded owl hooting as a powerful good-luck totem.–Scott Bestul

I begin each deer season by placing some chewing tobacco at the base of a tree. I first did this on the advice of a Cree Indian guide, who said that before I could expect to take a deer, I had to offer a token trade to Manitou. Hours later, I bagged a tremendous buck. —Lawrence Pyne d two deer approaching, and one was a fine 8-point buck. I managed, through trembling hands, to kill that deer, and in the many seasons since, I’ve always regarded owl hooting as a powerful good-luck totem.–Scott Bestul

I begin each deer season by placing some chewing tobacco at the base of a tree. I first did this on the advice of a Cree Indian guide, who said that before I could expect to take a deer, I had to offer a token trade to Manitou. Hours later, I bagged a tremendous buck. —Lawrence Pyne