Stop by the Chester Ice House for a cold drink and to chew the fat--and let the cats come to you. 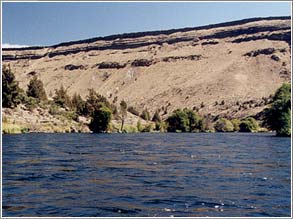 If you’re a serious catfish angler around Richmond and points south-where the drawl, the James River, and the whiskered fish themselves all run broader and deeper-sooner or later you’ll find your way to the Chester Ice House on Jefferson Davis Highway. They sell block and cubed ice, live eels, four kinds of worms, five sizes of minnows, and all manner of tackle. Sit here long enough, and you’re likely to see somebody weigh in a monster catfish. Even if the fish doesn’t come, you won’t have wasted your time. At Chester’s, the vanishing art of porch-sitting is still practiced by master craftsmen.

You park on the gravel apron out front, walk up the steps onto the porch (mind that spongy board-they’re going to fix it one of these days), and nod to the regulars. They are men in shorts, with white socks and black shoes, who appear to have been born sitting in these rusted office chairs with the exploded cushioning. Zuki (his handle from the hunt club ever since he had the audacity to buy Japanese) is primarily a drywall man when he’s not fishing. He’d be on the river today except he doesn’t like to go alone. Besides it’s 10 o’clock on a Sunday so hot that a man who doesn’t already have some momentum going isn’t likely to generate any now. Nester, who enlisted in the Navy at 15 and drove an LST ashore on the beaches at Normandy and Sicily and Anzio, would go except that he’s getting a little stiff in the joints and so stays off boats. When he sees the proprietor of the used-car lot next door emerge from his office and head this way, he starts ribbing him 20 yards out.

“Rudy, you oughta sue them legs a yours for non-support. Hell, I’ve seen herons with more meat on their pins.” Rudy smiles at his friend, plants a skinny leg on the edge of the porch and shakes his head wearily.

“Been to three damn auctions this week and haven’t bought car one,” he says. “You see them Yankees coming in the door, you might as well leave. Paying top dollar, every one. They’re buying ’em higher than I can sell. Pitiful is what it is.”

Inside it’s cool and dim. Crickets pulse in an oversize bait box and the aerator hums its endless song to the eels and minnows. A jar of pink pickled eggs looks like it hasn’t been opened since the Eisenhower administration. There are four signs saying no checks, two advising you not to mess with the minnows, and one that reads a pack of nabs and a cold drink make a GOOD snack. Jimmy Fields, 16, wearing a camo cap bearing the signature of Rusty Wallace, his favorite NASCAR driver, minds the register for his aunt in the summer.

“Guy come in with a three-fish stringer the other morning that weighed 111 pounds,” Jimmy says. “Blue cats. Won’t fit in a livewell. Guys who don’t want to keep ’em carry wet burlap to wrap around the fish. You’d be surprised how long a catfish can go without air and still swim away.”

He says the serious catfish anglers go out all night and bring their catch in the next morning. Sundays are when the most fish find their way into the yellow plastic laundry basket that hangs from the big circular scale on the porch. The ice house is a game checking station and anybody with a fish over 20 pounds gets a citation from the state.

A man and a boy who comes up to the middle of the man’s thigh wander in for a dozen blood worms and some frozen alewives. The boy hefts sinkers from the coffee cans arranged on the floor, fingers the packs of Eagle Claw hooks on the pegboard, stares at the shiny packs of Line Buster prepared baits: Bloody Cheese, Slimy Shrimp, and Oily Shad. He is nearly dancing in anticipation of going fishing with his dad. He plucks two bobbers from a wooden bin and taps them together, making a sound like castanets. “These are what make the fish jump up out of the water,” he explains.

Five minutes later, three beefy guys in tank ps and paint-spattered sneakers come in. They stroke their stomachs thoughtfully while looking over the pegboard, then select four packs of Eagle Claws, three dozen medium minnows, a box of 17-pound Stren, six bottom rigs, and an assortment of egg and pan sinkers. One peels off 16 limp dollar bills from a roll. “Worth it just to get someplace where you can’t smell no paint fumes,” he murmurs.

When you’ve had as many monster catfish brought into your store over the past 20 years as the Chester Ice House, taking more Polaroids is not a high priority. The store record, a 50-pound blue caught by Jeff Snow, is still up in the window, of course. A fish that size looks fake, more like a young bull with its legs chopped off than something that breathes water.

The 46-pounder caught by Johnny Pilkenton doesn’t look quite real, either. The thing that convinces you isn’t the fish themselves, it’s the take-the-damn-picture-so-I-can-put-this-sucker-down expressions on the faces of the anglers.

There are other photos, too. On the door of the refrigerator where regular customers help themselves to worms, frozen alewives, herring, and squid, there’s a shot of a South American fish called a manaquise pulled from the James River 2 miles away. “Guy thought it was a crappie at first,” says Jimmy. “Started to stick his hand in its mouth and saw it had teeth an inch long.”

Another shot shows a guy holding up a 3-pound 1-ounce piranha. “Yep. Guy from the state certified it. Best we can figure is people just chuck ’em in the river and they winter over by the power-plant outflow. Had an albino largemouth a couple of years back. Went 4 pounds. You never know what’s gonna come outta this river.”

At 2 o’clock, there is the sound of a car wheeling up fast on the gravel. Then from outside Nester calls, “Oh, Lord. Bring the citation book, Jimmy. Boy’s got another fish.” It’s Johnny Pilkenton, the guy who caught the 46-pound blue in the photo, and a friend. When we come out he is already up in his trailered boat with a hatch open. He wrestles out the tail, then the great torso, and finally the head of an enormous blue catfish. The scale registers 30 pounds 4 ounces when the fish is lowered into the basket.

Even in death, a fish that big has a kind of authority, like it still knows secrets about the river no man will ever know. Its undoing was a hunk of cut perch on a huge 7/0 Black Tip shark hook, which is still deep in its maw.

Johnny says his buddy fought a much bigger fish, a 45-pounder, for about 20 minutes starting at 3 a.m. But the fish got a look at the boat, went back down, and afterwards never came within 10 feet of the surface. Eventually, the hook popped free.

Johnny, an electrician who used to skip grade school to go fishing, says he still has a garage full of bass tackle. “But I only go out a couple times a year now that I know how to catch big cats.” He says the secret on this river is deep water, at least 30 feet. Johnny uses stout 7-foot rods, baitcasting reels, and 17-pound line. He places a 3- or 4-ounce egg sinker above a barrel swivel, then attaches a 3-foot leader so the bait waves enticingly in those deep currents. He eats some fish himself, but gives most to families who need the meat. He gets his citation, ices down the fish for the ride home, and takes off.

Zuki busies himself peeling an apple with his pocket knife. He gets it all in one long strip that a corkscrews at his feet. “Give it to the crickets when I go inside.” Nester just nods. After a while he gets up and goes to his truck, returning with a worn photo clipped from a 1944 National Geographic and much repaired with adhesive tape. It’s a wide angle shot of scores of men disembarking from a towering boat. The caption reads from wide-swung jaws of an lst, our german prisoners from italy. A tiny figure sitting up high on the craft is circled. “That’s me,” says Nester. He smiles. The cigar never moves. e smiles. The cigar never moves.