Angling in Y2K and Beyond

Things are not all roses, but the outlook for the future is pretty durn good. 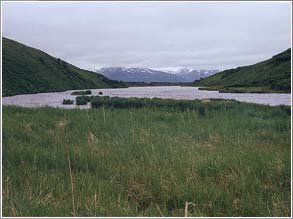 In contrast to hunting’s uncertain future (see last month’s column), angling prospects in the 21st century are downright rosy. Angling has its critics, most notably the People for the Ethical Treatment of Animals (PETA), but this group is so far out it offers no real threat.

As if to flaunt her organization’s lunacy, PETA president Ingrid E. Newkirk wrote Harper’s (November 1999) about chickens she’d allegedly “rescued” that “…had as much personality as any dog and a whole lot more than some people I’ve known. They played ball with chickpeas and bits of melon, fought over the best perch to nap on, gossiped behind the shed, and loved to sit peacefully on my lap and get all gussied up for the roosterÂ¿Â¿. Today, each American is estimated to eat about 31 of my girls every year, despite the availability of soy Â¿Â¿chicken’ that tastes pretty much like the real dead bird but comes without the cholesterol or the cruelty” (emphasis added).

If no one at Perdue Farms or Tyson Foods feels threatened by Newkirk’s nonsense, no anglers should either. The Attack of the Biocrats Angling’s most immediate threat in the 21st century comes not from “humaniacs,” but from governmental biologists (whom I’ll call “biocrats” to distinguish them from biologists who teach or do pure research). Biocrats are protected from public opinion by their status as civil servants. Indeed, many take pride in this, claiming it gives them “objectivity.” But objectivity for what and from whom?

When Ed Koch was mayor of New York City, he often went out on the streets to ask constituents, “How ‘m I doing?” Increasing numbers of anglers are giving state fish and game departments an answer to that question by hanging up their tackle. That angling license sales have stagnated in an affluent society with an ever growing population is astonishing evidence of serious flaws in recreational fisheries management.

Although biocrats insist they’re anglers, too, they view the value of fish and fishing differently than the rest of us. As all fishermen develop, we move past the catch-and-keep-everything phase of our lives toward the ideal of throw-back-everything-but-the-big-ones. But the best don’t stop there. They evolve into those who may keep a few small fish for a meal but carefully revive and release everything else — especially the big ones that spawn the next generation of fish and fishermen.

** Kill Them. Kill Them All. **
Few biologists reach this plateau. They’re just entering the second phase of development when they’re indoctrinated as students with the idea that a fish has no value unless it has been measured, weighed, sexed, aged, and had its stomach contents examined. Of course, the only way to acquire such detailed data is to kill every fish you catch. Thus, by the time the average biologist has finished college, he has regressed to the first phase of angler development. Besides being recreationally challenged, some biocrats seem to resent anglers who’ve moved on to the third level. That’s because sportsmen who release most of the legal-sized fish they catch screw up the data — even though little of it, if any, is actually used to enhance fish stocks.

** How to Be a Biocrat**
What then is the purpose of data? Job enhancement. Biocrats are promoted on the basis of the number of computer-enhanced charts and graphs they produce, as well as their willingness to go along to get along. However, this still doesn’t explain why so many state administrators drag their heels on angler requests to establish additional waters for catch-and-release fishing. If the host of nearly every outdoor TV show releases nearly every fish he catches, what’s so radical about establishing at least one additional pond, lake, or stream in every county of every state for catch-and-release angling only?

As long as most fishery administrators are content with mediocrity, an increasing percentage of American anglers will travel abroad in search of superior fishing. Canadian resorts hold up as hotspot destinations, decade after decade, not because they’re remote, but because most maintain a strict code of catch-and-release fishing beyond what the law requires.

An angler who flies to Labrador for magnum brook trout or to Great Bear Lake for trophy lake trout does so with confidence he’ll connect, because previous generations of anglers have been as restricted in what they were allowed to keep as he’ll be.

Furthermore, since modern taxidermy no longer requires a dead fish to create a lifelike replica — and since larger, older fish are generally less flavorful than smaller ones — why kill any big fish?

** Kill Them All, Part II **
Saltwater anglers are also frustrated by biocratic inertia and timidity. But marine anglers have an additional cross to bear in a commercial fishing industry seemingly indifferent to the long-term harm it does and with political clout all out of proportion to the industry’s worth. Yet, saltwater’s future may be brighter than current frustration would indicate. Ironically, that brighter future has less to do with improved management than the fact that most “seafood” will eventually come from “farms” or “ranches,” and not from the sea itself.

industry. Last year, for example, a deal was struck between the Coastal Conservation Association, the Billfish Foundation, and the American Sportfishing Association, on one hand, and the Blue Water (long-line) Fishermen’s Association, on the other, to phase out all long-lining in 160,000 square miles of the Gulf of Mexico and Atlantic Ocean south of North Carolina. While such agreements need Congressional approval if federal funds are used to buy out the long-liners, purse seiners, or trawler fishermen, saltwater anglers have far better rapport with politicians than they do with the biocrats of the National Marine Fisheries Service (NMFS). If the NMFS made a genuine effort to manage marine fisheries for anything approximating sustainable yields, there’d be no need for nongovernmental organizations (NGOs) to make end runs on the NMFS’s authority. But since the NMFS has never evolved to a higher policy plane than the old Bureau of Commercial Fisheries it replaced 30 years ago, the NGOs have no choice but to make their own deals for the sake of saltwater angling’s future.