Ice more fish the winter with a two-rod technique. 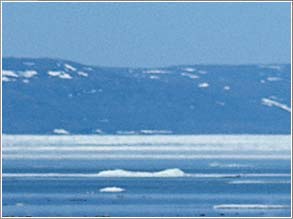 Like many ice fishermen, I didn’t realize that the teaser, or attractor, tactic could be used effectively in ice fishing — until I saw a partner drill two holes just 2 to 3 feet apart and begin fishing with two rods.

He would jig vigorously with one of his short ice rods, while letting the other rod sit as if he had forgotten about it. It wasn’t until he had hauled up his third hefty rainbow trout that I realized all three of the fish had taken the idle jig.

My companion explained that he purposely worked one jig close to a resting jig at the same depth so that if a trout was attracted by the dancing jig but was too skittish to hit, it might take the passive, “easy” prey. Or, my partner explained, if he missed a strike on the active lure, the fish often switched to the easier target.

The strategy also explains why ice fishermen sometimes find that their strikes come when they stop jigging and put the rod down to pour a cup of coffee. Fish in frigid water are less aggressive than in warmer seasons, and they may not be willing to expend the energy to catch prey that seems to be fleeing in a panicked manner. Also, cautious fish may be suspicious of, or even feel threatened by, an erratically moving lure.

The teaser tactic works best when the angler uses a small jig for the passive lure — 1Â¿Â¿32-ounce, 1Â¿Â¿64-ounce, or even smaller, with a marabou-feather tail — and tipped with a corn grub, mealworm, small minnow, or piece of minnow. Bait can be tipped on both the actively jigged lure and the passive jig, and sometimes an aggressive fish will take the moving morsel. Either way, the angler has given the fish two choices.

While the proximity of the two lures is the key, the closeness of the two lines can be a complication. Although it doesn’t happen often, a hooked fish sometimes swims into the other line. If you’re alone, you can just grab the other rod and toss or slide it several feet away from the hole, clearing the line from possible entanglement.