The concept probably wouldn't work for politicians, but it seems to be doing just fine for anglers in one Arkansas bass club. 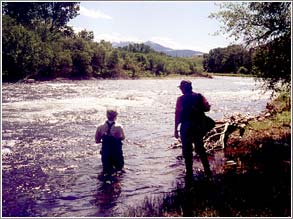 The Beaver Lake Supercasters has been using the honor system -allowing members to fish solo in its monthly tournaments-for seven years now without a single allegation of cheating. “A lot of our members just like to fish by themselves,” says tournament director Gary Seay. “You go where you want, when you want, and you’ve got nobody else to blame if you don’t score.” He says a number of other clubs have contacted him about adopting the practice, but so far the Supercasters is the only organization actually doing it.

The rules for the 88-member club are simple. Members must be signed up before the March-through-October season starts, so that no one can come in and “hotshot” a tournament. The top three finishers and a few other competitors selected at random are given polygraphs before awards are presented. So far, Seay reports, the only violations that have turned up are safety-related: not wearing a life jacket or not having a kill-switch hooked up when running.

“Our guys take a lot of pride in playing by the rules,” he says. “I even had one fisherman come in and ask me what the regulation was on getting out of your boat to land a fish. I told him you couldn’t. The guy voluntarily disqualified his biggest fish of the day because he’d gotten out of his boat to unwrap his line from around a dock cable.

“I think a lot of people don’t recognize the integrity of the men and women who fish for bass,” says the former Navy man. “We’ve got some of the greatest people on earth around here.”