LAKE ERIE: One With Walleyes 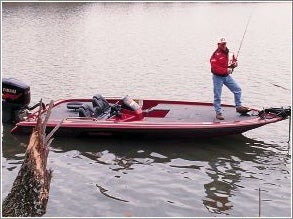 LAKE ERIE: One With Walleyes
Walleye mania rules Lake Erie. On New Year’s Eve, for instance, the town of Port Clinton, Ohio, counts down the seconds by lowering a 20-foot fiberglass walleye during the Walleye Madness at Midnight celebration. Not bad for a lake so polluted 30 years ago its signature tune could have been “Smoke on the Water.”

Credit the Clean Water Act of 1972 with pulling Erie back through death’s door and raising it to the status of America’s Walleye Capital. Today, anglers in the Ohio waters alone annually harvest well over a million walleyes. This year should see an abundance of 18- to 20-inch fish in the lake and a good mix of bigger walleyes, including some monsters holding over from the huge year classes of the 1980s.

Toledo’s Maumee Bay is the hotspot in March, April, and May. From May through June, fishing centers on the lake’s Western Basin off Toledo and Sandusky. June through August usually see the year’s highest catch rates as charter boats follow the schools up to 20 miles offshore into the lake’s Central Basin. No Ohio town drops a 20-foot smallmouth bass on New Year’s Eve. But it may be only be a matter of time; smallmouths are so numerous in water filtered clear by invading zebra mussels that some anglers already call Erie “America’s Smallmouth Capital.” Mid-April to mid-June and the month of October offer the best fishing. For more details, contact the Ottawa County Visitor’s Bureau (800-441-1271; www.lake-erie.com)