The High Art of Worm Fishing

Do you want to catch fish or not? If the answer is yes, here are 12 sophisticated way to fish the most effective bait on the planet. 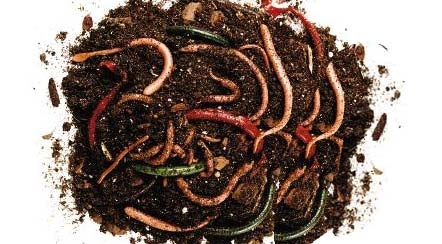 Flyfishing came into vogue in the early 20th century, and with it came criticism of worm fishing: It was too easy. The debate was considered to be of such importance that, in 1904, Atlantic Monthly magazine published a feature article entitled “Fishing With a Worm.” The author was the magazine’s editor, an eminent scholar named Bliss Perry, who argued for the worm’s facility in catching trout in brush-choked streams, celebrating the skill and sport that such a venture entailed.

But in a practical sense, the world has changed from Perry’s alder-tangled brook-trout stream. Like any other bait, a worm’s effectiveness has come to depend on its presentation. H.G. “Tap” Tapply underscored this point nearly a half century ago in one of his Field & Stream columns. “A worm is such a shapeless creature,” he wrote, “there doesn’t seem to be very much a fisherman can do with it except jab it on a hook and toss it into the water.” But as Tap demonstrated, an angler can do a good deal to make a worm more appealing (beginning with how it’s hooked-lightly through the middle). I’d like to think that he would have approved of the 12 tips that follow.

1 Add a Charm
“The smaller the trout stream, the better worms work” is an axiom that hasn’t changed in the 100 years since Perry wrote his article. Anglers of his era simply stuck their rickety fly rods through alder tangles and dropped a weighted worm into a deep hole. Today most of us prefer spinning rods for such work, and to me, a simple worm flip-flopping in the current looks bare-naked. A fingernail-size spinner, with a few red beads strung in front, makes the curlicue of worm irresistible.

** 2 Convince Them Cold**
There’s a certain logic to using a big bait in hopes of rousing lethargic coldwater fish. But water temperatures in the 30s and low 40s leave metabolism rates low and fish nibbling at the ends of worms and crawlers. You’ll attract and hook more fish with a smaller offering-a light breakfast, say, rather than a turkey dinner. For ice-out trout, perch, and sunfish, try using half a garden worm. Even classic gluttons like bullheads might prefer a leaner cuisine when the wind is cold or the run is just starting. A stub of nightcrawler on a No. 2 hook makes a perfect catfish snack.

** 3 Send a Wake-up Call **
Crawlers are generally not thought of as the bait of choice for selective fish, but if the local trout stream or bass pond has you pricing 3-woods, here’s a trick worth trying. Go out at first light with ultralight spinning tackle, and toss out a crawler on a bare hook. Morning is prime feeding time, and the weightless bait’s slow descent leaves 5 inches of squirming protein in full view for quite a while. After you’ve made the cast, keep the bail open and put the rod in a forked stick. The line will fall off the rod in slow loops as the worm settles, but more often than not the slow loops will become a blur, and the morning will suddenly get rather interesting.

[NEXT “Go Dark and Deep”] **4 Go Dark and Deep **
When smallmouths scatter along rocks and weeds in their postspawn funk, try turning to the seductive synergy of a jig-and-crawler combination. You can fish deep and cover a lot of territory, and the crawler seems to be the perfect touch for this transitional time, when the smallmouths have yet to lock on to a preferred forage. Dark jigs-black, brown, and purple-seem to match the nightcrawler’s color. I generally use a whole crawler, prefer marabou dressing, and drop the rod for two or three seconds when I get a hit.

** 5 See Red **
Is it their 1- to 2-inch size? Maybe the fact that red wigglers frequent the forested soil along the banks of brookie streams? Perhaps the tannin-stained water highlights their coloration. Biologists call these little redworms Eisenia foetida, but generations of brook trout fishermen would say the portant thing is knowing where to find them-in a manure or leaf pile, beneath a log-and where to use them-anywhere the brook trout are wild and hungry.

** 6 Strike Right **
Walleyes take a wide variety of worm rigs across their range. Whether you slowly troll or drift with the current or wind, one thing’s for certain: The sinker had better be rapping the bottom. And distinguishing bottom from a bite can be tough. The trick is to ease the rod back to the strike (maybe a foot) and feel for life at the end of the tightening line. If it’s there, set the hook with a sweep rather than a jerk. Once in a while you’ll find yourself hooked to those slow, hearty tugs, and that lovely weight of spring.

7 Follow a Float Plan
Back in the day, no largemouth fisherman worthy of the name would be without a few bobbers in his tackle box. A bobber allowed for a precise presentation, usually just above the weeds. So positioned, a nightcrawler became a deadly bait for pond bass. The trick was (and is) to drift along a transition in weed height or density, trailing the worm behind the boat, and using as little weight as possible and a quarter-size float so that the fish won’t feel resistance when it takes the bait. Try it at first and last light. Full sun scatters largemouths and emboldens panfish, which rip apart floating crawlers.

[NEXT “Go Dark and Deep”] 8 Spoon a Worm
A spinner with a worm works great when trout are active. But on days when you need a slower presentation, consider using a spoon. Replace the treble hook with a snap-swivel, a 2-foot leader (3 feet in clear, calm water), and a size 6 hook with a garden worm. The spoon adds some casting weight and will flutter and flash much better on a slow drift than will a spinner, which needs more speed to work. If you’re fishing from shore, try casting and retrieving with a stop-and-start action. This is an old Adirondack method for squaretail trout of a bygone era, but it still works wherever spring trout feed along shorelines.

** 9 Take a Dim View**
Turbid water brings out the best in a worm. Perhaps the rain that results in the rise in water level and turbidity washes an occasional worm into the stream or lake and heightens the general predatory interest in them (though I can’t recall having ever found a “wild” worm in the stomach of a fish). More likely, the cloudy water keeps feeding fish focused on the bottom, where your worm is likely to be. Worm-friendly species like bullheads, brown trout, and walleyes tend to be productive feeders in low visibility. And unlike mirror-sided shiners, worms present these predators with a dark, solid shape. So the next time the river promises to be a bit high, pick a few crawlers from a garden or the nearby golf greens the night before you go. Chances are you’ll be glad you did.

** 10 Pinch an Inch**
When the heavy walleyes move on to the big-water shoals in the late summer, try going after them with a bucktail jig and a 1-inch pinch of nightcrawler. The bait covers the hook point, deflects weeds, and offers a taste of prey. With nothing dangling or flapping, it remains secure regardless of current, casts, or ambitious panfish. A “sweetener,” as old-timers called it, can make all the difference-not only for walleyes but for an occasional muskie, too.

** 11 Drift Away**
Whether you’re wading or fishing from a boat, drifting worms is one of the great searching strategies for bigger rivers. For trout, a spade-dug, 4-inch garden worm is the right size; for bass, walleyes, and steelhead, a crawler may be a better choice. The key is to drift the bait through feeding and holding areas because fish in current are not going to chase down the bait, as they might in still water. Use just enough weight to tick the rocks. Strikes will come as a sharp tug rather than a pull or rap. Fish the transitions: mouths of tributaries, bankside slicks, and the edges of big pools.

**12 Go Guilt-Free **
As the late Ed Zern, Field & Stream’s great humorist, once put it, anglers are born honest but they get over it. His dictum applies to any number of angling maneuvers, including the matter of adding a piece of worm to a wet fly. The fly-and-worm is at its best in the quick-water pockets of late-spring brooks. Some anglers believe that certain patterns work better than others in this role, the Woolly Worm, Black Gnat, Royal Coachman, and Professor among others, but I personally don’t think the type of fly matters. At this point you’re not really flyfishing anyway. , bankside slicks, and the edges of big pools.

**12 Go Guilt-Free **
As the late Ed Zern, Field & Stream’s great humorist, once put it, anglers are born honest but they get over it. His dictum applies to any number of angling maneuvers, including the matter of adding a piece of worm to a wet fly. The fly-and-worm is at its best in the quick-water pockets of late-spring brooks. Some anglers believe that certain patterns work better than others in this role, the Woolly Worm, Black Gnat, Royal Coachman, and Professor among others, but I personally don’t think the type of fly matters. At this point you’re not really flyfishing anyway.