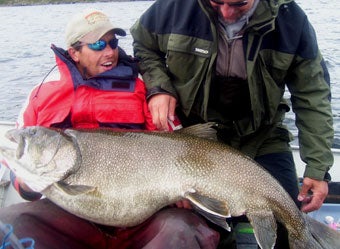 Located 1,200 miles northwest of Hawaii, Midway Island was the site of a decisive World War II battle. Since 1988, it has been managed as a National Wildlife Refuge. In 1996, a sport-fishing operation was established on Midway and now the island is famous for its inshore action for giant trevally and offshore action for tuna, marlin and wahoo. Fishing for giant trevally, or ulua as they are known in Hawaii, moved Midway to center stage. In the past five years numerous trevally in the 80- to 130-pound range have been landed, including a 105-pounder that set the 30-pound line-class world record. You can fish from shore or from 22-foot Glacier Bay catamarans. Pili poppers, large fly-rod poppers, shallow-running lures and streamers readily draw strikes. Stout rods and reels with plenty of line are required. Be ready for a bone-jarring strike and a blistering run. Transportation to Midway is via a once-a-week 737 flight from Honolulu that takes about three hours one way. Contact: Sportfish Hawaii (877-388-1376); U.S. Fish and Wildlife Service (808-599-3914).