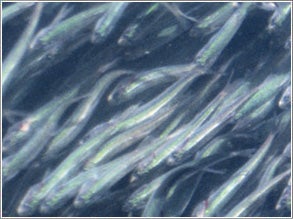 TEXAS GULF: Padre Knows Best
South Padre Island is the crown jewel of inshore fishing on the Texas Coast, a great destination for the vacationing angler without a boat.

The barrier island is at the southern tip of the crescent coastline, a one-hour drive from Harlingen (or a six-hour drive from Houston). The strand of sand dunes, sea grasses, and shells is defined by a jetty to the south and the wild Padre Island National Seashore to the north. The green Gulf of Mexico rims the eastern shoreline, and the grassy Lower Laguna Madre insulates the western flats.

In between, an array of resort hotels, restaurants, and gift shops provides ample support for a family excursion. And, afoot or afloat, uncommon fishing potential waits beyond the tide line.

South Padre Island is semitropical, with water readings seldom dropping below 65 or topping 85 degrees. This favorable environment supports the widest variety of inshore gamefish available in Texas-and most are within year-round reach of bay waders, surf waders, pier fishermen, and jetty walkers.

The A-Team lineup includes tarpon, snook (the only viable population in the United States outside Florida), mangrove snapper, speckled trout, red drum, Spanish mackerel, cobia, and king mackerel. The list goes on, but the light-tackle enthusiast gets the drift-as well as the strike-under the prevailing southeast wind.

Prime months are late spring through fall, but the best time to fish South Padre is when you can. And the recently reopened Queen Isabella Causeway makes that as easy as packing a rod and pointing a vehicle south. For more information, contact the South Padre Island Chamber of Commerce (956-761-4412; www.sopadre.com).