The impact of fishing for fun. 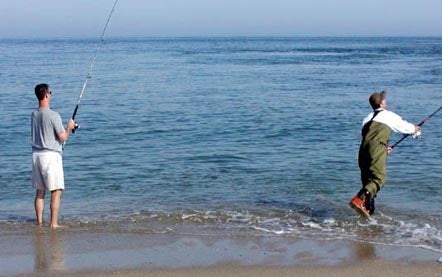 New research from Florida State University debunks the belief that sport fishing has a minimal impact on some of the world’s troubled fisheries, showing instead that recreational saltwater fishermen catch twice as many fish as previously thought. Even more surprising, the study also claims that sport fishing accounts for nearly one-quarter of the catch of many overfished species such as red snapper, red drum, and bocaccio.

In a comprehensive analysis of the impact of recreational fishing in U.S. waters, published in the journal Science, researchers compared sport and commercial landings of all federally managed fish for the last 22 years. Despite the widely held view that commercial fishing was solely to blame for dwindling fish stocks, the study showed that recreational anglers were adding to the woes of troubled species.

The American Sportfishing Association says the report is misleading. “It ignores the fact that the reason the species arrived at their current conditions was years of commercial overfishing,” says ASA spokeswoman Mary Jane Williamson.

10 million— Number of saltwater anglers in the United StatesThe