I had the opportunity to attend the 5th annual Fisher’s ATV World reunion at Rock Run Recreation Area in Patton,... 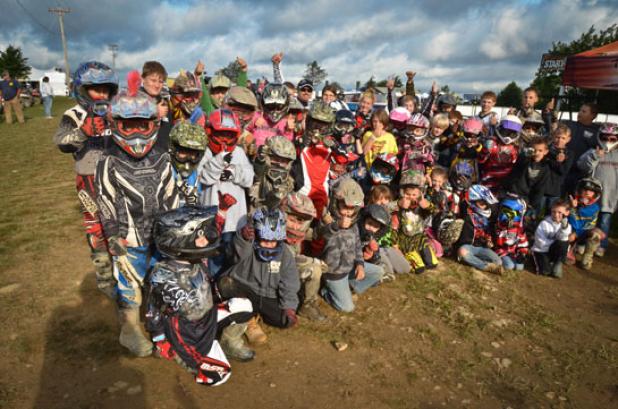 I had the opportunity to attend the 5th annual Fisher’s ATV World reunion at Rock Run Recreation Area in Patton, Pa. This family-friendly event centers around Brian Fisher, the host of Fisher’s ATV World show that appears on The Outdoor Channel. The weekend was chock full of trail rides, free autograph signings, competitive events, vendor displays, demo rides from manufacturers like Yamaha, Can-Am, and John Deere, and some fantastic concerts.

As the parent of two young kids, the thing that I appreciated most about this event was how well the Fisher’s crew catered to the kids. Fisher took the time during his Meet and Greet sessions to rap with the kids and their families and sign autographs on shirts, hats, helmets and sometimes their quads. I heard Fisher comment repeatedly about how much returning kids had grown in the past year, and he often joked about them now being taller than him. The kids really looked up to him. It impressed me how well he positively played that role, while also promoting responsible riding.

Trail riding was permissible all weekend, with special rides happening periodically. Fisher led three separate youth rides on Saturday morning. The first two were with the little tikes and the final ride encompassed participating teenagers. It was great to see kids wearing helmets and protective gear, which many organized events somehow still manage to fumble. At one point during the ride, one of the little guys blew a mental head gasket because he was sure his little Yamaha Grizzly was about to blow up. Fisher took the machine for a test ride, gave the kid a few words of encouragement, and all was once again good in the world. On the teenager ride, Fisher and the film crew demonstrated how they actually film the show, which I think was very age appropriate.

The QuadBoss Challenge Finals started on Saturday afternoon. The event is a competition for multiple classes of ATV’s and SxS’s, as well as entertaining human powered events. The obstacle course for the motorized machines entailed of a rock garden, logs, tire climbs, whoops, a tight technical section, and a giant mud pit. Competitors were required to negotiate the course in the quickest time possible without knocking any tennis balls off of any giant orange construction cones.

Fisher kept the crowd involved in between rounds with numerous competitions for both kids and adults alike. My favorite was the mud pit sprints, where “rubbing is racing” was permitted. However, there is something phenomenally entertaining about watching a guy pinch giant washers that his wife shoved between his butt cheeks, then waddling 10 of the washers, one at a time, 20 feet to be dropped into a bucket with Fisher’s microphone recording the “clunk.” This year’s winner jumped into the lead with an impressive butt-clinched sprint. But about seven washers into his shining performance, he cramped up like a dog passing peach pits. Although he powered through the pain to take the win, my advice for next year would be to pound a few potassium-filled bananas beforehand.

In years past, there has always been a concert on Saturday evening featuring country music musicians like Bucky Covington, Daryl Singletary, and Lee Brice. There were two concerts this year; country musician Randy Houser performed Friday and AC/DC tribute band Back in Black rocked it out Saturday. The concerts are atypically cool because attendees could ride their ATV or SxS right up to the concert and watch from there. In between songs, the crowd’s cheering was often drowned out by engines clipping their rev limiters. To say the experience was unique is an understatement.

Rock Run has been the site of the Fisher’s ATV World Reunion since the beginning, and next August it all goes down again. Rock Run has plenty of excellent camping areas, with room to park even the biggest RV’s. Trails are well marked and provide riders of all skill levels with enough mileage to stay busy the whole weekend. The view from the visitors center is outstanding, and the trails vary from wide open roads I could land the space shuttle on, to tight gnarly technical trails very typical of the northeast. If you’re an off-road enthusiast in search of a family-friendly event, this is one worth attending. Be sure to check out www.fishersatvreunion.com and www.rockrunrecreation.com for more details.