Essential Skills: How to Tie a Double Fisherman’s Knot

Tie One On The double fisherman’s knot joins two ropes, and although I never use it for fishing, it is... 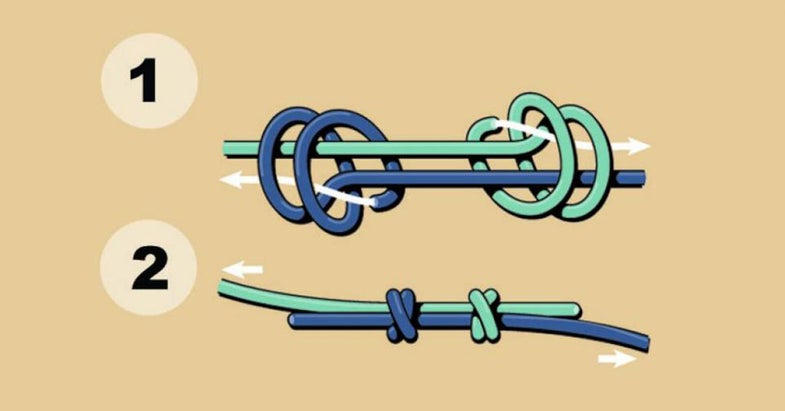 The double fisherman’s knot joins two ropes, and although I never use it for fishing, it is one of my holy trinity of favorite knots (with the trucker’s hitch and figure eight loop). I’ve used it to lengthen tent and tarp guylines, to tie painter lines together for lining canoes up rapids, and to combine odd ropes whenever I don’t have one long enough for my needs. This knot also has a nice, streamlined profile with just enough bulk to provide a good grip. With 6mm or 7mm rock-climbing accessory cord, the double fisherman’s knot makes awesome grab handles for duffels, canoes, and coolers.

Step 1:
Lay the two ropes one atop the other with tag ends in opposite directions. Using the tag end of one rope, tie a double overhand knot around the other rope.

Step 2:
Using the tag end of the second rope, tie a double overhand knot around the first rope. Snug tightly. Now, why not go and learn the trucker’s hitch and figure eight loop, too?