How To Put an ATV Winch To The Extreme Test

by Mike Calabro I went out to Silver City, Idaho to photograph and test out the new line of winches... 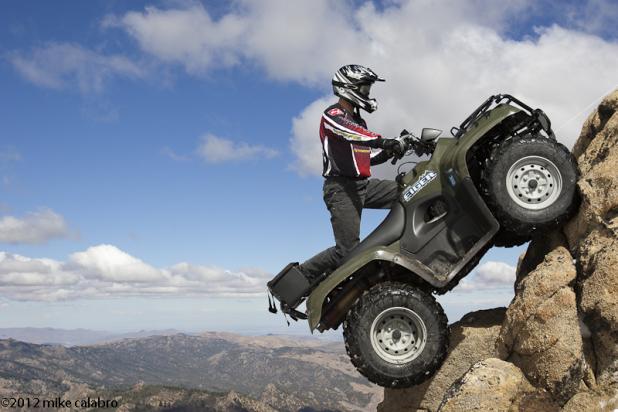 I went out to Silver City, Idaho to photograph and test out the new line of winches by WARN. One of the test riders told me that you can winch up anything. The first thing I pointed to was a 50-foot vertical cliff. We set up a bomb-proof anchor at the top of the cliff and started spooling out the cable when another rider from our group stopped us.

I apologized for trying to destroy their ATV. He said that the winch would have no problems dragging the quad up the cliff — the problem is that some gas could spill out of the tank and no one wanted to be on the ATV while operating handlebar-mounted winch control.

We settled on this, easier, rock face instead.