This state-by-state guide to the best public-land elk hunts in America includes information on specific units, tags requirements, and deadlines. 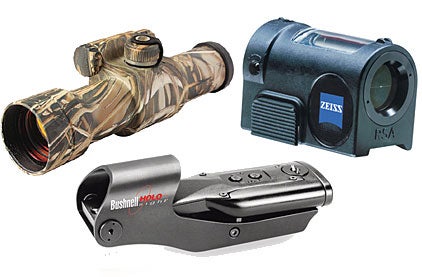 New Mexico has earned a reputation for producing big bulls and quality hunting on public lands. Here are 4 top spots:

1. Units 34 and 36 are located in the sprawling Lincoln National forest, where you’ll find plenty of elbow room and nice bulls.

3. Unit 52 near the Colorado border contains the Carson National Forest, another vast chunk of public property.

4. Unit 15 lies in the Gila National Forest in the southwestern corner of the state and has produced several 400-class bulls.

Licenses and Tags: Apply for New Mexico permits in the annual lottery drawing (applications available in January) by contacting New Mexico Dept. of Game & Fish, 800-862-9310; gmfsh.state.nm.us. [pagebreak] Wyoming has strong elk populations and some wonderful bulls. To get your feet wet here, apply for a statewide general elk license, which allows you to hunt in areas such as:

5. Areas within the Bridger-Teton National Forest, south of Jackson, where there is good public access and solid elk populations.

6. Areas within The Medicine Bow National Forest (sections of which are located west and north of Laramie) where you can find lightly hunted areas, especially in archery season.

While you’re hunting in these units, start accumulating preference points for the Cowboy State’s Limited Quota Areas, such as:

7. Area 7, also known as the “Laramie Peaks,” a mixture of public and private ground known for great bulls.

8. Areas 30, 31 south of Rock Springs. Amassing the points to pull this tag may take a while, but there are few better places in America to kill a monster bull on public land.

9. Unit 6A (near Camp Verde) is so large and well-populated with elk that biologists feel it contains 20 percent of the state’s elk hunting opportunity, especially in the ponderosa pine forests of the Coconino National Forest.

10. Unit 3C (located between Snowflake and Heber) has good public access, with most of the unit lying in the Apache-Sitgreaves National Forest.

11. Unit 5B (outside Flagstaff) has excellent bull-to-cow ratios and hunting near water “tanks” could produce a fine bull.

Licenses and Tags: Tags are drawn on a lottery basis, with application deadline in mid-February. Contact Arizona Game & Fish Dept., 602-942-3000; gf.state.az.us. [pagebreak] Montana truly has it all for elk bowhunters; booming herds and fine bulls that can come from virtually any unit. That said, two areas stand out for do-it yourself hunters happy with any bull.

14. The Beaverhead National Forest (outside Dillon) is known for high elk densities and is a perennial hotspot for bowhunters.

15. Two large sections of the Gallatin National Forest south of Bozeman offer more hunting opportunity than you could exploit in a lifetime, and come with the bonus of good elk numbers and some fine bulls.

16. For archers looking for something different than high mountain hunting, archery-only area in the Missouri River Breaks area have a reputation for producing some true trophy elk.

Licenses and Tags: All Montana big game licenses are issued via lottery draw, and applications are due in March. Contact Montana Fish, Wildlife & Parks, 406-444-2612; fwp.state.mt.us. [pagebreak] Colorado remains the unguided hunter’s heaven, with over-the-counter tags available for most units. In fact, many serious elk hunters reserve Colorado as a back-up plan should they not get drawn for other states. But this is no ugly stepsister; elk herds are booming and chances for a respectable bull are very real. Check out:

17. Any OTC (over the counter) unit in the White River National Forest between Glenwoods Springs and Meeker. State biologists call this area “the crown jewel” of Colorado elk hunting.

18. The Gunnison National Forest between Gunnison and Crested Butte is well-known for quality elk and the high country that allows hiking hunters to escape the crowds.

19. In the southwestern corner, the San Juan National Forest north of Pagosa Springs can produce nice bulls for hunters willing to work hard.

Licenses and Tags: Colorado also has limited quota and archery-only units that require preference points to draw but are worth the wait. Contact Colorado Division of Wildlife, 303-297-1192; dnr.state.co.us. [pagebreak] Idaho remains a sleeper state for hunters with big bulls on the brain. Full of public land and host to a healthy elk herd, Idaho also offers licenses on a first-come, first-served basis. Check out:

20. Unit 1 in the Kanisku National Forest, portions of which have less severe terrain than some of Idaho’s more rugged units.

21. Unit 6 in the Clearwater and St. Joe National Forest where, in some years, archery success rates approach 20%.

Licenses and Tags: Before you go, check out the Idaho Fish & Game website’s “Hunt Planner”, which details excellent and current hunting/access iNational Forestormation.

Contact Idaho Game & Fish Dept., 208-334-3700; fishandgame.idaho.gov. [pagebreak] Oregon hosts two subspecies of elk (Roosevelt and Yellowstone) and is one of the few states offering over the counter tags. For the latter, look into these areas:

23. The Murderer’s Creek Unit is a well-known elk hangout and offers good access, thanks to the Malheur National Forest and BLM lands.

24. The Sled Springs Unit, a good area which has traditionally been OTC, has recently gone to a draw-only unit. The limited access could mean nicer bulls here in the future.

25. The Minam Unit in Wallowa-Whitman National Forest is an additional hotspot for archery bulls during the rut.