How to Train a Bird Dog in Your Living Room

Photo by Denver Bryan/Images on the Wildside Not too long ago many trainers believed that bringing a young gun dog... 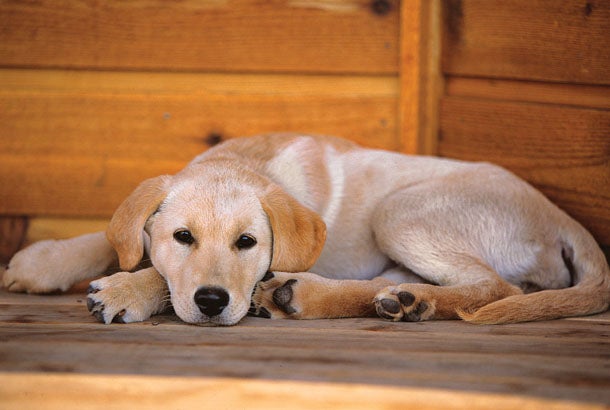 Photo by Denver Bryan/Images on the Wildside

Not too long ago many trainers believed that bringing a young gun dog in the house would ruin its nose and its passion for the field. Thankfully, that notion has since been shot down. Mike Stewart of Wild Rose Kennels in Oxford, Miss., understands that most gun dogs spend the majority of their life at the foot of the easy chair. Here are his rules to ensure your four-legged hunting partner amounts to more than a warm-blooded couch cushion.

1. Straight to the Crate
Get your pup familiar with a crate as soon as you bring it home. At first, you may need earplugs as Pup protests spending time in the new quarters, but that will fade. To make the process easier, hide a treat inside the crate before you put the dog down for the night.

Field Translation: Whether you travel via airline or truck to your hunting destination, you want a dog that’s happy in the crate.

2. Place Maker
Your dog should never have the run of the house but rather have a few spots or “places” to call its own. Stewart suggests getting a few dog beds for different areas of the home. (Command “place” each time you settle your dog on its bed.) No matter where you are in the house, the dog should be on one of its beds. “Once a dog is on its bed,” says Stewart, “don’t mess with it.”

Field Translation: A dog that’s comfortable with the “place” command will be much easier to keep steady on a water stand or pit box.

3. Who’s the Boss
As soon as you bring your pup into the house, it becomes part of your pack, whether that’s a pack of two or 10. But you must remain the pack leader. Your pup should learn to wait for you to enter a door first, to eat only when you say it’s O.K., even with a bowl of food in front of it, and to go to its “place” even if there’s room on the couch next to you.

Field Translation: If you can’t be the enforcer in the home, Stewart says, you might as well hang up your whistle before you get to the field.