This is the lightest Kimber ever--and maybe the best. 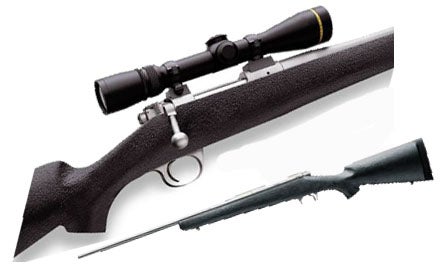 Normally, my expression is that of an IRS auditor who has found someone who diddled the government out of $37.50. But last summer I was smiling because I got to try two rifles that are just plain wonderful. One is the Tikka T3, which I reviewed in the November 2003 issue, and the other is the Kimber 84M Montana.

Kimber has traveled a rocky road. The original business was called Kimber of Oregon, which operated from 1980 to 1991. It produced beautiful but flawed rifles that were plagued by malfunctions and lack of accuracy. In 1997, a new company called Kimber Mfg. Inc. was started in the scenic city of Yonkers, New York, by entirely different management, and there is nothing flawed about what they’re building.

The new Kimber is based out of what has been described as the most modern firearms plant in the world, and benefits from the talents of a gifted Israeli gun designer named Nehemia Sirkis. In its second incarnation, its firearms have proved to be very, very accurate. Kimber chose to first produce Government Model 1911Â¿Â¿Â¿style .45 automatic pistols, and those have been a raging success. In 1999, a series of Mauser-actioned .22 rimfire rifles joined the line, and a year later the Mauser-actioned Model 84M centerfire debuted.

BEYOND LIGHTWEIGHT
In the past, all Kimber rifles were stocked in claro walnut and checkered by hand, with quite traditional looks. The 84M Montana, however, is a radical departure. Kimber wanted a Kevlar stock for the gun, it being the lightest and strongest of all stock materials. So the company hired Melvin Forbes of New Ultra Light Arms, who was the first to develop a Kevlar stock, to show it how to make one. The resulting rifle weighs 5 pounds with Leupold scope bases attached, which means it weighs 4 pounds 14 ounces by itself. Friends, you do not want a centerfire rifle any lighter than that. All stainless steel, the Montana comes with Kimber’s very high quality 22-inch button-rifled barrel, an excellent trigger, and a tasteful paint job in Institutional Gray. It’s chambered for the .243, .260, 7mm/08, and .308.

SOME CAVEATS
Like the Tikka, this is a nearly perfect rifle (nearly because it’s right-hand only). Even at my pickiest, I can’t come up with anything that the gun lacks, or that Kimber should have done differently. The Montana I tried out (a .308) shot only average groups of 11/2 to 13/4 inches with ammo it didn’t like, but an inch or much less with what it did.

Rifles this light are difficult to shoot accurately. Every little tic and twitch in your quivering body will be transmitted to the crosshairs, and unless you can hold a rifle steady, you had best resign yourself to missing a fair amount. Light rifles also kick. The 84M Montana will not kill you by any means, but it does provide a noticeable jolt. Then there is its availability: In the immediate future, Kimber will probably not be able to meet demand because the stocks are made by hand, and it is slow, highly skilled work. At press time, the company is back-ordered well into late 2004. And it is not cheap. Suggested retail is $1,053. But this is a truly fine little rifle. I know of others that are its equal, but they cost two to three times as much. And that makes the Kimber 84M Montana a bargain.