The tiny but terrific .204 Ruger 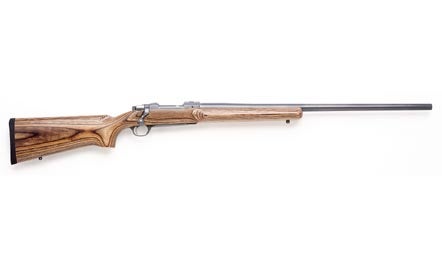 Hornady and Ruger, which have combined to give us such excellent cartridges as the .480 Ruger and the new .17 HMR, have come up with yet a third, and it is a true delight for varmint hunters of all stripes (although not for varmints of all stripes; they will probably detest it). Called the .204 Ruger, it’s a .20-caliber cartridge.

The .20 caliber is not a new idea. Back in the 1960s, there were .20- and .17- and even .14-caliber wildcats. These were loosely referred to as sub-calibers. If you turn to page 260 of P.O. Ackley’s Handbook for Shooters and Reloaders (published in 1962), you will see a wildcat called the .20/222 and this comment: “An even better cartridge might be made by necking down the .222 Remington Magnum.” And that is exactly what Hornady has done.

For those non-dodderers among you, the .222 Remington Magnum was a larger, more powerful version of the wildly popular .222 Remington, but it never enjoyed the same success and was eclipsed by the .22/250 and the .223. It was, nonetheless, a fine cartridge and serves as a dandy platform for this new sub-caliber.

WHY A .20?
The true purpose of a .20-caliber rifle is to terminate the furtive existence of prairie dogs, which, since woodchucks have retreated to the woods under siege from coyotes, are now the varmint of choice. True cognoscenti of the prairie dog shoot at them from sporting ranges, which means that you often don’t hit them with the first shot and must be able to see the bullet splash in order to correct for the second. For this to be possible, minimum recoil is a must, and because it employs a small powder charge and a tiny bullet, the .204 kicks very little. This small powder charge also means that your barrel will not glow cherry red after sustained shooting, which is a problem with larger cartridges.

[NEXT “Click Here for Page 2”] Finally, you can generate howling velocities when driving bullets of only 32 and 40 grains. The .204 Ruger is advertised as giving velocities of greater than 3800 fps with the 40-grain bullet and 4200 fps with the 32-grainer. My chronograph confirmed this-the heavier slug measured 3835 and the lighter screeched along at 4196. Forty-two hundred feet per second is as fast as commercially loaded bullets go; that velocity is approached only by the .220 Swift.

And those tiny bullets are effective. I had the chance to shoot prairie dogs with a .204 in July and found that it does just fine out to at least 250 yards, and beyond that in the hands of a very good shot. And it will handle larger animals. If the errant coyote crosses your field of view, shoot away. (A colleague of mine took a .204 to Africa and shot one of the smaller antelope quite dead with it.)

THE RIFLE I
did my testing of the .204 with a Ruger MK II Model 77 bolt action. It is a superior rifle. The stock is laminated hardwood done in target style with a wide fore-end. To squeeze out every last bit of velocity, the medium-heavy barrel, which is of very high quality and very smooth, is 26 inches long. My Model 77, minus a scope, weighs 101/4 pounds, and a high-power scope will add another pound. The result is negligible recoil and a nice, steady hold even with all that magnification. The trigger has a double-stage pull and breaks at 3 pounds with a small amount of creep.

Accuracy is impressive. The Ruger showed a marked preference for the 40-grain loads, printing them into five-shot groups that averaged .516 minute of angle. The 32-grainers averaged .810. I would go with the more accurate load and not fret about missing out on 4000 fps plus. It’s my experience that if you want to do consistently better than 1/2-minute of angle, you have to spend a lot more than the $675 that this Ruger costs. (Treble or quadruple that figure and you’ll have some idea.)

The gun’s one weak point is its trigger. It’s okay, but if it were my rifle, I’d spend $100 more andd have an aftermarket trigger installed that can be set for a 1/2- or 1-pound pull. Even with the extra expense, you’ll still have a bargain.

The lot of the prairie dog is not an easy one. And the .204 Ruger should make it even tougher.