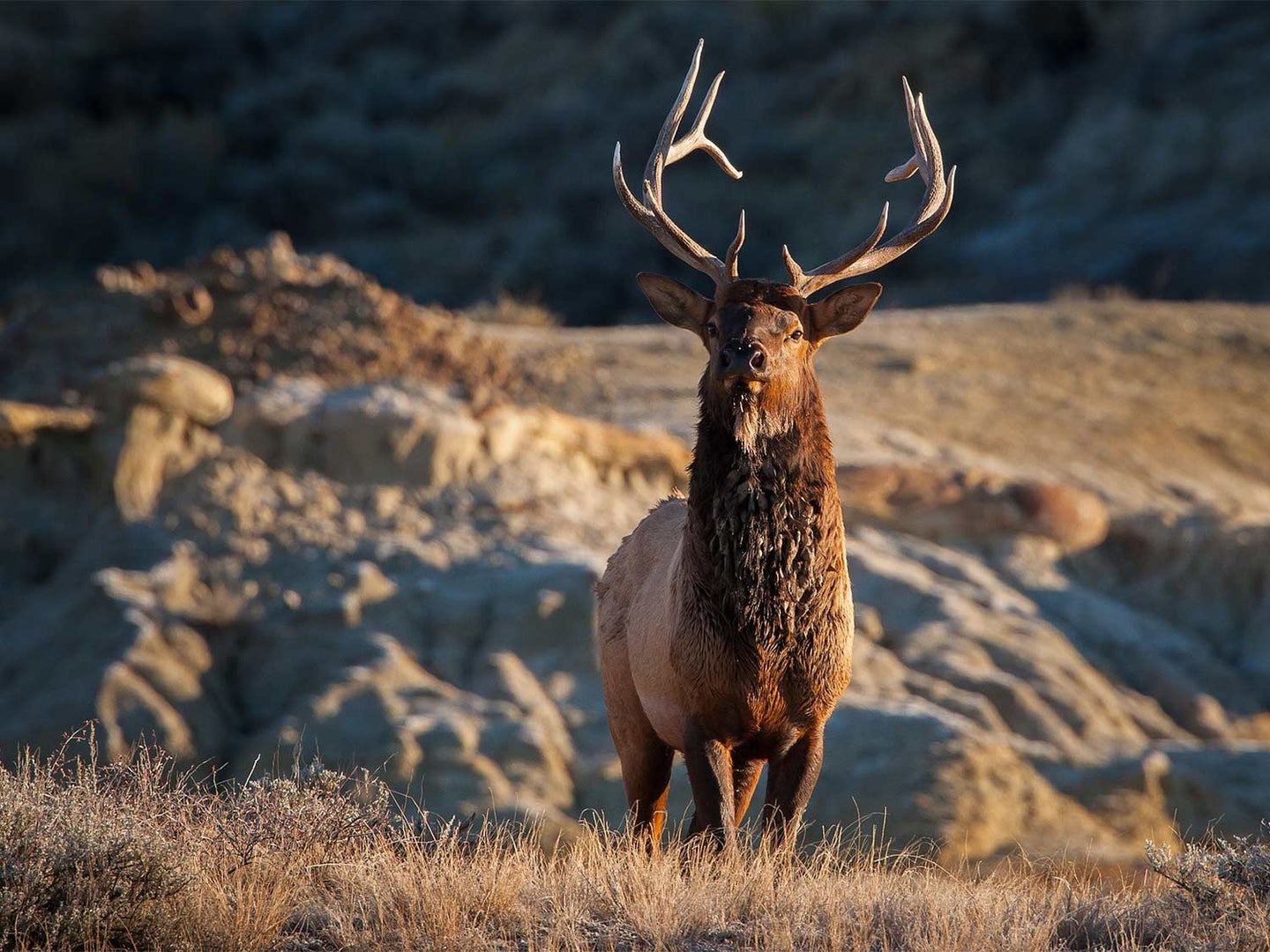 The Six Best Lever Action Rifles (and When to Use Them)

I CAN EASILY measure a rifle’s worth in cold mechanical terms, but not so the lever action. Let me put it this way: Can you picture John Wayne with anything but a lever action? It’s easier to imagine Roy Rogers accompanying himself on the harp, or the Lone Ranger yelling “Hi-yo, Titanium.” The lever action rifle isn’t just a type of rifle; it’s part of our American culture.

For all that, what was once the hunting rifle has faded in popularity. It was long ago up-staged by the bolt action, whose greater precision and power won our hearts and minds and wallets. The lever has also suffered from our current worship of long-range shooting, and the fact that we now hunt deer from trees, where its wonderful handling qualities are not appreciated, instead of on our two legs.

But is it obsolete? Not likely, pilgrim.

The first practical lever-action repeater—the Henry—appeared during the Civil War, and its successor, the Winchester Model 66, arrived just as our great westward expansion began. Soldiers and frontiersmen alike doted on the lever action because, unlike all other rifles of the day, it shot a lot without reloading—and it kept on shooting no matter what you did to it. So that is the first of the lever’s virtues: It is dead reliable, even when neglected.

Levers came in all shapes and sizes, but the most popular were short barreled. Few firearms ride as well in a saddle scabbard. You could have it in your hand and on target quickly. And you could get off repeat aimed shots quickly, with a minimum of practice. A really skillful shooter could fire rounds so fast, they sounded like a drumroll.

Of course, the lever rifle had its drawbacks. It wasn’t as strong as single-shots and bolts. In the era of blackpowder cartridges, for which levers were originally chambered, this didn’t matter so much, but when smokeless powder became the standard, and higher pressures along with it, the lever action lost ground to the bolt gun. The old levers could not tolerate the pressures generated by modern cartridges.

Their tubular magazines complicated matters. To shoot at long range, you must use pointed bullets, but if you load a tubular magazine with spitzers, the point of each slug rests on the primer of the round ahead of it. When you pull the trigger, the round in the chamber may not be the only one that goes off.

Nor was the lever action designed for precision shooting. The trigger pulls were nowhere near as good as those of bolt rifles, and the way the guns were constructed meant they would never be as accurate. When you attach a magazine tube to a barrel, or attach a fore-end with a barrel band, you doom the gun right there.

Over the years, several manufacturers have attempted to produce lever actions without the lever’s limitations. Probably the most conspicuous failure was the Model 88 Winchester. Arguably the best-looking lever gun ever made, it fed from a box magazine, so you could use pointed bullets, and had the same type of bolt lockup as a bolt action, so you could use modern, high-intensity cartridges. It had a truly dreadful trigger, however, and was capable of only mediocre (by bolt-action standards) accuracy.

Still, this rifle action should be appreciated for what it is. Here’s a short review of the state of the lever:

It set new standards for frightfulness of line and disharmony of shape, but the BLR is one of the best lever action rifles, and its appearance has been improved in recent years. It feeds from a box magazine and is chambered for high-velocity cartridges. Thanks to a ratchet system that runs its bolt back and forward, the BLR is extremely smooth and fast. It remains handicapped by a trigger that you can sort of live with, and accuracy that is, for the most part, okay but no better.

Takedown lever actions are almost as old as lever actions, but the idea has been reborn. This year, Browning is offering takedown models in all its BLR variants. Locked into the receiver, the barrel is released by a lever mechanism. And instead of mounting the scope on the receiver, you put a long-eye-relief model on the barrel, which should eliminate any point-of-impact shift when you reassemble it. Check availability here.

In production for 112 years, the Winchester Model 94 was the first sporting rifle to sell a million—and has now sold seven times that number. So anything I can say about it is moot. If it were my money, I’d look for a pre-64 model and be prepared to pay a few dollars. What I’m not crazy about are the host of commemorative 94s that have been produced—more than 90 models since 1966. Permit me to quote from the 2006 Standard Catalog of Firearms:

“The general liquidity of these commemoratives has not been as good as would be expected…. In our opinion, one should purchase weapons of this nature for their enjoyment factor as the investment potential is not sufficient reason for their purchase.”

Which leads us to Winchester Rifles and Shotguns John Wayne Winchester Model 1892 100th Anniversary Rifle: a .44/40 lever action with all sorts of decoration and a price tag of nearly $3,500. If you’d like to own a gun just like the Duke carried in his movies but with far more bling, be my guest. I prefer to honor his memory by beating the hell out of someone whose politics are to the left of mine and who is much smaller than me. Check availability here.

Never popular, the Winchester Model 71 was made only from 1935 to 1957, in small numbers, and was chambered for an odd cartridge—the.348—that has never been used in another gun. All this aside, it is a superb and unique rifle that shares the virtues of the 94, but with a smoother action and a lot more power.

This sleek rifle lasted only 18 years in the marketplace and does not command a lot of money today on the used-gun market. If you find one in .308 or .358 Winchester, look hard at it, but I can’t get enthusiastic. The trigger varies from poor to awful and can’t be fixed. Accuracy is good at best, and often much less than that. The 88 is a lever gun that wants to be a bolt action but can’t hack it. Check availability here.

There are more Marlin lever variants around than I can possibly go into, but a Marlin 336 in .30/30 or .35 is about as good a deer gun as you can get. And my heart goes out to the Model 1895 Guide Gun in .45/70—very short, very handy, and loads of muscle when used with modern ammo.

If you’re afflicted with Bolt-Action Inferiority Complex, Marlin has a pair of lever guns chambered for the new .308 Marlin Express cartridge, which duplicates the ballistics of the .308 and features, it is claimed, an effective range of 400 yards. They are the MX model (blued, 22-inch barrel, walnut stock) and the MXLR (pictured above; 24-inch barrel, all stainless, laminated stock). As for me, I will stick with the traditional models. They’re closer than anything else on today’s market to the guns of the good old days—blued steel and walnut done right. Check availability here.

Not only was this brilliant design a century ahead of its time, but it was around for a century—1899 to 1999—and was made in a profusion of models. The older, more desirable 99s have rotary magazines; newer, less sought-after versions have detachable-box magazines. Prices for used 99s are going up very sharply, and there is a lot of shuck, jive, and fraud out there, with people paying fancy prices for 99s that aren’t worth it.

Look for a rotary-magazine model in .308 or .300 Savage, or—if you’re willing to pay—hold out for a 99 in .250/3000 Savage. This wonderful little round drops deer with almost no recoil. Do not hesitate to take your 99 in for a trigger job. It’s one of the few lever guns that can be given a decent pull. But some 99s are very accurate while others aren’t, and never will be. Shoot the gun before you pay for it.

IF YOUR LIFE is a waking hell because you can’t make long shots with your lever gun, Hornady may have the solution. LeverEvolution ammo consists of all the old, slow favorites—.45/70, .30/30, .35—loaded with newly designed spitzer bullets that have soft polymer tips, which will not detonate in a tubular magazine. I tried them in my Marlin .45/70, and my guess is they will add 100 to 200 yards to the effective range of any tubular-magazine lever gun. Price depends on caliber (hornady.com).

How to Shoot a Lever-Action Rifle Like a Cowboy

Lever guns are for shooters who don’t tolerate shenanigans. Chicken-eating coyotes, cattle rustlers, horse thieves, sage-brush jackrabbits, and sly heavy-horned bucks are all are fair game for a shooter with a lever action.

But if you’re going to tote a Model 94 or a Marlin 336, you’d better know how to run one. Sadly, these days most shooters who shoulder a .45/70 have no idea what they’re doing and probably shouldn’t be shooting a Daisy Red Ryder, let alone a big bore.

To improve your cowboy cred, we reached out to Deuce Stevens for his top shooting tips. In case you just fell off the 3:10 to Yuma, Stevens is a world-champion cowboy-action shooter who has set several records, including getting 10 shots on target with a lever -action in 1.57 seconds. Here is what Stevens has to say. — J.B.S.

1. How to Mount a Lever Gun

“The initial mount and cheek weld is the most important element and is often overlooked,” Stevens explains. “That’s where you set your foundation and get a true anchor point for the gun.” Practice with an empty gun by bringing the rifle to your cheek and making sure the action is straight up and down (not canted) and your eyes are staring down the sights.

“You want to put your weak (non-trigger) hand in a good location on the fore-end. My preference is to extend my arm out to the cap on the fore-end or the barrel band,” Stevens says. “My thumb and middle finger wrap around the fore-end, and I put my pointer finger between the barrel and magazine tube and point it at the target.” Be sure to pull the rifle back into the shoulder with enough pressure so that your strong hand is free to run the action and the rifle won’t slip around under recoil.

“Only put two fingers in the lever—your middle and ring fingers—and slide them all the way to the front of the lever,” Stevens says. “My pinkie is outside the lever and pushes up on it when I’m chambering a new round.” Also, don’t wrap your thumb around the tang. Lay it alongside the stock. You’ll run the gun faster.

“Replacing the springs and firing pin with an upgrade kit will make your gun run more smoothly,” he says. Check out longhunt.com. For less than $50 you can make your -lever action quicker and slicker.

5. How to Channel Your Inner Cowboy

“If you can get two or three shots on an 8-inch plate at 50 yards in less than five seconds, that’s fantastic,” he says. Wrap some leather around your loop, put some tape on your knuckles, invest in a few boxes of ammo, and get shooting until you can do it like a true cowboy.

Field and Stream is dedicated to covering safe and responsible gun ownership for hunting, recreation, and personal protection. We participate in affiliate advertising programs only with trusted online retailers in the firearms space. If you purchase a firearm using the links in this story, we may earn commission