They're not lumbering lumps of lead anymore. 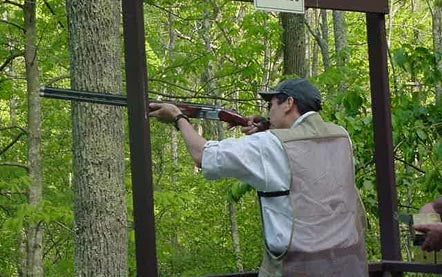 Over the last few decades, ammo makers seeking to improve on the standard shuttlecock shape of the slug have come up with numerous designs, from long and wasp-waisted to short and fat. Basically, however, you can identify most modern slugs as belonging to one of two schools: the “sharper scalpel,” which makes use of premium handgun and muzzleloader bullets; or the “bigger hammer,” which celebrates the shotgun’s ability to put .73-inch holes in things. Following are three new slugs for 2003: one blade, two bludgeons.

Winchester 20-Gauge Platinum Tip
This 23/4-inch, 20-gauge sabot round contains the same Platinum Tip bullet that Winchester loads in their .454 Casull handgun hunting ammunition. The .454 Casull may be a giant, scary handgun, but these 260-grain, .45-caliber bullets are dainty by shotgun-slug standards. Driven at 1700 fps, and far more aerodynamic than most slugs, the Platinum Tip retains velocity-and energy-extremely well. At 100 yards, it hits with as many foot-pounds as a 12-gauge Foster slug does at the same distance. You can sight these in for 100 yards and hit only 1.1 inches high at 50 yards and 2.2 inches low at 125. For a shotgun slug, this is laserlike performance. Better yet, their light weight means they won’t hit you with the fearsome recoil we slug shooters know so well.

Lightfield Commander IDS
Although Lightfield’s Commander IDS isn’t completely new, it has undergone a redesign for 2003. The Commander is a squat cylinder of lead with a near-bore-diameter ring at the top. IDS stands for “Impact Discarding Sabot”: The back end of the slug fits into the attached one-piece sabot, which is essentially a wad that encases the rear of the projectile. Upon ignition, the sabot engages the barrel’s rifling and travels with the slug to the target. The slug weighs 11/16 ounces, leaves the muzzle at 1800 fps (3-inch) or 1900 fps (31/2-inch), and is deadly accurate in rifled barrels.

This year, Lightfield made the Commander’s sabots tougher, which in turn allowed the use of much softer, 99.9 percent pure lead slugs for increased expansion. Already known for putting huge holes in deer, these will now make even bigger, better holes. But is this progress?

Randy Fritz, the maker of Tar-Hunt slug guns and Lightfield’s consultant, answers that question as only a native of Pennsylvania’s crowded deer woods can: “In some parts of the East, you may have a hunter every 70 yards. If your deer runs at all after you hit it, three more people will shoot at it. You want a slug that stops deer in their tracks.”

Remington BuckHammer
A look at Remington’s aptly named BuckHammer reveals an attached sabot slug modeled in part after the Lightfield Commander. The BuckHammer weighs a full 11/4 ounces and has a muzzle velocity of 1550 fps. Although it doesn’t shoot any flatter than Foster-type slugs, it is much more accurate out of a rifled barrel.

I recently had the chance to test-fire the ammo with Weatherby’s dandy SAS autoloading slug gun. My five-shot groups at 100 yards measured just over 3 inches. When I fired a couple of the projectiles into a bank at much closer range, they blasted tunnels in the dirt big enough to house whole families of gophers. The slugs I recovered had expanded to almost an inch and a half in diameter.

Awesome though all three of these slugs may be when it comes to downing deer, they still remain vulnerable to both brush and wind. No matter how massive the slug, you can’t blast it through brush and expect to hit your target. And even a relatively mild 10-mile-per-hour breeze can shift the point of impact several inches at 100 yards. You should consider 150 yards to be the absolute maximum range for shotgunning whitetails. Outside that distance, you might as well try shooting with marshmallows. Inside 150 yards, however, our beloved lumps of lead are as good as gold.