Inexpensive guns from the Russians and the Turks. 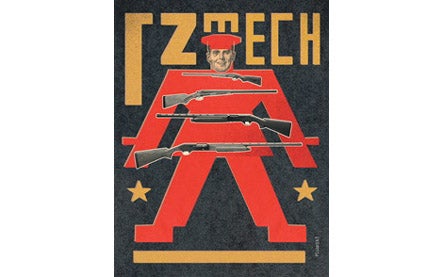 Russian and Turkish guns have trickled into the United States in years past, but it’s time to brace yourself for the flood. Production and labor costs prevent stateside manufacturers from making over/unders and side-by-sides that compete in price with break-action guns like the Russian Baikals. Unable to beat them, American manufacturers have joined them, pledging to stand solidly behind their imports and service them in this country.

DURABLE GOODS
Almost every break-action Russian gun sold in this country comes from the massive Izmech factory located in the Ural city of Izhevsk. A city in itself, Izmech employs 35,000 workers, many of whom live in apartments within the factory complex in good Collectivist fashion.

European American Armory Corp. (321-639-4842; www.eaacorp.com) began importing Baikals to the United States in 1997. Since then, this full line of cheap-as-dirt (prices start at $399), solid-as-a-rock o/u’s and side-by-sides has earned a loyal following.

Two years ago, Savage Arms (413-568-7001; www.savagearms.com) entered into an agreement with Baikal to produce the Stevens 411 side-by-side, a Russian take on the long-discontinued Stevens 311 model. The result features neatly cut checkering, nice bluing, and game scenes etched on its side plates. It’s not the equal in finish of a Citori or a White Onyx, but for $425 it’s a good-looking gun. Available in 12-gauge, it has a single selective trigger and ejectors. I found it a tad bulky but quite shootable on my local five-stand course.

In early 2004, Remington announced that it would import and brand Baikals under the name Spartan Gunworks, most of which will be sold at the big-box marts. The Spartan line consists of o/u’s, side-by-sides, and single-shots in 12, 16, 20, 28, and .410. The first two styles sell for $400 in single-trigger and $320 in double-trigger versions; the third costs about $100. I recently shot the 20-gauge o/u, which weighed in at a hefty 6 pounds 15 ounces with 26-inch choke-tubed barrels. It had an unadorned receiver and matte-finished walnut with crudely cut checkering. Though it was neither a thing of beauty nor lively in my hands, it is an affordable, rugged shooter you can leave in the truck as a backup all season and use as a jack handle in a pinch.

[NEXT “Guns and Prayers”] GUNS AND PRAYERS
We know Turkish walnut makes fine gunstocks, but Turks know how to build the rest of a gun, too. There are over 300 gunmakers in Turkey, most of them scattered in tiny villages across the countryside. Turkish factories are a mix of East and West, where tea carts wheel from workbench to workbench, and prayer rooms for the Muslim workers stand next door to CNC machines.

Turkish guns can be of excellent quality. The Stoeger (301-283-6981; www.stoegerindustries.com) 2000 auto made by Vursan is a near carbon copy of the Benelli Montefeltro. Vursan’s owners, Benelli/Beretta, admit that the return-for-service rate on 2000s actually runs lower than on Benelli autos. While the fit and finish of the 2000 may not be up to Benelli standards, they start at $420, are very reliable, and come in wood- and synthetic-stocked models in 12-gauge.

Mossberg’s (203-230-5300; www.mossberg.com) new Silver Reserve o/u, built by Kayhan, boasts the looks of a gun costing more than its $660 list price. I hunted doves with early versions a year ago and was impressed with the finish and function. At 73/4 pounds, the 12-gauge is no wand, but it’s lots of gun for the money.

Unlike the Russians, the Turks aspire to building finer guns. **The Hatfield **(816-233-9106) Uplander has beautiful lines, a case-hardened receiver, good wood, and perfectly cut checkering, and it starts at $1,495. The Uplander is a sign of things to come from Turkey, which may someday rival Spain as a maker of reasonably priced fine doubles. In the meanttime, Russian and Turkish imports promise us “entry-level” guns at true entry-level prices.

Steel, Hard & Quick
Hevi-Steel shot from EnvironMetal (541-367-3522; www.hevishot.com) uses the same production methods and materials as Hevi-Shot but with less tungsten added to the mix. The resulting pellets are denser than steel but lighter and much more affordable than Hevi-Shot. Available in B, 2, 4, and 6 shot in 11/8-ounce loads, Hevi-Steel offers blistering velocities of 1550 fps and better downrange performance than standard steel. The pellets are very hard, and the loads are buffered with plastic to protect gun barrels. I shot some at ducks early last season and noted that it hit birds very hard indeed. The price runs about $19 per box of 25, $5 more than premium steel but well below Hevi-Shot’s $1.50-plus per shell. -P.B.