How to Fix Your Kid’s Bad Shotgunning Habits

How to Fix Your Kid's Bad Shotgunning Habits 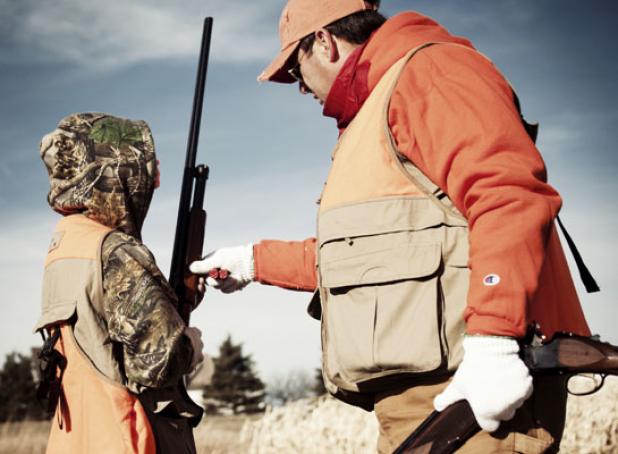 When you taught your son or daughter to shoot a shotgun, you meant well, but you probably taught some bad habits. That’s a harsh statement, but it’s the only conclusion I can draw after coaching high school trap for the past three years. Kids join our program as ninth graders, and most come to us with bad habits fully formed. They aim. They flinch. They lean back. They miss many birds and targets.

However, an ounce (but definitely not 11⁄8 ounce) of prevention is worth a pound of cure. If you have kids to start, here are five pitfalls to avoid. If you have already gotten off to a bad beginning, the sooner you undo the damage, the better.

Mistake #1: Starting Too Young
How It Shows: Kids who aren’t big enough to hold a shotgun yet bend backward to support its weight. Ingrained habits die hard: I have seen 6-foot-tall 17-year-old boys lean back and heave a gun to their shoulder as if it weighed 50 pounds.

The Right Way: It’s natural to want to get kids shooting as young as possible, but they should be at least 5 feet tall and 80 pounds, and/or over the age of 10. I started my sons at 11 and 12, and even then we took frequent breaks.

Have kids stand nearly square to the target, feet no more than shoulder width apart. Tell them to think “nose over toes” so they lean slightly forward with a little more than half their weight on their front foot. Leaning into the gun lets your body absorb recoil.

Mistake #2: Using a Gun That Hurts
How It Shows: Kids will snatch the gun down off their shoulder as soon as they pull the trigger to get the source of pain away from their face. Some will jerk their head up off the stock or even close both eyes.

The Right Way: Both 870 Express and Mossberg 500 youth models are good, kid-size first guns, but they are very light and deliver a sharp rap of recoil with standard loads. Either reload some 3⁄4-ounce practice ammo or buy Winchester Winlite or Fiocchi’s mild 1045-fps, 3⁄4-ounce Trainer loads for your young shooter.

You have to watch kids carefully for signs of recoil fatigue because some won’t admit the gun hurts. When your kids outgrow their youth gun, buy nothing heavier than 1180-fps target loads for 12-gauge practice.

Mistake #3: Shooting From the Wrong Side
How It Shows: Shooting with one eye shut, or cocking the head at an angle over the stock to use the off-side eye, is a sign that a shooter is right-handed and left-eyed, or vice versa.

The Right Way: Teach kids to shoot from the dominant side from the start. Give them an eye dominance test. Watch carefully and test both eyes; some kids will cheat. A rare few are truly center–dominant or “both-eyed.” They will need a spot of tape over the eye on the off side of their glasses to block that eye’s view of the barrel. Everyone else should shoot from the dominant-eye side. Period. My left-eyed right-handed older son has never fired a gun off his right shoulder in his life and he does very well in the field. I’ve made kids who already have shot from the wrong side switch to the correct one, and they pick it up surprisingly quickly.

Mistake #4: Aiming a Shotgun Like a Rifle
How It Shows: Kids “ride” targets trying to see a perfect bead-target alignment. They shoot too late because they stopped the gun to check the lead.

The Right Way: Start kids with shotguns before they shoot rifles. It is much easier, I believe, for a shotgunner to learn to aim a rifle than it is for a rifle shooter to learn not to aim a shotgun. Stress shooting with both eyes open, and pulling the trigger the instant the shooter is on target. Since it’s possible to aim at straightaway targets with fair success, include crossers and incomers in your practice sessions.

Mistake #5: Mounting to the Shoulder First
How It Shows: A kid shoulders the gun, squishes his or her head down onto the stock, then looks for the target. Bad gun mounts are the result of practicing only with a premounted gun.

The Right Way: Let kids take their first few shots with a mounted gun, but make learning to start from a gun-down position a goal of your training sessions. The gun mount should be the swing: The muzzle moves to the target as the stock comes up, and you trigger the shot as soon as the butt meets your shoulder.

On days you don’t shoot, have them practice 10 to 15 gun mounts with an unloaded gun under your supervision, pushing the muzzle to the target as they raise the comb to their face. They may not get straight A’s at school, but if they do their shotgunning homework, they will learn to shoot straight, which is almost as important.