This June, Justin Murphy, 17, tripped and fell on his 6-inch blade while coyote hunting near Mechanicsburg, Ohio. He tells... 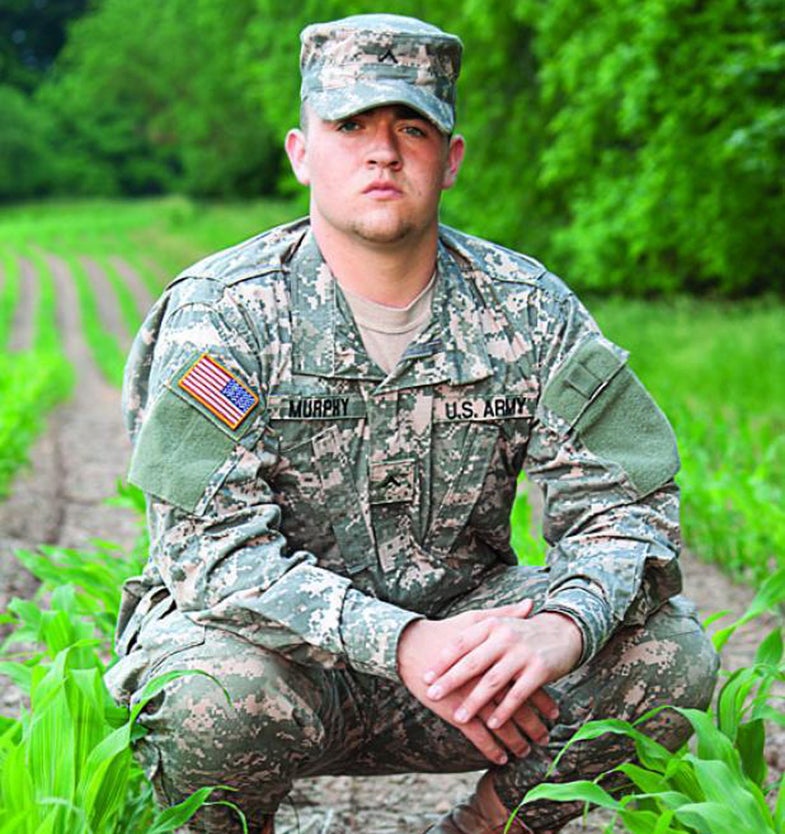 This June, Justin Murphy, 17, tripped and fell on his 6-inch blade while coyote hunting near Mechanicsburg, Ohio. He tells the story:

It was my last day at home before I was scheduled to leave for two months of basic training with the U.S. Army, so I decided to spend it hunting coyotes with my friend Derek Fullen in the woods surrounded by cornfields on a neighbor’s property.

That evening, we heard some howls in response to our calls, but no coyotes came in. We called it quits around 11 p.m., and started walking the half mile back to my house.

I had unsheathed my Buck 119 Special and was comparing it to the knife that Derek had just bought, a SOG Seal Pup, as we walked. As we were crossing a section of cornfield, something caught my leg and made me stumble. Instead of dropping my knife like I should have, I gripped it as I fell to the ground, landing on top of it. The 6-inch blade penetrated my upper thigh.

Although we weren’t far from home, Derek and I knew we would be hard to find because there weren’t many distinct landmarks to guide help toward us. The pain was bearable, so I decided to try to walk on the injured leg.

After about 10 minutes, I started getting dizzy and went into a cold sweat. I told Derek I thought I might pass out. He urged me on until we arrived at my house 20 minutes later, and my stepdad called 911. Given my condition when the paramedics arrived—they estimated that I had lost almost a liter and a half of blood—I was airlifted to a hospital in Columbus.

That’s when the severity of my situation hit me. I finally recognized that my body was going through symptoms of shock. Strangely, I was more nervous about being in the helicopter.

At the hospital, stitching the wound was not an option. It was 3 inches wide and 4 inches deep, and because my knife wasn’t sterile when it entered my leg just 1 centimeter from my femoral artery, I was at risk for infection. They cleaned and bandaged the area, gave me some Vicodin, and observed me overnight.

Because of my leg, I have to wait until next year to begin basic training. I plan to pass the time hunting whitetails. This time I’ll keep my blade sheathed while on the move. Accidents can happen anytime. —As told to Tommie Ethington

From the October 2012 issue of Field & Stream magazine