Photo by: Donald M. Jones “The only other time I’ve managed to photograph a grouse expanding his ruff for a... 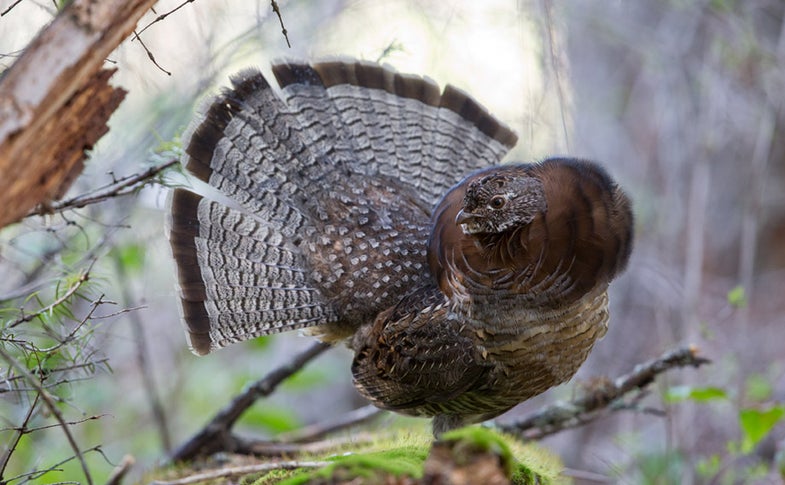 “The only other time I’ve managed to photograph a grouse expanding his ruff for a hen was back in the days of film–and it didn’t turn out nearly as well as this shot,” says Don Jones. He took the hard-won photo only 5 miles from his Montana home in April. “Bull grouse have multiple drumming logs they work throughout the day to attract a female. I observed this bird for a long time, found his primary and secondary logs, then covered one with branches so he’d be sure to visit the log 25 yards from my photo blind,” Jones explains. He was careful in timing his approach to the blind, located in an area with plenty of overstory. “A ground bird is very nervous about any type of movement, and they don’t like to see blue sky above them, for fear of predators.”

After waiting for two days, Jones was finally rewarded: “A female made her way around the blind toward his log, and the grouse struck this classic pose. His unusual coloring–mostly gray with red on the ruff–against the green moss makes for a unique photo. Most people never get to see grouse on display up close.”