Schooled: Trophy Bucks That Got Away

Two pros reveal the lessons they learned from trophy bucks that got away. 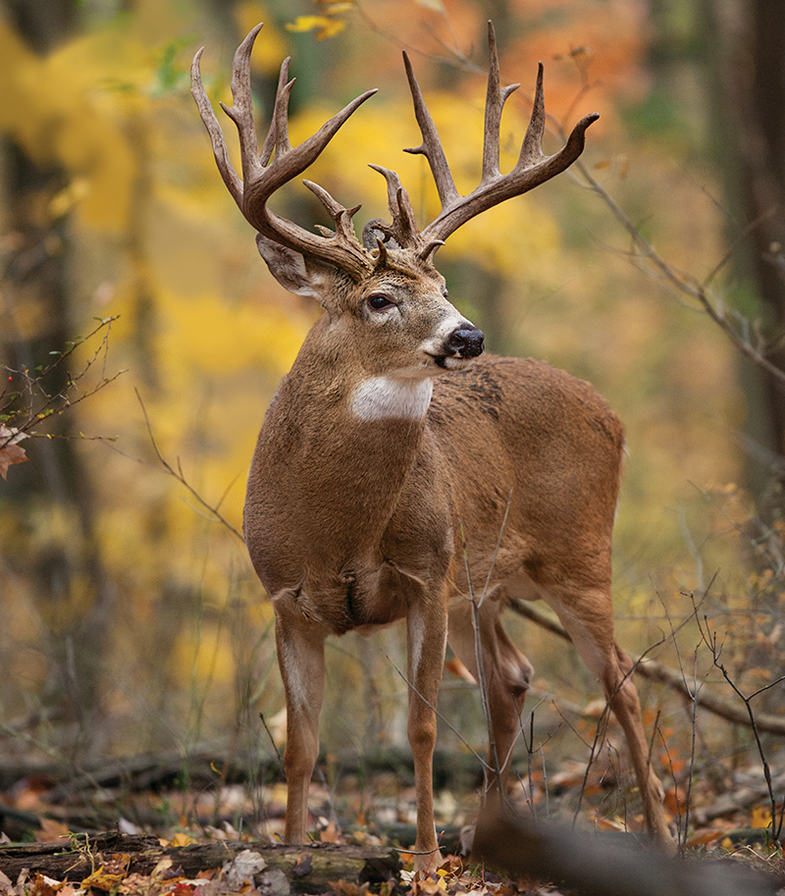 It’s go time: that all-too-brief window when bucks are serious about breeding, and not much else. Success stories abound at this time of year, but even an expert can get schooled, as these two veterans learned the hard way.

The Buck: “The Gasline Giant,” a 170-class bruiser, like the one above.

The Hunt
“In 2010, I was getting pictures of a 5×4 that I figured would score about 135 inches. I had a perfect stand in a funnel on the north end of a 50-acre thicket where this buck bedded. With a west-southwest wind, I could approach from the north to hop in the stand undetected.

“On Nov. 18 I started in another stand, but the wind shifted to west-southwest midmorning, so I snuck into the funnel. Between 10:30 a.m. and 1 p.m., I saw eight different bucks. The last one was the 5×4. He came to a creek crossing at 13 yards. I drew on him with my recurve and made a bad hit.

“I didn’t see him the rest of that year. Then a gas company bought the land north of the funnel, so I had to approach that stand from the south. For another two years, I never laid eyes on the buck. I figured he either died or relocated. Then late last season I got trail-cam pics of a giant deer—170-plus—and knew in an instant it was him. He’d been living right there in that thicket and avoiding me for three seasons.”

The Hard Lessons
“I pushed my luck approaching from the south on a west-­southwest wind,” he says. “My scent must have been making it into the bedding area. I’m convinced that buck continued to live in that 50-acre thicket; he knew every time I was in my stand. This year I have to give up on the funnel stand and find a good spot to hunt on the south end of the thicket. I can’t change the wind.”

The Buck: “The Cedar Point Buck,” a monster 10-point like above

The Hunt
“I hunt 30 acres of woods on the outskirts of town. It’s basically a cedar thicket on the end of a point, with a small food plot on one side. The properties all around are ­heavily hunted. I spotted a nice buck there a couple of times in 2012. He was a perfect dark-horned 5×5.

“I vowed I would hold out for that buck. I saw him once during the rut and grunted at him and he walked off. On the gun opener, I wriggled right into the middle of the cedars to wait him out. He followed a small 5-point to my stand and stopped at 10 yards—but it was so thick I couldn’t shoot. The little one got downwind and spooked, and as the 5×5 turned to leave I shot through a small opening with my muzzleloader but missed. I sat down on the stand, dejected. When I looked up, the 10 was standing in the food plot, 40 yards away. By the time I reloaded, he’d run off.

“When late bow season came, I shot a smaller buck. The next morning, I went back to shoot a doe. I was in the stand 20 minutes when the big 10 walked in and stood at 15 yards. With my buck tag filled, all I could do was watch.”

The Hard Lessons
Gehrke made the right move when he invaded the cedar thicket, but he didn’t prep it right. “I cut a trail to that spot, but I didn’t cut shooting lanes,” he says. “What good is a stand you can’t shoot from? And from now on I’m going to reload my muzzleloader as soon as I fire it.”